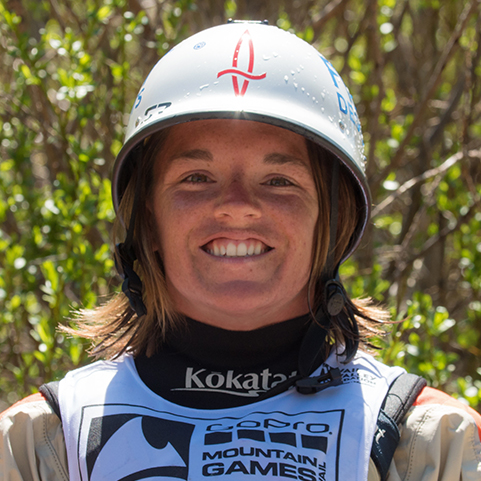 GREENVILLE, S.C. (August 11, 2016) – Dagger is proud to announce that Canoe & Kayak Magazine awarded Dagger Pro Team Athlete Adriene Levknecht with Female Paddler of the Year for 2016. The 28-year-old female paddler is one of the top athletes, male or female, in the largely male-dominated sport of whitewater.

“I am honored to win this award and feel grateful to be among all of the other women who were nominated. It’s been amazing to watch the progression that everyone has had the last few years,” said Levknecht.

The seven-time Green Race winner’s achievements for 2016 span from first place at the Lord of the Fork, second place at the 2016 GoPro Mountain Games steep creek and freestyle, and third at the Little White Salmon.

No stranger to high-stakes competition, Levknecht entered her first world-class competition at age 16 while attending World Class Kayak Academy, hitting the Ottawa River’s famously powerful wave, Garberator. She’s paddled her way to the U.S. Team Freestyle Trials, the 2008 & 2014 World Cup in Europe and has been a member of the U.S. Freestyle Team on three occasions.

“Adriene has been such an incredible contributor to our sport and community. We couldn’t be more stoked for this funny, big hearted, passionate, hardcore Queen of the Green,” said Chris Gragtmans, Dagger’s team manager.

Levknecht holds a shared passion for the sport and commitment to inspire generations of paddlers through various outlets including her role as lead staffer at First Descents. Her win also comes on the heels of her involvement with local youth kayaker’s lemonade-stand-dream-come-true. Levknecht further serves her community as a paramedic.

About Dagger®:
Dagger doesn’t believe in going half-way, or giving “just enough.” In the world of paddling, Dagger is all in, and has been since 1988. From high-performance rec and touring kayaks built for the river to whitewater boats bound for class V creeking and all moving water in between, Dagger designs premier kayaks for the relentless pursuit of adventure.  Located and manufactured in Greenville, S.C., as part of the Confluence Outdoor family, Dagger invites you to share your passion for the water, join the Dagger Community and check out the kayaks at www.dagger.com