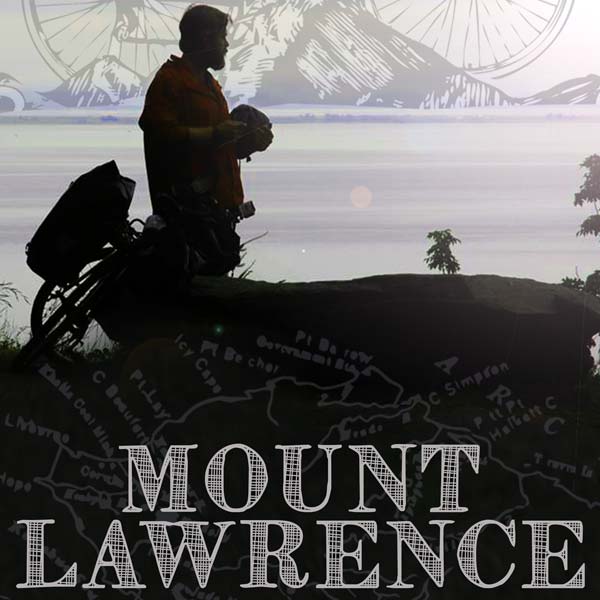 After being screened in numerous film festivals and winning multiple awards, “Mount Lawrence” is now available for rental and download on Film Festival Flix. “Mount Lawrence” is a feature length documentary film directed by and focusing on Chandler Wild, a young man on a 6,708 mile bicycle journey from New York to Alaska where he’ll name a mountain after his father.

“Nine years ago today my father became a victim of suicide. Ever since then I’ve been on a journey of grief and healing, the culmination being when I took off three years ago on the road with my bicycle, some cameras, and a dream that if rode my bike to the end of the road in Alaska, climbed the first unnamed mountain I could find, and named it after my father I would have the answers about depression, suicide, and my father that I was looking for.

That journey became the film “Mount Lawrence”. I can’t say that it answered all of my questions, but I will say that one of the most important things it has done was to help me break down the stigmas I placed around mental illness and encouraged me talk about my father’s sickness in a way that will hopefully help others. Our choice to release the film on the anniversary of my father’s death is in hopes to help raise awareness about suicide prevention and mental health awareness.” – Chandler Wild, Director and Subject

“I was moved by the scale of Chandler’s adventure, his ability to open up emotionally, and his commitment to document the journey. This is an experience we want to share with our audience.” – Film Festival Flix CEO, Benjamin Oberman

“Mount Lawrence” is now available On Demand for streaming rental and download purchase on the Film Festival Flix website and Roku Channel. The release is planned to expand onto other digital platforms and the film is available for theatrical event booking.

Film Festival Flix is a film distribution platform connecting audiences with unavailable and hard to find films curated from festivals around the world. The company is the home of the online Mountain & Adventure Film Festival, and makes films available On Demand through its website, smart TV and mobile apps, and branded channels. In your home or on the go, we bring the festival to you.