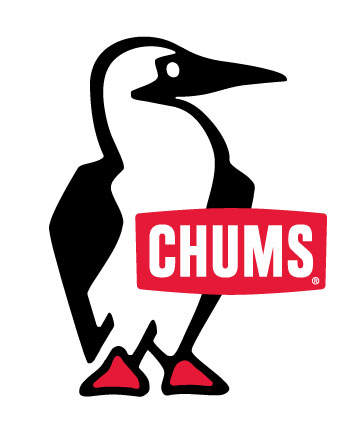 “We are super excited about the team we have assembled,” said Chums Director of Marketing Colleen Gilligan. “Chums has been around for over three decades, so naturally we’ve made some pretty awesome friends—friends that are adventure seekers and the kind of people who look for hair-raising, butterfly-inducing, epic experiences. We look forward to growing our team in the future and welcome each angler, paddler and explorer to the Chums family!”

Blake Wilson grew up fishing with his dad and has been a guide with Glacier Anglers in northwest Montana for four seasons. He loves the pursuit of trout and everything that comes with it. Follow Blake at @blake_wilson_

LeAndra Guerike spent her summers growing up working as a fly-fishing guide at Glacier Anglers and still guides for them today. When she’s not guiding or working at Alta, you can find her fishing (more), camping, hiking or skiing. Follow LeAndra at @leandra_guericke

Tyler Woolcott , a Florida Native has spent his entire life on the water. Woolcott began tournament fishing in a Central Florida Jr. Bassmasters club at the age of 13 and since then moved up the ranks: High school fishing to College fishing to competing as a Co-Angler and now has the opportunity to fish as a professional on the FLW Tour. Follow Tyler at @tylerwoolcott

Noah Lynk’s love for fishing started in Molokai, Hawaii where he was raised, and today you can find him along North Carolina’s Crystal Coast catching everything from trout to flounder to king mackerel. Follow Noah at @noahlynk

Shane Green got his first shot on the river after a local radio station offered a $10 trip and hasn’t looked back since. With over 29 years running the river, he is a local legend on the Ocoee. Follow Shane at @shane.green.grp

Tyler Bradt has spent his life exploring the world from the seat of his kayak since age six. Traveling extensively and exploring some of the world’s most remote rivers continues to be Tyler’s core passion and focus as he lives his life from one adventure to the next. Follow Tyler at @tylerbradt

Jo-Beth Stamm was hooked after one trip down the river and now calls the Gauley home. She paddles on a women’s raft racing team (Sweets of the East) that will compete in the Nationals this fall and lives for the magic she finds on the river. Follow Jo-Beth at @wvjb

Tyler Soule grew up on the river with his parents. He has 30 rivers, 13 summers and three countries under his guiding belt and loves the guide life. Follow Tyler at @souletyler

Seaver Taylor decided “to try out this thing called rafting” years ago and has never turned back. You can find Seaver on the Chattahoochee living the dream. Follow Seaver at @seavertaylor25

Bobby Perkins was born in Wisconsin, traveled the world, and studied in Utah before finding his way north to Jackson Hole, Wyoming where he guides for Mad River Boat Trips. On his days off, you’ll find him practicing cello, studying world religions or just straight chillin’. In true river guide fashion, Bobby is not on social media so if you want to know more, find him on the river.

Anna Toll hails from the Tar Heel state and moved out to the Rocky Mountains for the summer in 2013 and never left. Her heart is on the river or in the backcountry with her camera in hand and she is never found outside without her sunglasses (and Chums). Follow Anna at @acwong

Kaitlyn Farrington, an Olympic Gold Medalist in Snowboard Halfpipe, retired from competitive snowboarding and now focuses her efforts on exploration.  She recently completed a volcano tour, summiting 24 volcanos in the PNW in addition to snowboarding he highest peak in North America, Denali.  Farrington is an avid supporter of POW (Protect Our Winters) and B4BC (Boarding for Breast Cancer).  Follow Kaitlyn at @kaitlynfarr

Stacy Bare was one of the 2014 National Geographic Adventures of the Year, the 2015 SHIFT Conservation Athlete of the year and calls Salt Lake City home with his wife, daughter and a Hemingway cat. He is a self-described “intermediate but willing skier, mediocre boatman and adequate climber” and served in Bosnia and Iraq as part of the United States Army. Follow Stacy at @stacyabare

Eric Balken is a native of Salt Lake City and spends most of his winter skiing in and around the Wasatch Mountains. He made a name for himself by scoring the cover of Backcountry Magazine in 2012 and winning local photo and video contests. When not playing in the mountains, Eric runs the environmental nonprofit Glen Canyon Institute. Follow Eric at @ericbalken

Amy David is a professional skier and outdoor adventure athlete.  During the winter Amy travels the world skiing in front of the camera and utilizing her snowmobile to pursue remote backcountry adventures. She spends her summer guiding wilderness backpacking trips for Sawtooth Mountain Guides and is the Retreat Director and lead guide for And She’s Dope Too, a world-wide women’s adventure collective. Follow Amy at @amyjanedavid

Kristian DeWolfe splits his time between Montana, Idaho, and Washington. A junior at Montana State University studying Small Business Management, he spends his free time fishing, skiing, and kayaking. In the summer DeWolfe owns and operates the Columbia Gorge Kayak School on the Klickitat River.  Follow Kristian at @kristiandewolfe

In 1983, a Colorado River guide sought a simple way to keep his sunglasses out of the river and the Original Cotton Chum was born. Thirty-five years later, Chums is now a global brand that offers a wide range of outdoor products and apparel. Chums’ mantra is simple: provide fun, quality products to enjoy while at work or play. Chums: Helping You Hang On Since 1983. Find out more at www.Chums.com