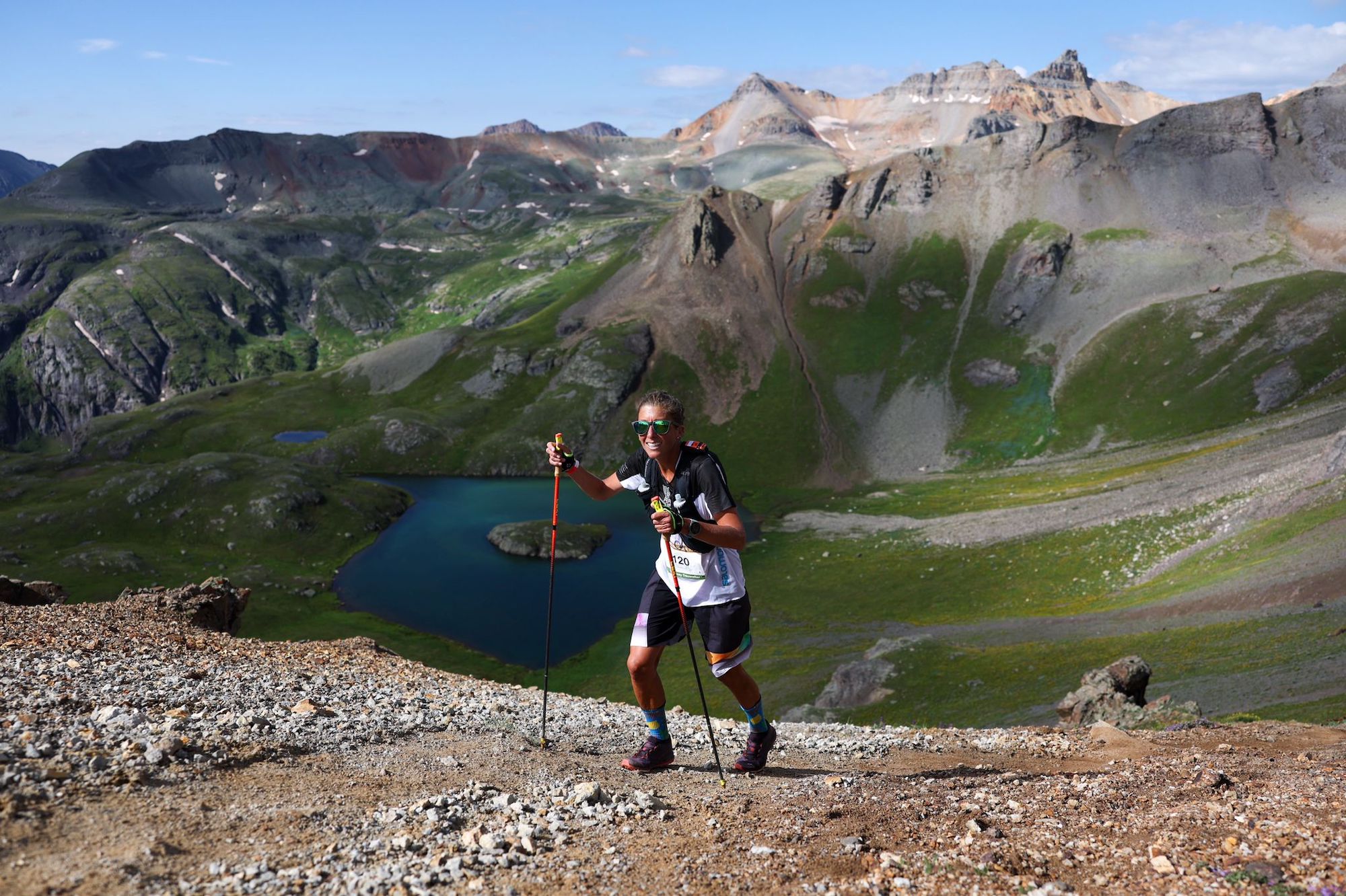 American runner adds to her legacy with record-breaking victory in Colorado; French champion follows up last year’s win with another impressive run

SILVERTON, COLORADO (18 July 2022) /OUTDOOR SPORTSWIRE/ – Salomon athlete Courtney Dauwalter added another line to her ultra-running résumé this weekend, winning the Hardrock 100 Endurance Run in Colorado’s San Juan mountains. The Colorado resident, who has won many of the noteworthy races on the global ultra-running calendar, finished the 100-mile (160 km) race in 26 hours, 44 minutes and 36 seconds. She finished in 6th place overall and was more than seven hours ahead of the next woman competitor.

Dauwalter bettered the previous women’s overall record by a half hour and the previous clockwise course record by nearly two hours. Each year the Hardrock course alternates its direction. This year, it was run in the slower clockwise direction, yet Dauwalter still recorded the fastest women’s time ever done in either direction.

Following the start in Silverton, Dauwalter was virtually unchallenged in the women’s race, running solo or with a pacer the entire way. During her first try at Hardrock in 2021, nutritional issues forced her to abandon the race at the 62-mile mark. She made a point to learn from her troubles a year ago and re-focused on in-race nutrition. She came back from her Hardrock disappointment to win her second consecutive UTMB® last August. With career victories at the Western States 100, Run Rabbit Run, the Tahoe 200, the Moab 240 and Ultra-Trail Mt Fuji, the Hardrock 100 title was the crown jewel still missing from Dauwalter’s trophy case.

In the men’s race, Salomon athlete and defending Hardrock 100 champion, Francois D’haene, also turned in an incredible performance, finishing 2nd to Kilian Jornet in a time of 21 hours, 51 minutes and 21 seconds. Both D’haene and Jornet (21:36:34) shattered Jornet’s previous clockwise course record. The friends and rivals ran nearly the entire race together before Jornet was able to pull away in the last few miles to kiss the rock in Silverton 15 minutes before D’haene. The Frenchman lost time on the final two downhills when the Spaniard picked up his pace on the type of technical terrain he relishes.

“On the last two descents, we went a bit faster, and Kilian was pushing,” D’haene recalls. “I was able to stay close with him on the first descent, but on the last downhill he was very fast with his pacer, and it was very technical and rocky. He took about a three-minute advantage over me, and then I decided to enjoy the last hour of the race. There is a bit of regret, of course, but it was a nice race, a 2nd place finish and I ran a good time, so I enjoyed it and it was a great experience.”

D’haene, who last year broke the counterclockwise course record at Hardrock, ran with Jornet and 3rd place finisher Dakota Jones for the first seven hours of the race before experiencing stomach discomfort that forced him to reduce his pace with an eye toward finishing. He was happy to come through that stretch feeling good enough to challenge for the win in the latter stages.

“It was interesting to see how my body could adapt itself,” says D’haene, who last year became the first person to win the grueling Hardrock 100 and UTMB® races (just six weeks apart) in the same season. “It was not such a good day until the end, but I managed to stay with Kilian and eventually we caught Dakota. Then Kilian and I ran with my pacer, Rickey Gates. The three of us were talking through the night, making sure we didn’t get lost, so that was a very nice experience together.”

In recent years, the four-time UTMB® champion has come to love the terrain and trail running community of Colorado, and this most recent visit nurtured his love.

“It was so nice to be able to be back and see the community here in Colorado,” he says. “It’s the heart of ultra in America. I really enjoy being here and being able to spend nearly two weeks in this amazing place, with a nice community of people, has been such a special experience.”

Courtney Dauwalter and Francois D’haene used all Salomon footwear, apparel and packs, including a number of prototype products created by the Salomon Service-to-Athletes team.

Look for some of these prototype products to be developed for the Salomon range in the coming seasons.

For more information about Salomon, please reach out to Katie Hostetler at katie.hostetler@rygr.us.