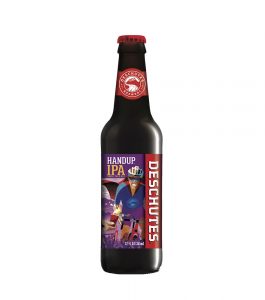 BEND, OR – Deschutes, the tenth largest craft brewery in the U.S. and family and employee owned since 1988, has been named as the presenting sponsor of Virginia’s Blue Ridge GO Cross Race, taking place just over a mile away from the brewery’s Roanoke taproom August 31st – September 1st.

In conjunction with the event, Deschutes will release a North American IPA called HandUp, created to honor Deschutes’ co-owner and cyclocross enthusiast, Colby Nightingale, who lost his life to pancreatic cancer in 2018. One dollar per barrel from all nationwide HandUp IPA sales will be donated to non-profit organizations that support pancreatic cancer research.

HandUp IPA offers the ultimate drinkability with just 65 IBU’s and 6.5% ABV. Driven by citrus, tropical and grassy hop notes, HandUp has a light malt character along with a crisp, dry finish. HandUp is currently shipping to distributors and will be available in markets beginning September 1st.

“Colby’s passion for the cyclocross community was undeniable and honoring his legacy by giving back to cancer research is something the entire Deschutes family is very passionate about,” said Deschutes President and CEO Michael LaLonde. “Cyclocross is part of Deschutes’ DNA and we are extremely proud of our teams in Bend and Roanoke. It was a natural fit for us to sponsor a race event that brings so much joy to our employees and customers.”

With over $12,000 in prize purse money to be split among the divisions, GO Cross kicks off the UCI international cyclocross and USA Cycling’s ProCX calendars in North America. In addition to the elite cyclocross race, there will be amateur and youth divisions, along with a running beer relay and spectator games and prizes. Deschutes Brewery will have a beer garden on the course and multiple food vendors will be on site. Additionally, Deschutes will be serving a limited-edition beer created for GO Cross attendees called GO Cross Podium IPA.

Deschutes Brewery, family and employee owned since 1988, is one of the quintessential beers of the Pacific Northwest. Founded on the guiding principles of true craftsmanship, ultimate quality, and extraordinary consumer experience, Deschutes Brewery is recognized for defining beers such as Black Butte Porter, Mirror Pond Pale Ale,  Fresh Squeezed IPA and the non-stop release of pioneering small batch experimental and barrel-aged beers. Deschutes can be found at its brewpubs in Bend and Portland, Oregon, Tasting Rooms in Bend, and Roanoke, Virginia and at accounts across the country. Visit Deschutes Brewery’s beer finder at https://www.deschutesbrewery.com/beer-finder/ to find a Deschutes beer near you. www.deschutesbrewery.com 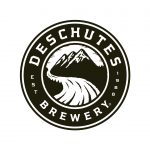 View all Releases by
DESCHUTES BREWERY