(Bend, Oregon) August 1, 2019– Deschutes, the tenth largest craft brewery in the U.S. and family and employee owned since 1998, is proud to announce its marquee partnership deal with the American Ultimate Disc League (AUDL) as the 2020 presenting partner and official beer of the AUDL. Deschutes will kick off the agreement in 2019 as Official Beer of Championship Weekend VIII, taking place August 10-11 in Los Altos, CA.

As the AUDL 2020 presenting partner and official beer, the Deschutes logo will be featured on all 21 team jerseys and fans will have the opportunity to purchase Deschutes beer and AUDL presented by Deschutesmerchandise in stadium at AUDL games.

“The Deschutes Brewery partnership is a historic moment for the AUDL,” saidAUDL Commissioner Steve Hall. “We are proud to have them as the league’s presenting partnerand become part of the brand we present to our passionate fans every day.”

The American Ultimate Disc League (AUDL) was founded in 2012 and strives to maintain Ultimate’s rich history. The league’s 21 franchises embody the robust spirit of Ultimate’s players, fans, and community alike. The 2019 season concludes with the final-four format Championship Weekend VIII which will be hosted at the home field of the two-time AUDL Champion San Jose Spiders.

“The AUDL is non-stop action and delivering our beer to 5,000 thirsty fans during Championship Weekend VIII as well as the entire 2020 season is an awesome opportunity to engage with Ultimate enthusiasts and athletes around the country,” states Neal Stewart, VP of Marketing at Deschutes. “As fans of this innovative league, we are excited about this partnership and proud to become presenting partner and official beer of AUDL 2020.”

To learn more about the AUDL and Championship Week VIII, visit www.theaudl.com

Deschutes Brewery, family and employee owned since 1988, is one of the quintessential beers of the Pacific Northwest. Founded on the guiding principles of true craftsmanship, ultimate quality, and extraordinary consumer experience, Deschutes Brewery is recognized for defining beers such as Black Butte Porter, Mirror Pond Pale Ale, Fresh Squeezed IPA and the non-stop release of pioneering small batch experimental and barrel-aged beers. Deschutes can be found at its brewpubs in Bend and Portland, Oregon, Tasting Rooms in Bend, and Roanoke, Virginia and at accounts across the country. Visit Deschutes Brewery’s beer finder at https://www.deschutesbrewery.com/beer-finder/to find a Deschutes beer near you. www.deschutesbrewery.com

The American Ultimate Disc League (AUDL) was founded in 2012 and is the largest professional ultimate league in the world. It strives to maintain the sport’s rich history, and its 21 teams embody the robust spirit of ultimate’s players, fans, and community alike. The league’s mission is to increase the visibility of one of North America’s fastest growing participation sports by creating fun, family friendly events that showcase the sport being played at its highest level. Visit http://theaudl.com 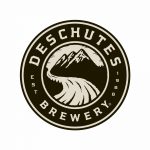