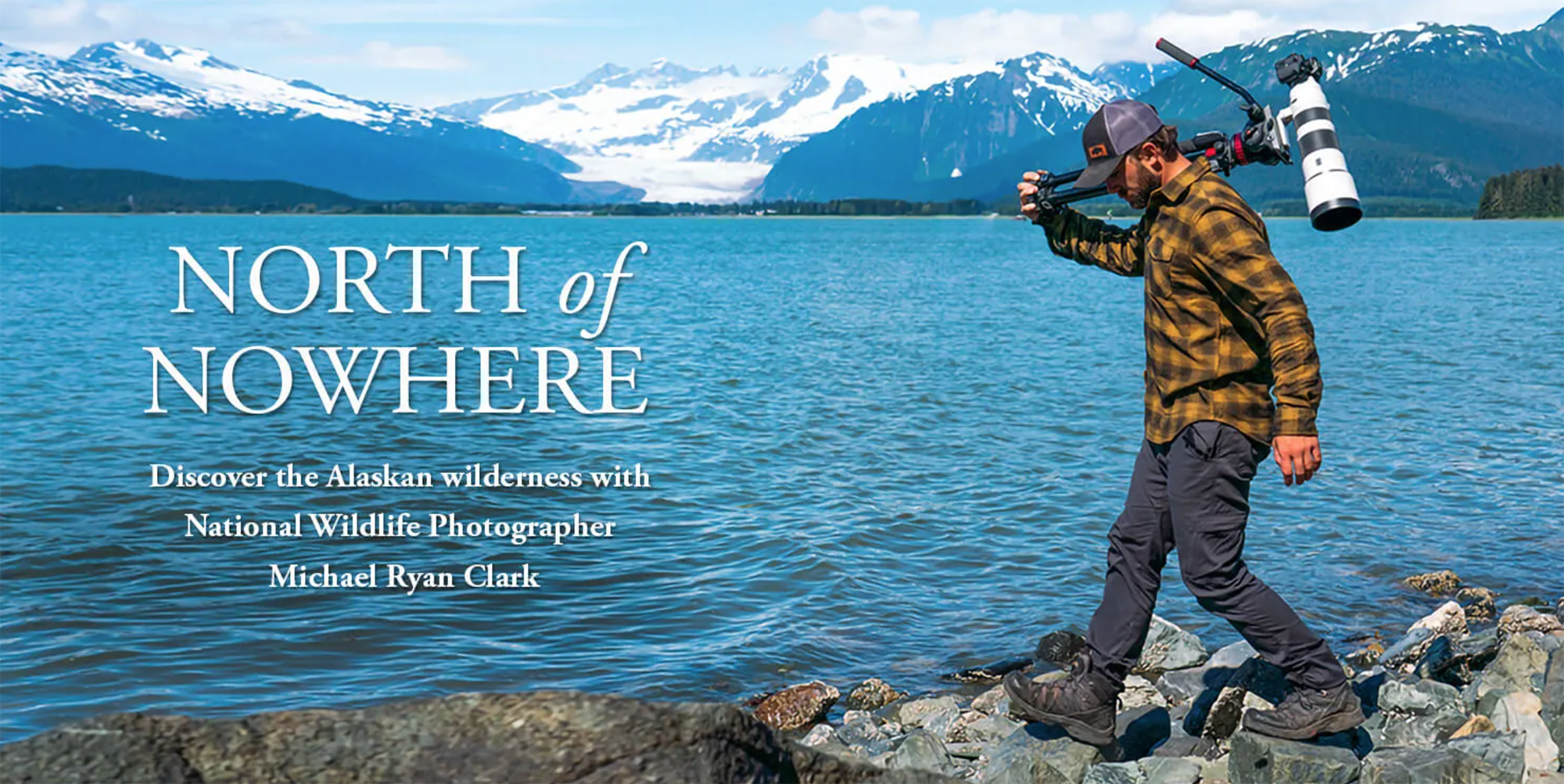 The owners of Dkota Grizzly first met Michael the winter of 2022, at the January Outdoor Retailer Show in Denver, Colorado. It was Michael’s first experience with the pinnacle outdoor market forum. He discovered their booth among hundreds, wearing his own Dkota Grizzly flannel from the famed Kittery Trading Post in Kittery, Maine. Rob Rosenblum, co-owner, designer, and brand maker greeted him with a warm welcome. Michael was motivated to meet the creator of his hands-down favorite daily driver—the Wade flannel jacket. After a hearty exchange about the glories of community-based retailers, Michael’s love of the woods, mountains, oceans, and travel, Rosenblum soon learned of his upcoming Alaska trip and guided Bear tour.

That morning, Rob and Michael were locked into new plans for a season of shooting and video journals documenting Michael’s upcoming travels. Dakota Grizzly will be revealing his hard work and video shorts now and through the 2023 sales season.

We caught up with Michael recently between forays, to gain some feedback, “I want to emphasize, all the products I have been testing are simply tough. I put them through a great deal under variable conditions. The brand is a stickler for detail, and as a result the clothing has not torn, cleans well, and keeps going. I’m thoroughly impressed. And I am not easily impressed. Absolute performance is critical in my work.”

Michael Ryan Clark is a filmmaker and photographer and has dedicated his life to creating impact-driven conservation media. Documenting conservation stories has taken Michael across six continents and dozens of countries. Michael has contributed photos and video to National Geographic, accepted awards at the United Nations, and worked with companies such as Disney, CBS, PBS Nature, and has partnered with various non-profits. He enjoys using storytelling skills gained from his English degree at Boston University, in conjunction with his passion for media, to create content that brings awareness to conservation issues.

His most recent project in the rainforests of Alaska, was created in partnership with a Native Alaskan leader and more than a dozen nonprofits. It served as the landmark promotional video to protect the Tongass National Forest.

Michael is a skilled survivalist, climber, and adventure athlete. Crossing crevasses at 19,000 feet, rappelling from Jeeps to photograph climbers in the slot canyons in Utah, and living in remote unstudied jungles. Michael splits his time spending summers in Alaska and traveling nomadically in his favored Ford Transit camper van.

Founded in 2007, DKOTA Grizzly was created for men looking for uniquely designed rugged, lifestyle apparel crafted with an eye for detail and exceptional fit. Dkotagrizzly.com

View all Releases by Bethcochran67