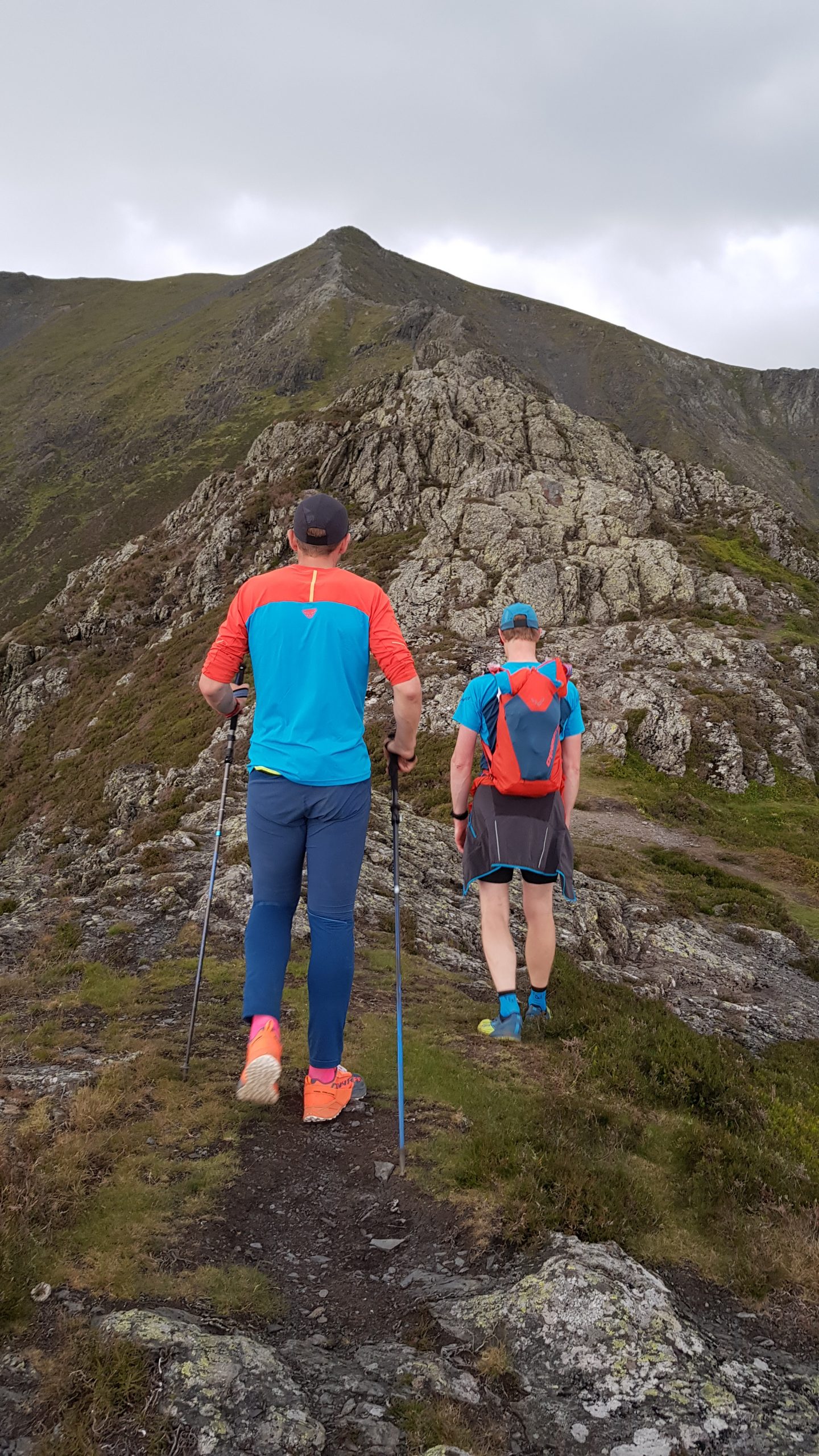 Trail Running Sensation “The Big 4 at 40”

Pushing the limits for a good cause: On June, 20, 2021, Ross Jenkin finished his pet project, “The Big 4 at 40.” As the first runner to do so, he completed the four big trail running races in UK in a row – the Paddy Buckley Round in North Wales, the Denis Rankin Round in Northern Ireland, the Ramsay Round in Scotland, and the Bob Graham Round in England’s Lake District. He also racked up a sensational time. Altogether, he covered 396 kilometers and 36,874 meters of climbing, traversing 153 summits, and rested just a little on the drive between the four feats. With his fundraising project “The Big 4 at 40,” the 40-year-old Brit promoted the topic of mental health. Himself a sufferer of longtime depression, he would like to encourage others to face their mental health issues. The extreme athlete is thus using his record-breaking run to call on people to talk openly about the topic.

These four well-known trail running classics are considered challenging 24-hour runs that demand everything from experienced runners. For DYNAFIT athlete Ross Jenkin, one would be a challenge on its own but that wasn’t enough. The 40-year-old police officer from Cumbria had set himself the goal of conquering UK’s “Big 4” one after the other without long breaks. His motivation for the project is explained by Jenkin in this way: “I have suffered a long time with terrible depression and wanted to encourage others to do something to help them and their men- tal health. I can say with complete conviction that I am much better now than before this project and all of the preparation that went with it” said Jenkin. “Last year, I turned 40 and to some extent I suppose it was some kind of midlife crisis that spurred me to take on this challenge. My message to everybody: Don’t man-up, speak-up! It is essential to speak openly about psychological problems.”

Jenkin started his fundraising project on Sunday, June 13, 2021, with the Paddy Buckley Round in North Wales, taking 25 hours and 36 minutes to complete it. After that, the DYNAFIT athlete went on to the Denis Ranking Round in the Mourne Mountains of Northern Ireland, needing 23 hours and two minutes. Following that came the Ramsay Round in Scotland, which took him 29 hours and seven minutes, after which he headed to the Bob Graham Round as his final event. The last race took the Brit 32 hours and 59 minutes. On Sunday, June 20, 2021, at 1:48 (British Summer Time), Ross Jenkin reached his last finish line after seven days: the Keswick‘s Moot Hall in Cumbria. A little rest and sleep came only for this exceptional athlete on the drives between the four races.

With his successful finish, the 40-year-old completes his long-held dream. Last year, Jenkin had attempted the endeavor of running the four race classics one after the other but had to drop due to injury and bad weather. Meaning the athlete was all the happier to celebrate his successful finish with his team on the second attempt: “The Bob Graham Round really took something out of me at the end. My body was really done, and I had a lot of pain. But I somehow fought it out, due in no small part to the support of my friends and family who cheered me on and motivated me during the race – above all, my wife Maria. Keswick is my home and therefore it was huge for me to finish my project right there,” said Jenkin happily.

THE DYNAFIT MUST-HAVES FOR ROSS JENKIN FOR HIS PROJECT

“In order to conquer such long distances, you need a running shoe with a lot of cushioning, protection and com- fort. The DYNAFIT Ultra 100 is in this regard my first choice and served its purpose well,” says Ross Jenkin. The athlete was equipped with the Ultra 100 running shoe, the Alpine Pro Longsleeve, the Transalper Hybrid Pant and the Vertical Pro Pole.

With his fundraising project, Jenkin was able to raise nearly 7,000 pounds. Further information is available here: