Dynafit To Serve As Presenting Sponsor of Gnar Runners Series 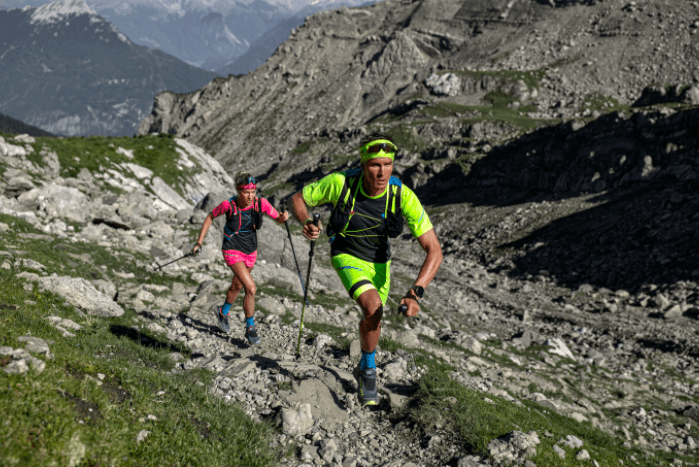 BOULDER, CO (March 2021) – Dynafit, a global leader in innovation in competitive mountain endurance sports, announced today that it has signed a multi-year deal to serve as the presenting sponsor of Gnar Runners, an organization that has put on wildly popular mountain, trail and ultrarunning events in Colorado for a decade.

Dynafit will serve as the presenting sponsor for the next three years for Gnar Runners, which was born from the ranks of the trail running community in Fort Collins, Colorado. The organization’s first-ever event, the Quad Rock 50/25mi., was first run in 2011, and the organization has since added four additional events ranging in length from 22-100K as well as a summer series of shorter events from 5-12K.

Gnar Runners events regularly draw elite and amateur competitors from all over the world. The organization expects to conduct its full calendar of events this summer while observing proper safety protocols related to the COVID-19 pandemic, beginning with the Quad Rock 50/25 on May 8.

“We’re super excited about the Gnar Runners program for so many reasons. It just feels like the perfect partnership for the next steps of Dynafit’s summer program,” said Ross Herr, North American Sales and Marketing Manager for Oberalp, the parent company of Dynafit. “The partnership with their ambassadors who support the local trails and community to the inspirational events for people from all over the country to set their sights on is a great fit for Dynafit’s growing commitment to trail running. Dynafit is a competitive, athlete-driven brand at its heart, so supporting the events that inspire athletes to challenge themselves is an easy fit.”

With the company’s North American headquarters located in Boulder since 2007 and its focus squarely on developing shoes made to move light and fast in the mountains, Dynafit has become increasingly synonymous with summer trail running. The company also inked a three-year deal as the presenting sponsor of the annual Dynafit Vail Trail Running Series in 2019.

Gnar Runners events will also be used to announce and highlight the new Dynafit summer running team, which will be announced later this spring.

About Dynafit
As the athletic mountain brand, DYNAFIT knows no compromise and is dedicated to delivering the best equipment and apparel for mountain athletes wanting to move fast and light in the mountains. Since the advent of the revolutionary “Low Tech” ski mountaineering binding over thirty years ago, DYNAFIT has been committed to developing the lightest and fastest most reliable gear for human-powered alpine pursuits in all season, enabling its customers to define and reach their Mountopia, DYNAFIT North America is part of Oberalp North America, a subsidiary of the Oberalp Group, a family-owned business with global operations, specializing in premium outdoor consumer products. Boulder-based Oberalp North America manages the USA/Canada sales, marketing, operations, distribution and customer service functions for the Salewa( based in Balzano, Italy), DYNAFIT (based in Munich, Germany), Pomoca (based in Aubonne, Switzerland), and rock climbing brand Wild Country (based in Tideswell, U.K.) www.dynafit.com