Exclusive to Outside TV Features: Brand New Series ‘Over the Horizon’ 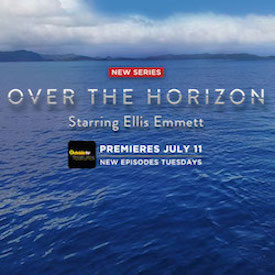 The thrilling story begins with Ellis learning to sail in his home of New Zealand and follows his journey exploring the South Pacific. The series’ protagonist was inspired to go on this trip in search of some of the most isolated and beautiful places on the planet, places that are accessible exclusively by boat. Throughout his voyage he is able to fully immerse himself in foreign cultures that are drastically different from his own; in places like Tonga, Fiji, The Marshall Islands and more. He embeds with the locals, experiencing their daily lives, survival tactics and how things like globalization and climate change are threatening their traditions and way of life.

“Adding an episodic series like Over the Horizon, which is exclusive to the Outside TV SVOD platform is a strategic part of the expansion and the direction where Outside TV Features is heading,” states Rob Faris, GM Outside TV Features. He continues, “we are committed to delivering premium adventure sports content to our loyal viewers, and shows like Over the Horizon also tell a great travel adventure story allowing us to expand our potential audience.”

Over the Horizon is shot in 6K by award-winning cinematographer/director, Andre Dupuis. The series debuts on July 11 exclusively streaming via the Outside TV Features App.

Outside TV is the leading multi-platform video content provider in the adventure sports category. Outside TV’s national cable channel is the only national 24/7 network dedicated to the active adventure lifestyle. Nominated for two Sports Emmy Awards in 2016 and recipient of the 2017 Sports Emmyâ for Outstanding Camera Work, the network’s high quality HD programming features a wide variety of adventure sports and is available nationwide through major providers including Comcast XFINITY, Dish Network, Cox Communications, CenturyLink, RCN, Sling TV and Sony’s PlayStation Vue. Outside TV Features is a new subscription video service showcasing a premier collection of adventure sports films available on-demand through Amazon Channels, Amazon Fire TV, iOS, Apple TV, Android and ROKU (added). Outside TV Studios is an award-winning brand integration production house creating custom content for top marketers. Outside TV Digital is the leading aggregator and distributor of short-form adventure sports content across multiple digital and social platforms with a library of over 4,000 clips. Outside TV is part of the POWDR Adventure Lifestyle CO. portfolio. 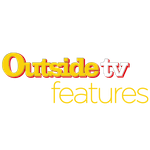