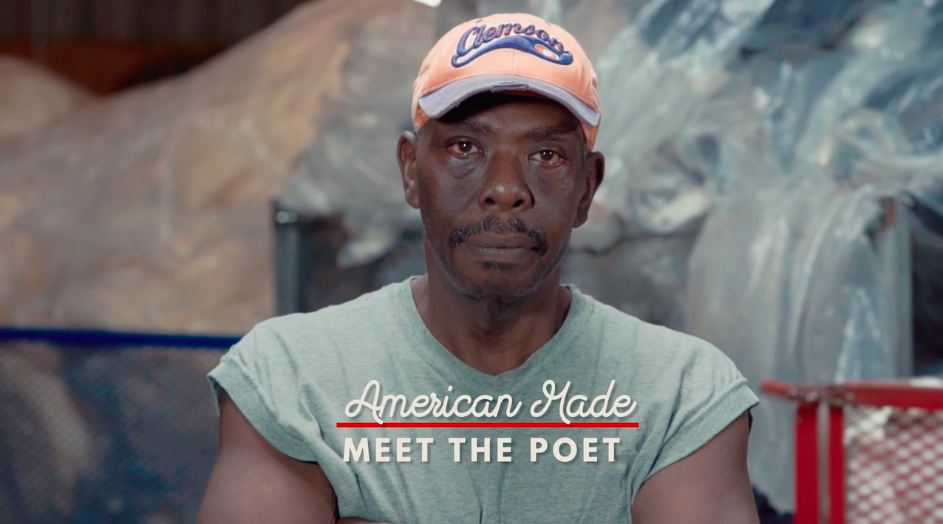 Today, Farm to Feet released its second film featuring Joseph Benson, a material handler at Farm to Feet yarn supplier Kent Wool. Joseph’s story centers on his creative side and his love of poetry.

Mt. Airy, North Carolina (September 17, 2018) — At its 5th Anniversary celebration at Outdoor Retailer, Farm to Feet premiered the first film in its American Made video series which brings the personalities profiled on Farm to Feet’s packaging to life.

Today, the North Carolina based sock brand released its second film featuring Joseph Benson, a material handler at Farm to Feet yarn supplier Kent Wool.  Joseph’s story centers on his creative side and his love of poetry.  The video is available at https://www.farmtofeet.com/pages/joseph-benson-meet-the-poet.

“Farm to Feet has always celebrated the people and places that contribute to the brand and this film series tells the stories of a few of the people who help make our brand so rich,” said David Petri, Farm to Feet VP of Marketing.

Each Farm to Feet sock is named for a location related to the brand and features the story of someone involved with the brand; factory worker, rancher, business partner, athlete.

The first video in the series profiled Cliff Cox of Chargeurs Wool, Farm to Feet’s processed wool supplier in Jamestown, SC.  The video chronicles Cliff’s 40-year career at Chargeurs and his passion for triathlons and the outdoors.

The third film in the series will be released next month. To view all the videos released to date visit www.farmtofeet.com.

ABOUT FARM TO FEET

Farm to Feet celebrates the American manufacturing tradition by creating the world’s best socks designed for everyone to follow their own trail. Driven by detail and an independent spirit, Farm to Feet produces its socks in its sustainability focused facility in Mt. Airy, NC. Employing the most advanced knitting techniques, Farm to Feet makes the most comfortable and feature-rich socks available. Farm to Feet believes socks are meant for the outdoors and is committed to improving the outdoor recreational experience and advocating for the protection of wild places. Learn more at www.farmtofeet.com and join us on Facebook.