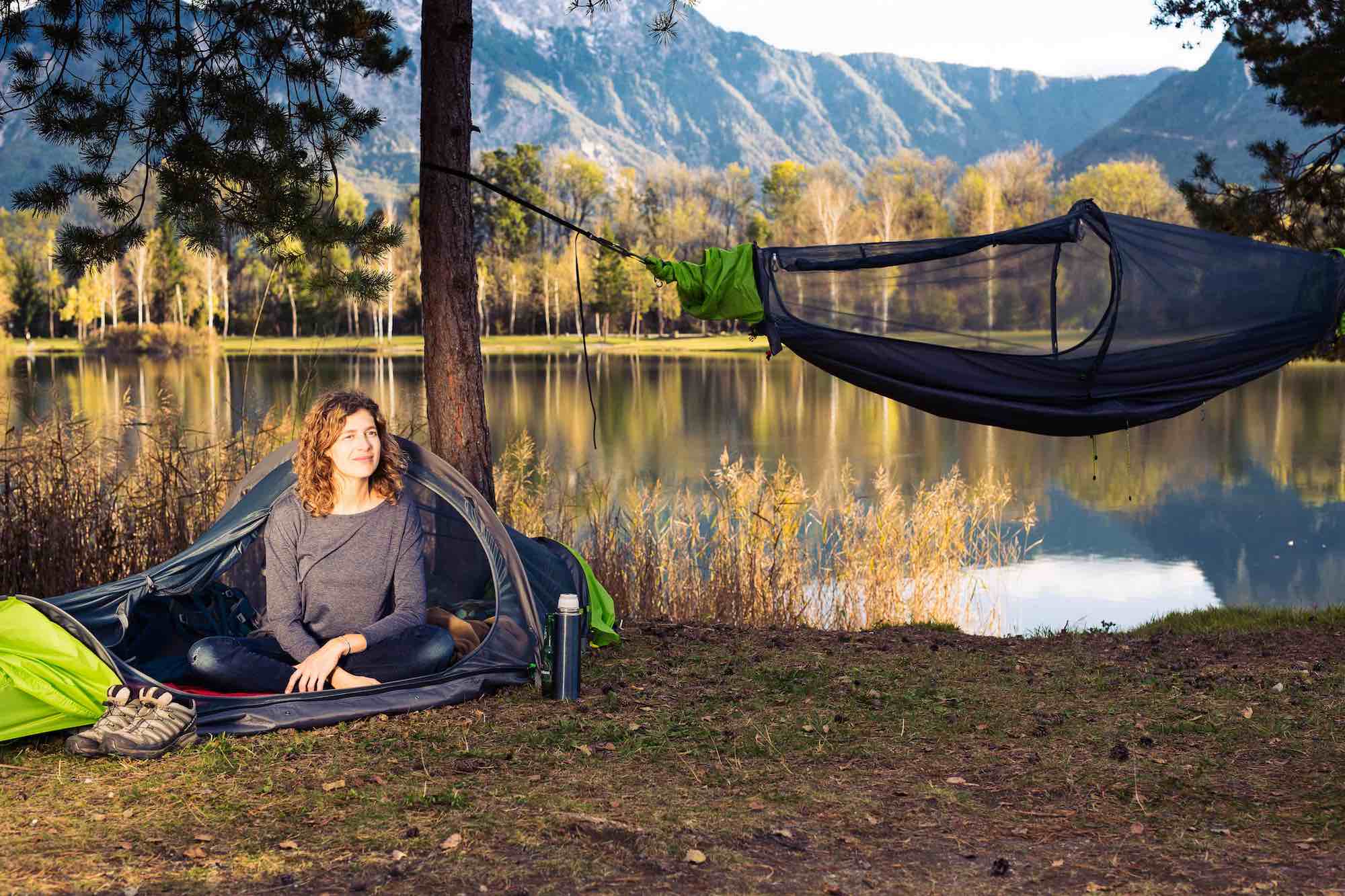 Lightweight, compact and stored in its own backpack, Flying Tent sets up in a few seconds

BOULDER, Colo. — The outdoor industry is demanding gear that is as versatile and durable as it is well-designed – and Flying Tent is delivering the goods. Announcing their launch on the U.S. market, Flying Tent is poised to make an impression as the world’s first all-in-one floating tent, bivy tent, hammock and rain poncho.

The Austrian company, which received a 2017 ISPO BRANDNEW award for its innovative design, has named Boulder-based Canaima Outdoors as their exclusive U.S. distributor.

“The support we’ve had for the Flying Tent has been unreal. We are thrilled to partner with Canaima, a team with such a long history in distributing high-quality outdoor brands like the Slackline Industries, TreePod, Hi-Tec, Petzl and Merrell,” said Joachim Leitgeb, co-founder and product development manager at Flying Tent.

A three-season shelter, the Flying Tent can be set up between two trees as a floating tent and hammock, or as a bivy tent on the ground. It features a removable mosquito net, a cleverly engineered ventilation system and a rip-stop rain-fly. The hammock doubles as an adjustable rain poncho.

In addition to being lightweight, compact and conveniently stored in its own backpack, the Flying Tent sets up in a few seconds – faster than any product on the market.

“It’s kind of like a parachute – if it’s packed right, it almost sets itself up,” said Leitgeb.

Flying Tent launched on Kickstarter in 2016 with a modest financial target of $20,000, and a stretch goal of $200,000. The campaign later proved to be the most successful in the hammock tent category with more than $500,000 in investment from backers and almost 4,000 pre-orders. As part of Flying Tent’s environmental vision, for each pre-order the company promised to plant two trees.

The Flying Tent ($399 MSRP) is available now as a reliable companion for any outdoor adventure – camping, hiking, fishing or even lounging in the back yard.

Established in 2015 by Campfire Outdoors GmbH, Flying Tent is a company united by their passion for the outdoors.  Based out of Carinthia, Austria, the team at Flying Tent prides itself on making high-quality, versatile outdoor gear for any sized adventure. For more information, visit their website www.flyingtent.com.

Based in Boulder, Colorado, the heart of the outdoor industry, Canaima Outdoors LLC is the U.S. off-shoot of a long-time South American distributor which worked with Merrell, Petzl, Confluence, and many others. Established in 2008, Canaima Outdoors is the parent company of Slackline Industries, TreePod and BYA Sports. For more information, contact Ricardo Bottome at r.bottome@slackind.com.