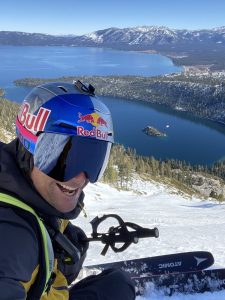 “We’re proud to support such an incredibly talented team of skiers and snowboarders and really look forward to growing our relationship over the next several years together,” commented Jim Heeney, Global Sports Marketing Manager at Giro. “And, to that end, we’re particularly thrilled about the role that Daron Rahlves will be able to play in helping to cement this relationship, offering the whole team—particularly the newest members—his vast reserve of expertise on everything from race technique to off season training. It’s a tremendous opportunity for us and the racers to have Daron out there.”

While the 2019-20 race season was cut short due to COVID-19, the 2020-21 season is officially underway with alpine ski racing kicking off the season with giant slalom races in Soelden, Austria on October 17, 2020.  U.S. Ski & Snowboard is taking all of the necessary precautions to keep the teams healthy and racing through the full scheduled season, which includes the FIS Ski World Championships in Cortina d’Ampezzo, Italy, February 8-21.

“Giro has been synonymous with advanced snow performance for over 30 years and we are thrilled to have their continued partnership,” said U.S. Ski & Snowboard Alpine Director, Jesse Hunt. “Giro’s attention to detail and commitment to superior protection and high-quality products enables our athletes to ski to the best of their ability on the world’s highest stages. We look forward to the next four years with Giro.”

With sights set on the 2022 Olympic Winter Games in Beijing, China, the involvement of Daron Rahlves will be an incredible asset to the athletes competing in these high-profile events. As one of the most decorated downhill skiers in American history, racers will be able to leverage his deep knowledge of courses, conditions and competitors.

And to learn more about how to support U.S. Ski & Snowboard athletes this season, please visit KeepTheFlameAlive.org.

Giro Sport Design:Founded in Santa Cruz, California in 1985, Giro Sport Design develops new ideas to enhance the ride. Since creating the first lightweight, high-performance helmets for cycling and snowsports, we have maintained a strong focus on products that enhance the feeling of freedom and independence that riding brings to life. As the leader in the design, fit and engineering of products that complement the body, Giro is the first choice of riders worldwide. Learn more at https://www.giro.com/the-giro-story.

Why Graffiti Artist Futura Is Suing the The North Face

The Future of Van Life Is Here. And It’s Electric!