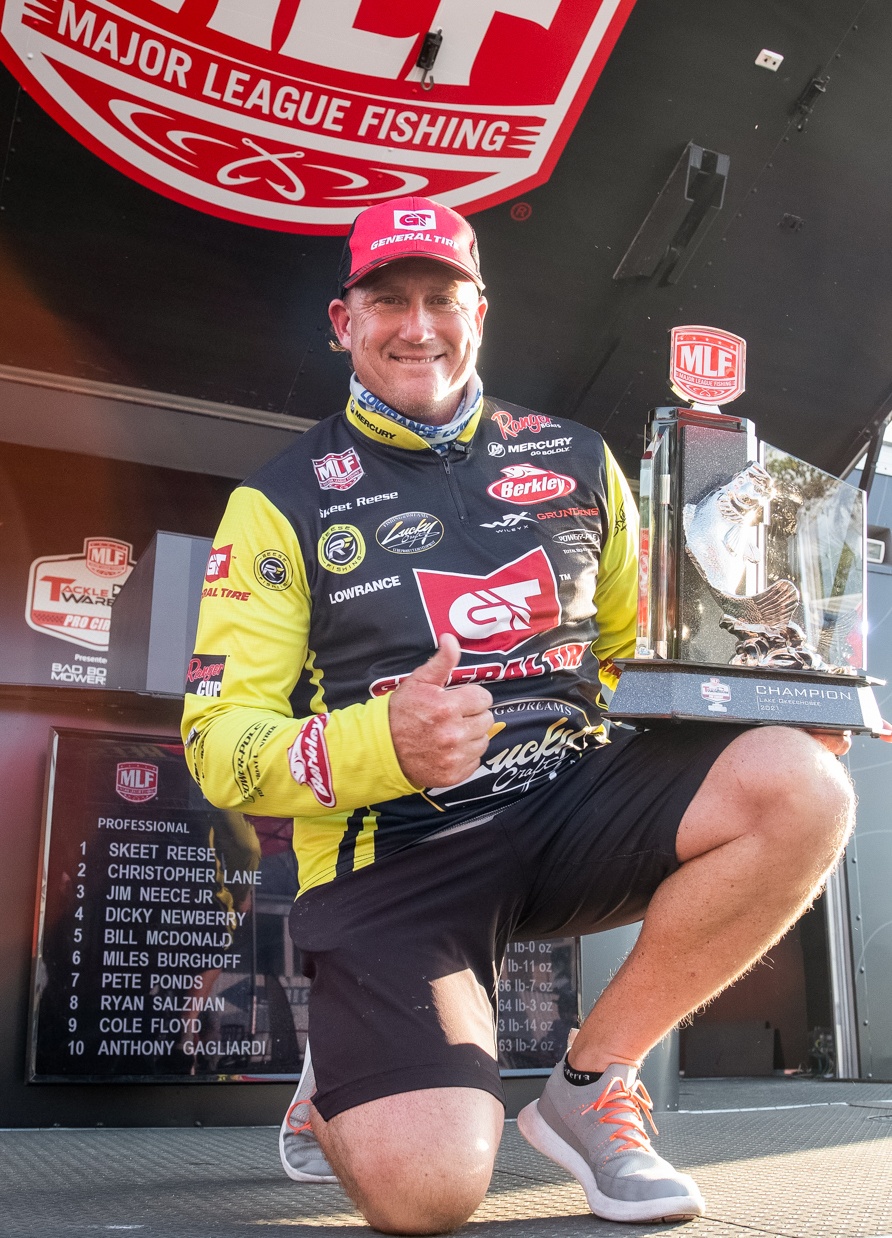 February 17, 2021 (Poulsbo, WA) – Grundéns, producer of the world’s leading fishing apparel and footwear, proudly announces that its bass fishing ambassador Skeet Reese won the Major League Fishing Tackle Warehouse Pro Circuit stop at Lake Okeechobee in Clewiston, Florida over the weekend. In receiving the trophy and thanking his sponsors, Reese called out Grundéns, saying “I 100% believe in their products. They’re coming into the bass fishing space and I’m really excited about that.”

“What a start to the competitive fishing year,” says Grundéns CEO David Mellon. “When we signed Skeet, we knew he’d have some great finishes. We believe in him and are excited to see him back on top. The fact that he won the tournament wearing our new SeaKnit shoes that debut next month was a prefect unveiling for this new model. The momentum created by our partnership with Skeet is only beginning and we’re confident that it will create excitement for a long time to come.”

Skeet Reese is a 11-time event winner and one of only a small handful of anglers to win both the Bassmaster Classic and the Toyota Bassmaster Angler of the Year. The Northern California native is one of the top five tournament money-winners of all time, serves on the MLF angler advisory board and runs numerous youth camps throughout the year to enable the next generation of anglers to grow their skills.

The SeaKnit Shoe is a contemporary lace up sneaker designed from the deck up, launching in March and expanding Grundens lineup of footwear. Offering anglers performance and comfort with a 100% nylon seamless knit upper, a PU overlay that provides light water resistance on wet surfaces, a non-marking natural gum rubber outsole with razor-cut siping, a shock-absorbing midsole and comfort footbed, and HeiQ Fresh and Stain Away treatments for resistance to odor and stains.

Carl A. Grundén began producing traditional waterproof oilskins in 1911 for the fishermen of the North Sea in Grundsund, Sweden. Material shortages during World War I forced the company to close but in 1926 Grundéns Regnklader AB was founded and has been producing quality gear ever since. Today, the brand operates globally from Boras, Sweden and Poulsbo, Washington.Learn more at Grundéns.com.