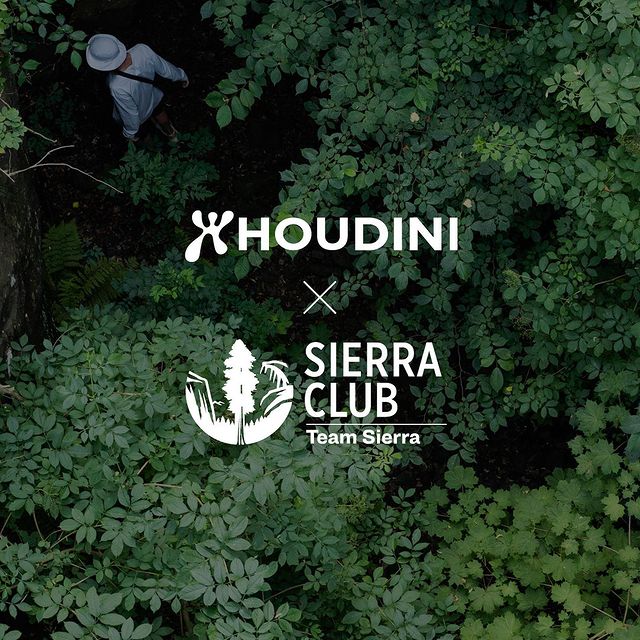 Team Sierra is Sierra Club’s grassroots community fundraising program that encourages anyone to create a fundraiser by doing what they love. Members simply raise funds among their community by running, dancing, biking, hiking, baking, or even using upcoming celebrations like birthdays or weddings to ask for donations to help the planet.

Earth Month is Team Sierra’s biggest fundraiser. This year, Houdini will be providing a premium incentive, donating apparel to the first 100 participants to raise $100 or more. Those eligible will receive either a women’s Mono Air or men’s Outright Houdi.

“We admire all the work that Sierra Club does and are excited to be able to support their efforts in this way,” says Eva Karlsson, chief executive officer at Houdini. “Its commitment to keeping the great outdoors great and making it a safe and open space for all is fully aligned with what we do. Protecting our planet and all the life on it is a collaborative effort between businesses, NGOs, governments and all of us as individuals.”

Sierra Club will host a panel on Instagram Live with Houdini Sportswear on April 26 with Houdini’s CEO, Eva Karlsson. Sierra Club’s Outdoors For All Program campaign director Jackie Ostfeldt and two activists from within the field will discuss how to move from being inspired by nature to being inspired to take action.

Houdini’s commitment to sustainability is apparent, with its primary goal being to create genuine alternatives to linear consumption, using the Planetary Boundaries Assessment to guide its practice. As of 2021, 85% of its products are fully circular, intending to reach total circularity by 2022. Viewers can tune in to learn more about Houdini and its mission on @houdinisportswear at 9 am PST / 6 pm CEST).

Houdini is an odd band of friends from Sweden on a quest to reimagine the future of circular sportswear. Ever since the start in 1993, Houdini has challenged the norms of the outdoor industry, as a company led by women, as innovators of sustainable design and as pioneers of circular business models. Ultimately Houdini wants to enable and inspire people to reconnect to nature.

About the Sierra Club

The Sierra Club is America’s largest and most influential grassroots environmental organization, with more than 3.5 million members and supporters. In addition to protecting every person’s right to get outdoors and access the healing power of nature, the Sierra Club works to promote clean energy, safeguard the health of our communities, protect wildlife, and preserve our remaining wild places through grassroots activism, public education, lobbying, and legal action. For more information, visit www.sierraclub.org.