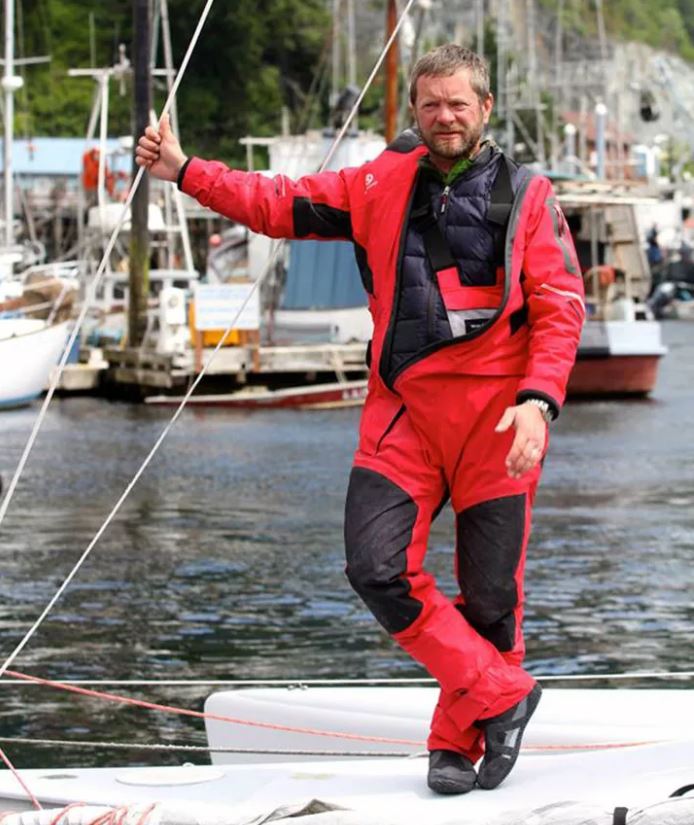 Seattle, WA – January 11, 2018 – Industrial Revolution, the privately-held Seattle manufacturer of essential outdoor accessories, is proud to share that current president Graeme Esarey will be embarking on an incredible sailing adventure with his family. Esarey will be leaving the company in the spring to take his wife and two daughters through the Canadian Arctic via the Northwest Passage.

Esarey, who has been with IR since 2011, says the journey was inspired by a conversation at the Outdoor Retailer Summer Market with UCO ambassador and polar explorer Eric Larsen. The expedition will depart from Seattle on June 1st in a converted round-the-world race boat specially outfitted with underwater and aerial video capture, as well as research capabilities. Esarey hopes to share the effects of climate change through writings, video and photography as he and his family make their way through the Northwest Passage to Greenland.

During Esarey’s tenure, IR has served as the launching ground for many adventures. He represented the company on a climb of Grand Teton with non-profit partner Big City Mountaineers, and campaigned on two tours of the Race to Alaska, even winning the notoriously challenging sailing race in its first year.

“Industrial Revolution prides itself on a culture that’s fun, outdoorsy and close-knit,” says Esarey. “I think that’s been shown through the support for my own adventures, as well as sponsored employee rides across the U.S. and funding for our ambassadors’ trips. I’m proud to have been a part of this company for so many years and can’t wait to see where this next journey takes me.”

Esarey’s role will be filled on an interim basis by IR’s senior management, with support from owner and CEO Keith Jackson. To further strengthen the team, IR is currently looking for a Senior VP of Sales. Interested candidates should send resume or CV information to Jim@industrialrev.com or drop by the IR booth at ORWM in Denver (Booth #49003-UL), or at SHOT Show in Las Vegas (Booth #1446).

To learn more about Esarey’s journey and follow along with his progress, visit www.saildogbark.com.

Founded in 1971 as UCO, the Original Candle Lantern company, Industrial Revolution has grown to become a leading manufacturer and distributor of inventive products that promote fun, safety and comfort in the outdoors. In addition to UCO headlamps, Candle Lanterns™, Stormproof Matches™, portable grills and Ice Cream Balls, Industrial Revolution makes Intova waterproof action cameras, tripods and clamps. The company is also the exclusive U.S. and Canadian distributor of Sweden-based Morakniv® knives, as well as the exclusive U.S. distributor of cutting-edge products from Swedish Light My Fire®, such as the Spork and FireSteel®, and German-based Esbit solid fuel stoves and cookware. www.industrialrev.com