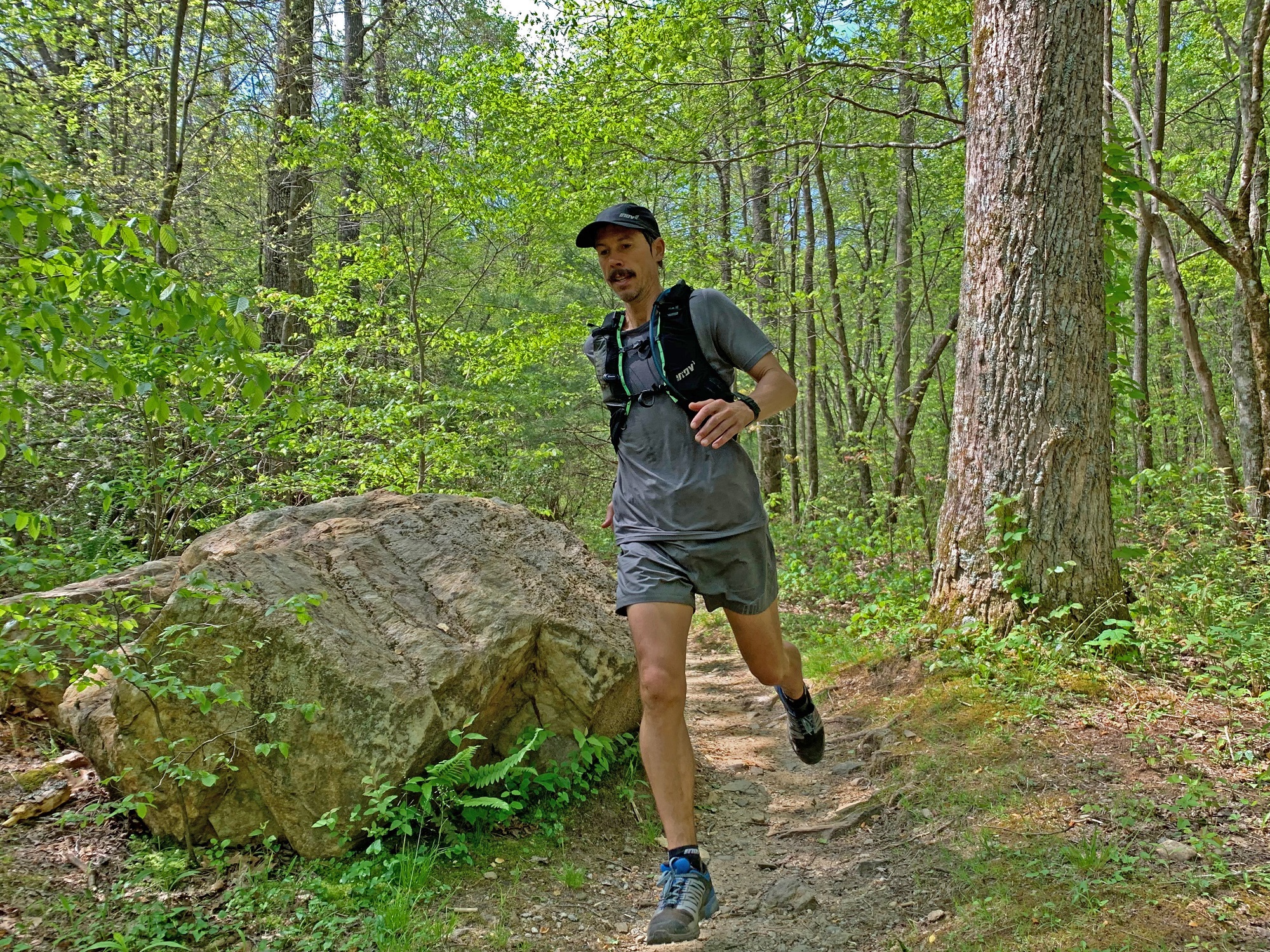 Southborough, MA (June 27, 2017) – inov-8 athlete Kristian Morgan is aiming for a new Fastest Known Time (FKT) on the Appalachian Trail (AT) this July: He’ll begin his journey around July 1st on the 2189-mile trail through 14 states from Georgia to Maine, with a goal of finishing 40 days later, which would  break the previous record by about a day.

Morgan, 42, is a highly accomplished ultrarunner from London sponsored head to toe by inov-8 – the renowned UK-based running/fitness footwear and gear brand – with numerous ultra-distance efforts under his belt, but never at this level. To put this into perspective, he’ll be attempting to cover a distance equal to traversing the length of his native Britain 2.5 times (north/south), covering nearly 55 miles a day. The AT also climbs the equivalent of 16 ascents up Mt. Everest. Most through-hikers finish the trail in 5-7 months.

But despite the extreme difficulty of this attempt, Morgan says it’s well worth the effort. “I decided long ago that wanted to live a life rich in experiences over possessions,” he says. “This is the ultimate challenge but also the ultimate experience for me. I really like trail running because I love to be outdoors, feeling the wind come through the trees, hearing the streams and looking at the blue skies. It feels like the ultimate freedom to me. I feel like I’m at home out on the trail.”

Along with his training and experience, Morgan will also have a “secret weapon:” For the first time ever the FKT will be attempted with graphene-infused outsoles – that’s because inov-8’s G-Grip is the first-ever outsole (and still only) using this revolutionary, Nobel-Prize winning material. Kristian will wear the soon-to-be-released inov-8 TRAILROC G 280 (link tbd) shoes and/or the popular new ROCLITE G 275. With the incredible toughness of graphene on both shoes, he intends on using only about eight pairs during his attempt, rather than the usual 10-12 pairs of most AT runners. He’ll also benefit from a full inov-8 running kit and hydration gear.

“We were looking for the ultimate in tough trail running challenges to test our new graphene footwear, says Lee Procter, inov-8 Global Communications & Ambassadors Manager, “and then Kristian approached us about a world record attempt on the Appalachian Trail: It quickly became clear it was the perfect fit.

“The AT mountain terrain is notoriously tough on shoes, with the rough ground shredding outsoles and most runners using 10 pairs or more. Our pioneering rubber outsoles infused with graphene – the world’s strongest material – will give Kristian the toughest grip and the best chance at achieving his goals in fewer pairs of shoes. Of course all the other highly technical inov-8 products will also be a huge help along the way.”

While FKTs are a relatively new phenomenon, they’ve become highly publicized during the last couple decades and are considered Holy Grails in many ultra-endurance circles – there’s even an official governing body and website that oversees and keeps track of these efforts. Some of the world’s best ultrarunners have previous FKTs (or attempts) on the AT including Scott Jurek and Karl Meltzer – who set the existing southbound FKT for the Appalachian Trail in 2016 (45 Days, 22 hours, 38 minutes). Karel Sabbe holds the current northbound and overall record of 41 days, 7 hours, 39 minutes, set last summer. He was actually assisted by Morgan for 15 days, who was hoping to learn all he could before his own effort.

In preparation, Morgan, a self-described “dirt bag” who has lived out of a camper van for the past eight years within the heart of London, has also sought advice from other AT vets including Jurek, Meltzer, David Horton and Warren Doyle – who has thru-hiked the AT Trail 18 times. He will also receive planning and on-trail logistical help from his mom, Sharon, with whom he recently completed a five-day recon run on parts of the trail in Georgia and North Carolina, and other family members and friends. Morgan is also encouraging runners who live near the trail to come out and join him, cheer him on or lend a hand.

But the vast majority of the time will be spent alone, and Morgan thinks that’s just perfect. “Being on the Appalachian trail is an opportunity like no other to look inside yourself,” he says. “There are few other people; there’s no traffic and no signs or advertisements to distract you. When you’re out on the trail you there’s a rare calm feeling about being by yourself. I feel really privileged to be in a place of peace and let my mind slow down and get into the pace of nature.”

Founded in 2003, inov-8 is one of the world’s leading off-road running brands for footwear, apparel and equipment. The brand is renowned for delivering the ultimate is grip. inov-8’s origins and footprints are etched in the muddy British fells and trails but over the years the company has optimized its products to meet the needs of all terrains worldwide. Discover more: www.inov-8.com