Kitsbow To Release Latest Film in 36 Hours Series: “Not Quite Out of the Woods” 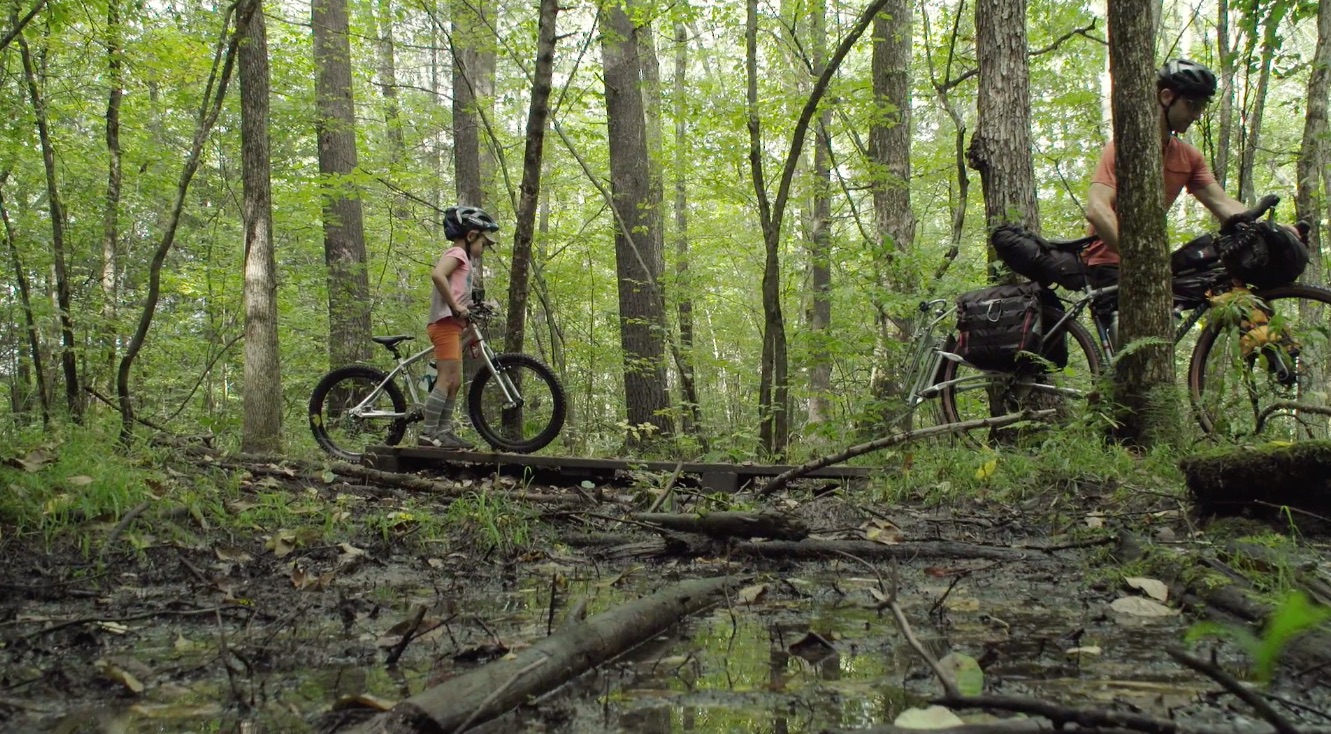 The inspiring story of a five-year-old’s journey with Leukemia, her road to remission and an inspiring bikepacking trip with her dad.

PETALUMA, Calif. (Dec. 10, 2018) — After launching the first-ever 36 Hours in Kitsbow film series, a program giving anyone the chance to apply for a production stipend to showcase their favorite adventure, Kitsbow is honored to announce “Not Quite Out of the Woods.” Shot and edited by Emmy Award winner, Kate Geis, the film documents an overnight father/daughter bikepacking adventure in Western Massachusetts. The story is told in the context of a family’s journey through childhood Leukemia treatment.

On October 6, 2017, five-year-old Eleanor Maynard was diagnosed with childhood acute lymphoblastic leukemia (ALL). Since then, the road to recovery has been anything but easy. Her parents Adin and Llama Maynard have taken every chance they get to infuse adventure and their family’s love of cycling into Eleanor’s life.

“I hope this film inspires other parents to provide their kids with experiences of adventure through bikepacking, and cycling in general,” said Adin Maynard. “And for parents of kids undergoing medical treatment, I hope Eleanor’s smile and positive attitude encourages hope and strength, proving that happiness is found in pushing limits and seeking new experiences.”

“We knew we would be inspired by all of the films in the series, but we didn’t anticipate the amount of love and hope that would be illuminated by bicycling,” said David Billstrom, CEO of Kitsbow. “We were blown away by not only Eleanor’s story but the quality of work that went into ‘Not Quite Out of the Woods.’ It was unanimously our staff pick.”

Check out the “Not Quite Out of the Woods” trailer here.

Today, Eleanor is in the midst of chemotherapy treatment which can come with moments of real struggle brought on by the inevitable side effects. However, in between those hard moments she is spending time doing the things she loves including biking, ballet, romping with her brothers and being a happy kindergartener.

“About 3,000 people younger than age 20 are found to have ALL each year in the United States,” according to St. Jude Children’s Research Hospital. But due to fairly recent medical advances, Eleanor’s story isn’t the only one of hope. “About 98-percent of children with ALL go into remission within weeks after starting treatment and over 90-percent of those children can be cured.”

Kitsbow will be releasing the full version of “Not Quite Out of the Woods” at 6 a.m. PST on Friday, December 14th on the Kitsbow blog and Facebook. Additionally, the public can follow along with Eleanor’s journey through the family’s Facebook group as well as Adin’s Instagram.

It’s never too soon or too late to get out and make memories. To create your own 36 Hours in Kitsbow film, apply at Kitsbow.com between Feb. 1st and Feb. 28th. For more inspiration, take a look at the other short films on our blog.

About Kitsbow
With unabashed style and technical excellence, Kitsbow celebrates the joy and passion of cycling by creating the world’s finest bike clothing. Offering high-performance apparel, the California-based company prioritizes quality, value and the belief that anything that’s done should be done with the absolute best of what’s available. To view the line and learn more about Kitsbow, visit www.kitsbow.com.