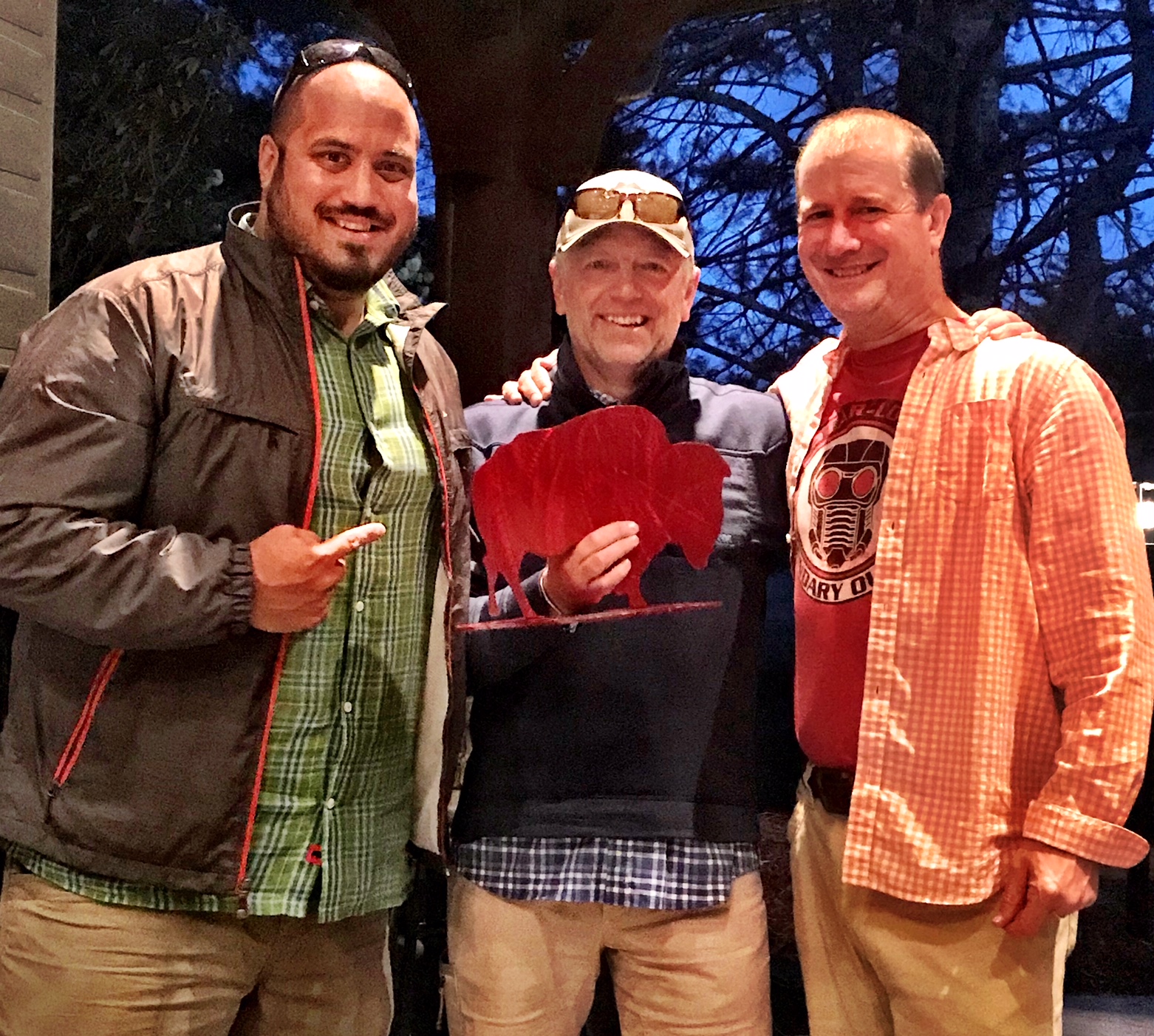 “The MK sales force is a team of winners,” said Steve Talacki, Director of Sales at Mountain Khakis. “But this Rep of the Year winner is one of most amazing professionals that I’ve had the pleasure of working with. Peter has been a top performer throughout the year, consistently hitting his numbers and deadlines. Since joining Mountain Khakis, Peter tripled his MK business overall. A consummate professional, Peter has the pulse of his territory and is continually priming his retailers for success.”

Upon hearing the news, Whitney said, “Hell Yeah, what a surprise!  So many people at MK to thank. They are the real winners. This can’t happen without killer product and first class support.  I’m also honored to represent a brand that attracts such a talented group of fellow reps-they keep me on my toes. And it’s incredibly motivating to work for an organization like MK that supports causes important to me and my family. There’s more to our biz than making money. Thanks MK for making it fun and keeping it real. Finally, a big shout out to all my dealers in New England, you are the best!”

“Cam is the guy who puts in 125% x 100% of the time!” Talacki continued excitedly about MK DSR, Cameron Gadd. “He’s the guy who stays at the office as long as needed to make sure things get done. He’s always looking for opportunities and leads by example. He demonstrates grit, sales knowledge and a can-do attitude every day and we’re proud he’s on our team.”

About Mountain Khakis®
Rugged. Authentic. Reliable. Timeless. What started as a casual conversation at the Shady Lady Saloon in Jackson Hole, Wyoming has become a top-performing mountain inspired lifestyle apparel brand. Established in 2003, Mountain Khakis quickly became a staple in the wardrobe of everyone from ranch hands to golf pros, those who travel by jet, as well as those who travel by thumb. The Mountain Khakis brand story continues to resonate as it connects to the enthusiast who believes that freedom and rugged adventure is a way of life. Join the conversation @MountainKhakis and MountainKhakis.com.