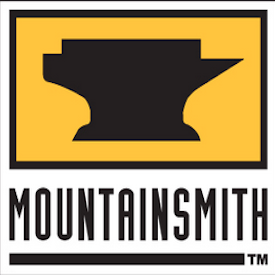 Golden, CO – Mountainsmith—craftsmen of iconic backcountry equipment and recreational outdoor gear—is celebrating the Continental Divide Trail Coalition at Outdoor Retailer Winter Market for the second year in a row. Back by popular demand and Mountainsmith’s continued commitment to the CDTC, the 2nd annual Cooler Tubes and Brews Benefit will take place on Thursday, January 7th from 4:30 p.m. – 6:00 p.m. at the Mountainsmith booth #8027.  Partygoers can expect cold brews and show-only deals on Mountainsmith Cooler Tubes, all proceeds benefitting the Continental Divide Trail Coalition.

“Mountainsmith’s continued commitment to the CDTC affords them funding needed to promote and sustain the Continental Divide Trail, as well as build a strong network of trail supporters,” says Mountainsmith president Jay Getzel. “ As our entire industry strives to capture the hearts and minds of the ever growing and changing outdoor consumer, The Continental Divide Trail Coalition and its exceptional team are vital to sharing our message and inspiring adventure.”

CDTC embroidered Hemp Cooler Tubes will be sold for $20.00 (cash only) throughout the entirety of the party. Swing by and help the team make another generous contribution to the CDTC, and grab a free Mountainsmith koozie and PBR tallboy while you’re at it!

Headquartered at the base of the Rocky Mountains in Golden, CO for 35 years, Mountainsmith is committed to creating durable provisions for every aspect of your adventure, on and off the trail.  Beginning with iconic lumbar packs in 1979, Mountainsmith products carry an emphasis on utility for those who prefer life outdoors.  Whether that is a solution for the backcountry, the gear closet, the office, the photo shoot, or even the dog; the brand offers tools that serve a purpose and stand the test of time.  Dedicated in its mission to improve the lives of fellow outdoors enthusiasts, Mountainsmith manufactures products that are… forged for life.  Visit www.mountainsmith.com to learn more.