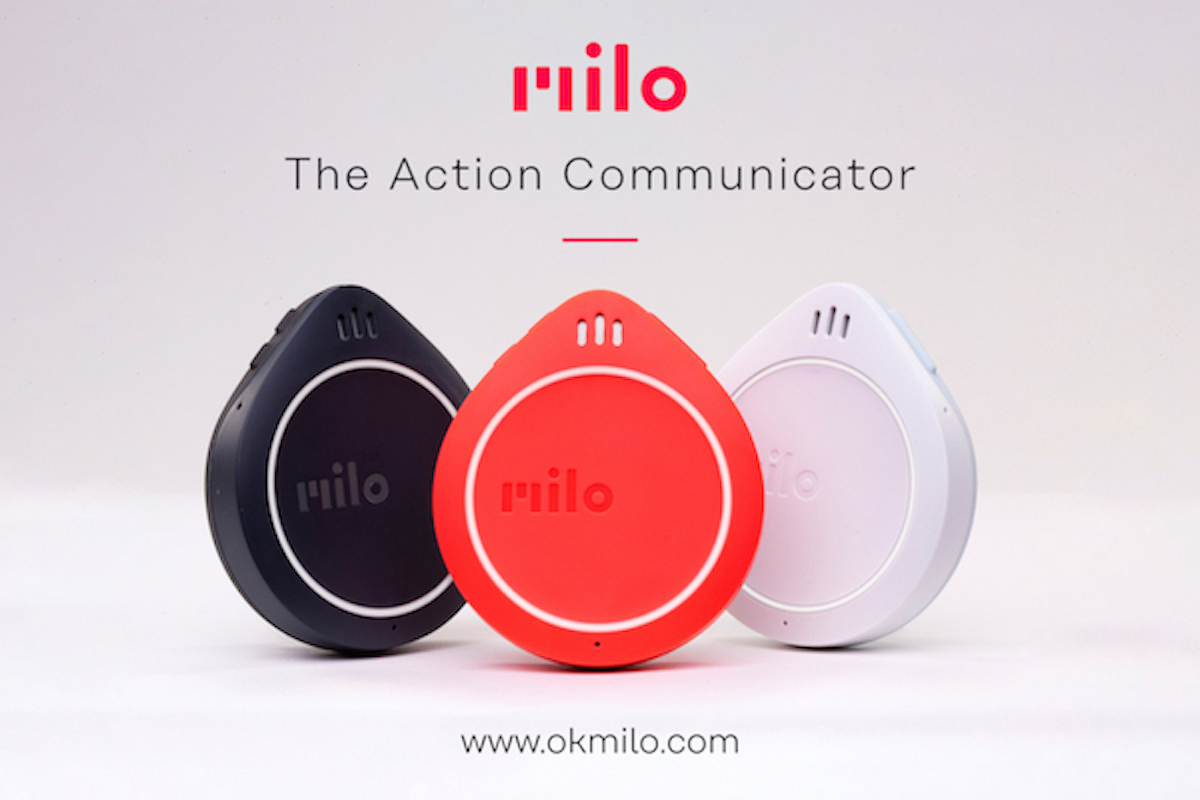 Speak with friends while you ski, ride or surf. Hands-free, no Wi-Fi or cell signal needed. For adventures on slopes, trails and water.

Milo is the walkie-talkie revolutionized and reimagined on an advanced technology software and hardware platform, enabling simple multi-way group voice conversations in the moment, transforming experiences for outdoor adventurers on the trails, slopes or water and in any conditions.

“The idea for Milo came to me when I was skiing with my kids, who are much better skiers and often beat me to the bottom of the hill. I was tired of yelling for them to slow down, grabbing my phone or a clunky push-to-talk walkie talkie with freezing hands, and hoping they’d “answer” (they rarely did!) I knew there had to be a better way to communicate,” said Peter Celinski, Ph.D., founder and CEO of Loose Cannon Systems, the developer of Milo.

Made for adventure enthusiasts, Milo integrates a variety of patented world-first features to deliver high-quality natural conversation, packaged in a simple and beautiful design. At the core of Milo is the proprietary MiloNet™ wireless networking protocol for reliable distribution of voice over a highly dynamic ad-hoc mesh network. Unlike open source mesh protocol alternatives, MiloNet™ is tolerant to packet loss, provides proactive routing, latency control and is air-efficient.

By simply clipping Milo to a pocket, handlebars, helmet, or onto an armband over a wetsuit, a group can talk at a conversational volume.This “in the moment” chat revolutionizes the experience in real time. Additionally, Milo provides network event notifications, for example, when somebody is nearing out-of-range or re-joins the group.

“Our mission is simple; we want to make shared adventures better by connecting people,” added Celinski. “We believe Milo is the first of its kind and in building it, we have established an all new category – we call it The Action Communicator.”

With a goal of $100,000 USD, the Kickstarter campaign will run from October 6 to November 11, 2020. The company has completed two pre-production runs with a Tier-1 electronics manufacturer and plans to begin shipping in December of 2020. Kickstarter backers will support the final stages of product refinement, product color selection and feature prioritization. Backerswill have preferred pricing and early access to product delivery.

Celinski is a visionary inventor, engineer, and entrepreneur, holding several patents in wireless networking and user interfaces. Prior to founding MILO, he co-founded venture-backed Avega Systems,which introduced the first WiFi smart speaker in 2005, and was the software company behind HEOS, acquired by Denon and Marantz where he became CTO. The Avega team predicted the convergence of online music and home networking a decade before it became a mainstream idea, and Celinski believes his team is capturing the same momentum with Milo.

Milo has been in stealth development by a team of diverse veteran innovators in the wireless networking, voice and audio industries with a history of working for Amazon Lab 126, Apple, Cisco, Bang & Olufsen, Nuance, Garmin, Logitech, Nokia, Intel and Denon.

The Milo Kickstarter campaign is at: https://www.okmilo.com/kickstarter

ABOUT MILO
Milo™ is the first-to-market category-leading communications product for outdoor adventurers. As first mover in The Action Communicator category, any bike ride, snowboarding, skiing or surfing adventure is transformed by a completely new dimension of sharing, camaraderie and enjoyment. Whether on the slopes, the trail or the water, Milo provides uninterrupted conversation across a secure mesh network to enable simple, phone-free, hands-free group voice chat in any conditions. Milo enables this connection in the moments that matter, when we are in motion, surrounded by friends and family. For more information and to pre-order visit the Milo Kickstarter campaign. https://www.okmilo.com/kickstarter

View all Releases by Milo