Outbound Collective Works to Save Slim Pickins Outfitters Through Film, Fundraiser and Forum 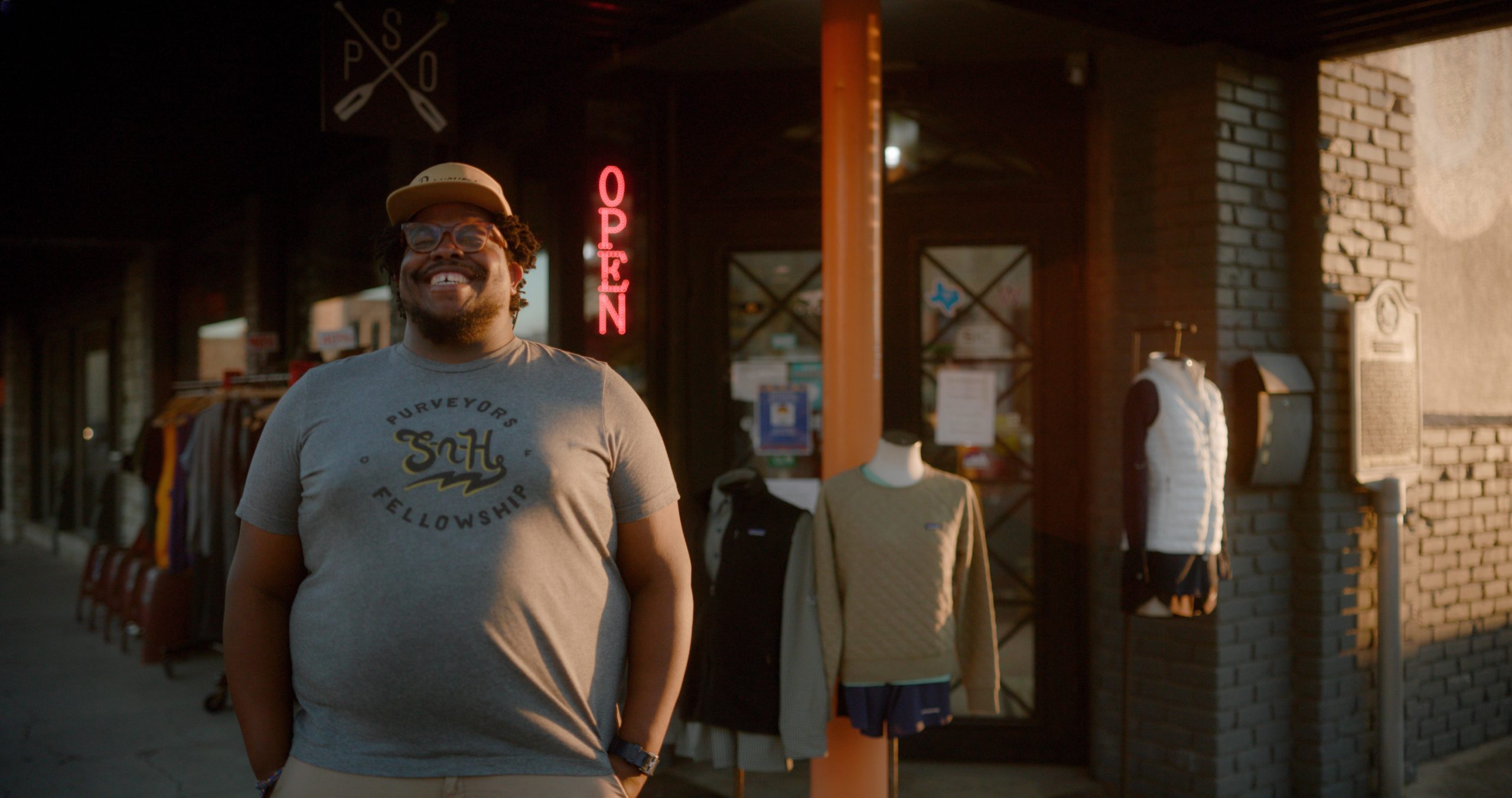 Second film of the #EveryoneOutside film series focuses on raising awareness and funds for the first Black-owned outdoor gear shop in the U.S.

Stephenville, Texas, and San Francisco –February 4, 2021– In its mission to elevate and amplify the stories of underrepresented athletes and leaders within the outdoor community, the Outbound Collective has launched a film, fundraiser and virtual panel event to help save Slim Pickins Outfitters, the first Black-owned outdoor gear shop in the nation.

Since it was founded in 2017, Slim Pickins Outfitters has been a community mainstay and a purveyor of positivity in Stephenville, population 21,000, known as the “Cowboy Capital of the World.”The store and its owners, Jahmicahand Heather Dawes, have been a fixture within the community; Slim Pickins brings together people from all walks of life, and is the town’s go-to supplier of outdoor and adventure-ready goods and services. The store has become a vital part of the spirit and energy of the community.

The 15-minute film, titled Slim Pickins and produced in partnership with Wondercamp, features Jahmicah and Heather discussing their struggles to keep their family business afloat in the wake of the COVID-19 pandemic. It was released today as part of the #EveryoneOutside film series presented by HOKA ONE ONE. Click here to view it.

“Slim Pickins Outfitters exists to diversify the outdoors, and we do that by being a relevant space for our community, our culture, for the creative outdoor enthusiast,” said Jahmicah Dawes. “What we are trying to do, simply put, is to get more people that look like me out into these outdoor spaces.” His wife, Heather, added, “Support us and help us diversify the outdoors.”

Outbound Collective, with the support of Kampgrounds of America (KOA), Wondercamp and JAM Collective, has launched a GoFundMe campaign to help get Slim Pickins out of debt caused by the pandemic, and provide Jahmicah and Heather a firm foundation to continue to build their vision for a more diverse and inclusive outdoor industry.

“When you walk into Slim Pickins, you’re treated like family. That’s because for Jahmicah, Heather, their team and their Basset Hound Bill Murray, there is no distinction. You’re instantly welcomed as part of the family,” said Brian Heifferon, CEO and co-founder of Outbound Collective. “The town of Stephenville, and the outdoor industry, need Jahmicah and Heather to continue sharing their endless love and passion with all of us. Today, they need our support. We’re asking you to join us in donating what you can and/or sharing this campaign with your friends, family members and co-workers.”

In addition to the release of the film and the launch of the fundraising campaign, HOKA ONE ONE and the Outbound Collective will host a virtual panel discussionabout the film on Wednesday, February 17, at 8 p.m. EST, 5 p.m. PST. The panel includes:

Latria Graham will facilitate the panel, and ASL interpretation will be available for the duration of the event. The event is free and open to all. Registration will open next week.

This film series is one of several Outbound Collective initiatives designed to get everyone outside, especially members of communities that the outdoor industry has historically excluded. They have created initiatives to promote representative storytelling, spotlight diverse artists, highlight underrepresented communities in film, and strengthen partnerships with and between community partners. Through these efforts, the Outbound Collective will build an inclusive and truly representative home for the modern outdoor industry. Previous #EveryoneOutside films have been selected for inclusion in prestigious film festivals including Mountainfilm, 5point Adventure Film Festival and Banff Mountain Film Festival.

Opened in 2017 in Stephenville, Texas, Slim Pickins Outfitters is the first Black-owned outdoor gear shop in the U.S. The store and its owners, Jahmicah and Heather Dawes, have been a fixture within the community. Slim Pickins brings together people from all walks of life and is the town’s go-to supplier of outdoor and adventure-ready goods and services. slimpickinsoutfitters.com

ABOUT THE OUTBOUND COLLECTIVE

Launched in 2013, the Outbound Collective is a website, iOS, and Android app dedicated to helping travelers find local adventures, tours and lodging options around the globe. The Outbound Collective helps its 15 million website users and 850,000 social media followers find the best spots to hike, camp, chill and more – all with a simple interface, incredible photography, inspirational destination guides, how-to’s and stories. To learn more, visit theoutbound.com and follow them on Instagram, Facebook, Pinterest and Twitter.