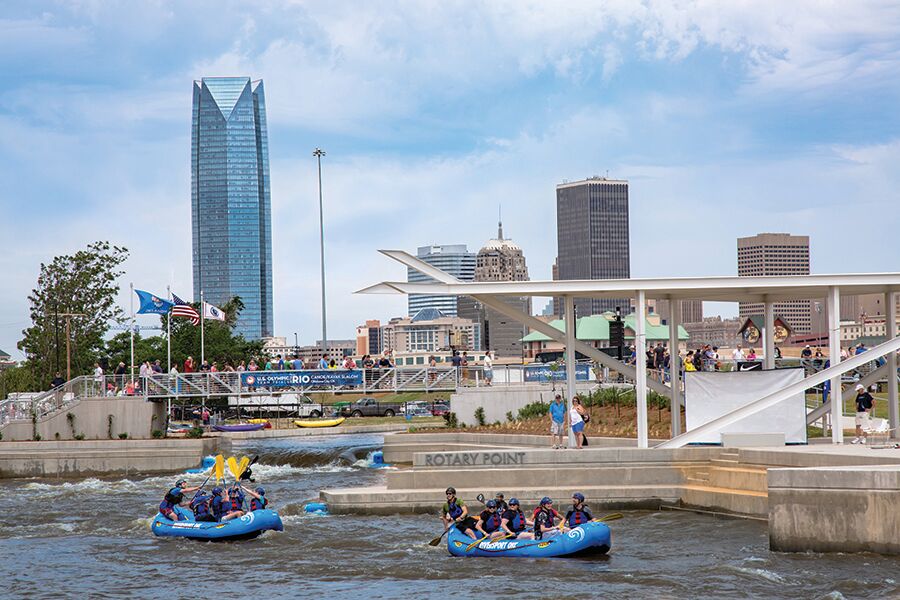 MADISON, Wis. – September 1, 2017 – Paddlesports Retailer, the official tradeshow for paddlers, by paddlers, will move to Oklahoma City in 2018. The new location was chosen for its commitment to creating a spectacular, world-class urban paddlesports venue on the Oklahoma River.

“There are two primary reasons that we’re moving to Oklahoma City,” says Show Manager Marcus Shoffner. “First, we are simply out of space in Madison. We were overwhelmed by the response from both retailers and vendors at our inaugural show. Oklahoma City gives us room to expand with a new 300,000 square foot convention center slated to open in 2020. But most importantly, Oklahoma City offers the country’s premier paddlesports venue which will be the centerpiece of our event.”

Over the last ten years, Oklahoma City has invested more than $100 million in the Oklahoma City Boathouse District, the official U.S. Olympic Committee (USOC) Training Site for paddlesports. It includes a world-championship caliber sprint kayak and rowing course, a $45 million Olympic whitewater river and slalom course, and a high-performance training center for elite paddlesports athletes from around the world.

“We are thrilled to welcome Paddlesports Retailer to Oklahoma City,” says Sue Hollenbeck, Director of Sports Business at the Oklahoma City Convention and Visitors Bureau. “Our community lives and breathes paddlesports and I think attendees will be blown away by what we have to offer.”

Paddlesports Retailer will take place Tuesday, Aug. 28 – Thursday, Aug. 30, 2018 at Oklahoma City’s Cox Convention Center with the on-water demo on Monday, Aug. 27 at the Boathouse District. The demo will begin at 3:00 pm and run until 10:00 pm underneath the facility’s stadium lights. Show participants can canoe, kayak, raft and paddleboard down Class II-IV rapids while testing all the latest flatwater boats on the USOC sprint kayak course. The Boathouse is walking distance to the trendy Bricktown District, downtown, and the convention center and adjacent hotels.

“This is an exciting next step for Paddlesports Retailer,” says Bill Kueper, Vice President of Wenonah Canoe and Chairman of the Paddlesports Trade Coalition. “In its first year, the show brought together more than 150 exhibiting paddlesports brands and almost 300 unique retailers. Oklahoma City offers an unprecedented venue for a gathering of this magnitude that will only continue to grow in years to come.

The City is truly a paddler’s dream that will elevate the entire show experience for the industry.”

In addition to its strong committment as a paddlesports destination, Oklahoma City is ideal for its central location, which can be reached easily from any corner of the continental U.S.

“We would like to thank Madison for being a gracious host to us this year,” says Shoffner. “Madison will always be an iconic paddlesports destination that we will all be visiting again soon.”