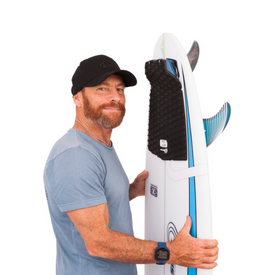 Ocean Guardian, powered by Shark Shield Technology, is the world’s only scientifically proven and independently tested electrical shark deterrent, yet myths about whether it works and that it attracts sharks still exist, preventing this proven safety technology being broadly adopted. Today, marine biologist and shark conservationist, Amanda Elizabeth, provides the facts and once and for all, busts the myths surrounding the efficacy of electrical shark deterrents.

Amanda says, “There are so many unfounded claims surrounding Ocean Guardian shark deterrents, does it work and does it attract sharks. Having reviewed the independent research on Ocean Guardian technology and seen it in action, I can confirm that it does successfully act as a non-invasive deterrent. We need to set the story straight, Ocean Guardian’s Shark Shield Technology does not attract sharks and has been proven to deter great whites and bull sharks, just ask Bear Grylls.”

“It has been speculated that sharks may be attracted to large electrical fields over far distances, mistaking the emitted field for potential prey. Research on Ocean Guardian’s FREEDOM7TM, has proven this is not the case,” said Amanda.

Study 1 (Huveneers et al. 2013) – This theory was directly tested by investigating whether the electric field emitted by the FREEDOM7TM would influence the behaviours of sharks at a distance greater then 20m. The FREEDOM7TM was proven to not attract white sharks.

Study 2 (Kempter et al. 2016) – To claim that the FREEDOM7TM is not attracting sharks, it was proven that the average time taken for a shark to arrive did not differ between the control (device off) and active (device on). Again, proving that the device itself is not attracting sharks. It is important to note that according to South African National Space Agency, the Ocean Guardian electrical field is immeasurable at 6-8 meters distance, thus this is how close a shark would have to be to the device to sense it. And by this point, they already know you’re there through sound, smell or sight.

“Several independent research studies have been conducted to show the efficacy of Ocean Guardian’s FREEDOM7TM and FREEDOM+ Surf, and there is no denying the scientific evidence supporting the excellent efficacy that their technology has in deterring Great White Sharks,” said Amanda.

Study 1 (Kempster et al. 2016) – Using a baited target, all great white sharks were repelled at a mean distance of 1.13m. Upon such findings, the report recommended that, “a deterrent that effectively deters this species should be an important safety consideration for a range of ocean users” (Kempster et al. 2016).

Study 2 (Huveneers et al. 2013) – Testing the rate of attacks on a towed seal decoy with the FREEDOM7 TM turned off, there were 16 breaches and 27 surface interactions. With FREEDOM7 TM activated there were zero breaches and only two surface interactions. This has proven that Ocean Guardian FREEDOM7TM has a significant effect on the behaviours of Great White Sharks (Huveneers et al. 2013).

“Ocean Guardian’s Shark Shield technology affects the behaviours of sharks and deters sharks attacking from depths. Given the high energetic cost, a shark will be less likely to breach if they sense an abnormality in their environment, such as the Ocean Guardian electrical field,” concludes Amanda.

About Ocean Guardian: In 2018, the Shark Shield company became Ocean Guardian®. The change of name reflects our bigger ambition – to make you safe whatever you enjoy doing in the Ocean – while also protecting the planet we call home. Ocean Guardian, powered by Shark Shield Technology, is the worlds only scientifically proven and independently tested electrical shark deterrent. Government approved and developed over two decades of research, Ocean Guardian’s patented technology creates a powerful three-dimensional electrical field, which causes safe but unbearable spasms in shark’s short-range electrical receptors, turning sharks away – including Great Whites. Nothing is more effective.

For further information or to set up and interview with Amanda Elizabeth, please contact: 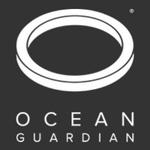 View all Releases by