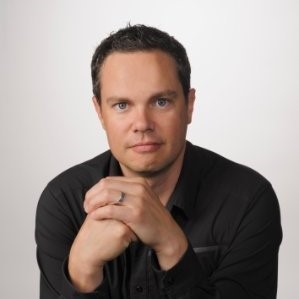 Rockefeller will oversee all North American marketing and communications campaigns

Rockefeller returns to Petzl after more than five years as a senior product line manager at Arc’teryx where he helped to develop innovative products and implement a new line architecture. He also co-managed the Arc’teryx Outdoor and Veilance PLM team during his tenure.

Jon previously served as the sport product and communications manager where he oversaw all product and product marketing for the outdoor industry side of Petzl’s global business. This role coordinated the product and product marketing under a single vision for Petzl from 2008 to 2011 in Crolles, France.  Previous to this role, he was the sport division manager and, prior to that, headlamp division manager for Petzl America between 2002 and 2007 when he transferred to Petzl headquarters in France.  His previous nine years of experience with Petzl both on a North American and Global level will help tremendously with his new role as marketing director for North America.

“Jon has a deep resume in the outdoor industry that helps him understand the many facets of our business. His former experience at our headquarters in France allows him a unique perspective on effectively telling the Petzl brand heritage story here in the U.S. and Canadian markets,” said Nazz Kurth, president of Petzl North America. “Jon also bring a fresh new perspective to the Petzl America leadership team and an exciting understanding and passion for the Petzl brand.”

As marketing director, Rockefeller will oversee all North American marketing and communication campaigns, and will work closely with Petzl’s new Global Communications & Brand Director, Olivier Richard, on larger initiatives for the sport and professional industries.

“Petzl is a brand that continues to drive towards the future by creating innovative tools and sharing their expertise with their customers,” said Rockefeller. “I look forward to working with an amazing marketing team and helping Petzl continue to grow their leadership in the outdoor and professional verticality and lighting markets.”

For over 40 years, Petzl has developed innovative tools and techniques used by those who work and play in the vertical world. Today, the Petzl brand is closely associated with adventure, exploration, rescue, and many notable exploits in the worlds of rock climbing, caving, and alpinism. In the professional market, Petzl is a world leader in work-at-height, fire and rescue, and tactical equipment and techniques. A family-owned business, Petzl is committed not only to quality and innovation, but also to giving back to the communities that have made us so successful. For more information, visit www.petzl.com.