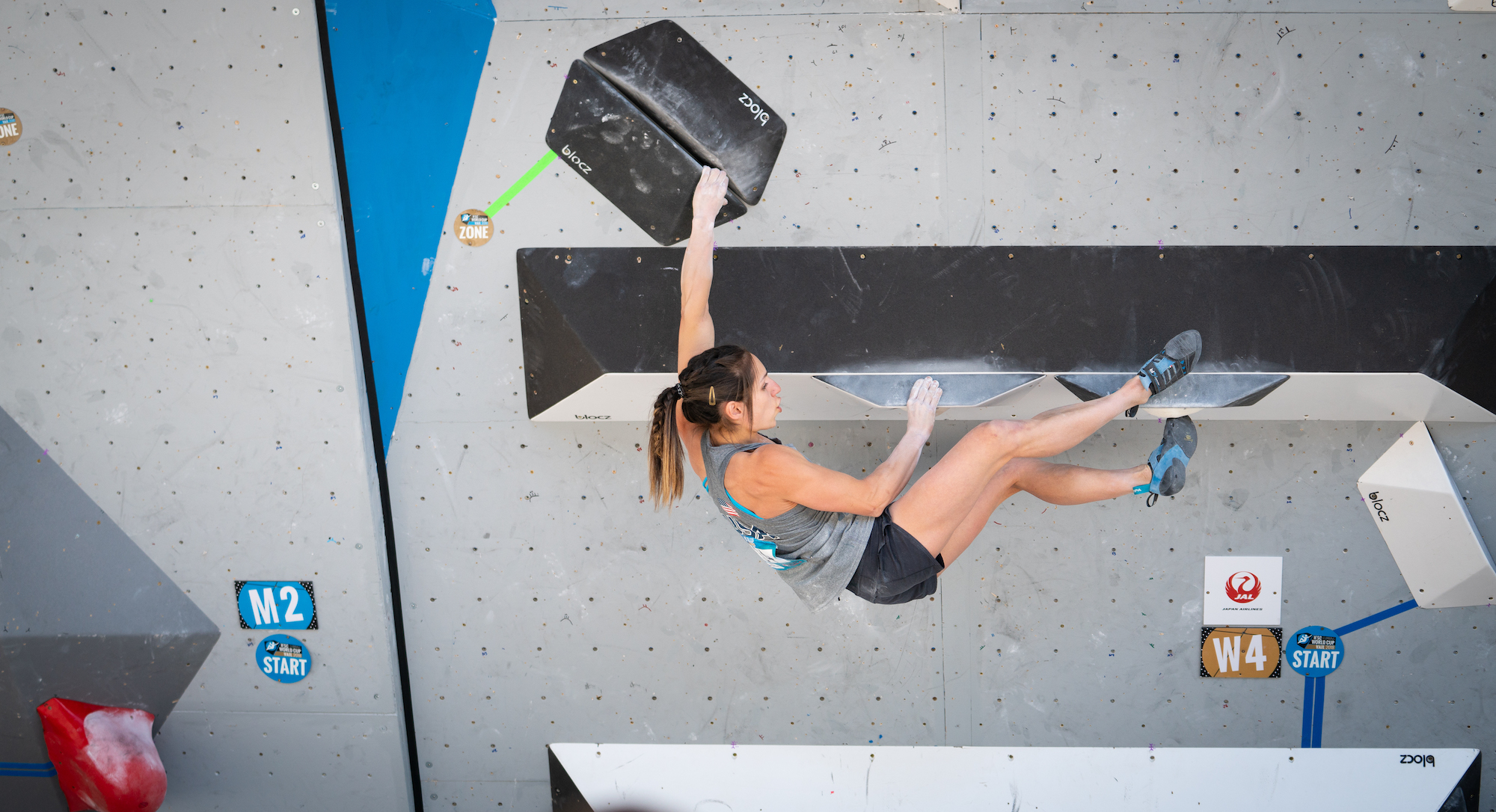 SALT LAKE CITY, Utah (June 14, 2018) – Petzl team member Alex Puccio successfully completed all four finals problems at the International Federation of Sport Climbing World Cup to take home the gold medal at Vail Mountain during the GoPro Mountain Games on Saturday, June 9. One of the sport’s most accomplished climbers, Puccio has been a member of the Petzl athlete Team since May 2015.

“This win here in Vail felt like a LONG time coming. This is only my second Gold medal in a World Cup ever, I have come in second and third so many times, and last time I won was 2009, which felt like forever ago,” Puccio said. “In the past I would always mess up in the final because of my mental game or approach. So many times I would go into finals in one of the top positions and then just bomb. This time was different! I was actually in first place every round of the competition which proved to myself that my mental game has gotten a lot stronger! Hard work pays off!”

Puccio was a finalist (fourth place) in the 2017 World Cup championships, and she has faced a number of injuries over the past few years, so this World Cup win was an important victory. Her first and only World Cup victory prior to Saturday was in 2009 at Vail, when she placed first at age 19. However, it was evident on Saturday that Puccio was ready to repeat history when she stuck her fourth sequence with a one-handed grab, the only competitor of the group to successfully complete the final problem.

“My training leading up to Vail was a bit different. I had been sport climbing and endurance training about 90 percent to get prepared for the Lead World Cup I’m going to start in July,” she said. “I would boulder here and there a bit to practice jumps and tricky moves but I’ve always had a lot of power so I knew that I would have more than enough for Vail, even if I was endurance training. I think maybe all the sport climbing may have helped my fitness on the boulders and my mental game a bit.”

“This is such a well deserved win for Alex. She absolutely dominated the field in all rounds of the Vail World Cup, showing just how impressive a competitor and athlete she is,” said Adam Peters, Petzl America’s Event & Team Specialist. “We can’t wait to see her in the Lead WC this summer!”

Puccio heads to Chamonix, France for the Lead Climbing World Cup July 11-13 followed by Munich for the Bouldering World Cup August 17-18. To read more about Alex and her career, please visit her profile on the Petzl website: www.petzl.com/Alex-Puccio

For over 40 years, Petzl has developed innovative tools and techniques used by those who work and play in the vertical world. Today, the Petzl brand is closely associated with adventure, exploration, rescue, and many notable exploits in the worlds of rock climbing, caving, and alpinism. In the professional market, Petzl is a world leader in work at height, fire and rescue, and tactical equipment and techniques. A family-owned business, Petzl is committed not only to quality and innovation, but also to giving back to the communities that have made us so successful. For more information, visit www.petzl.com.