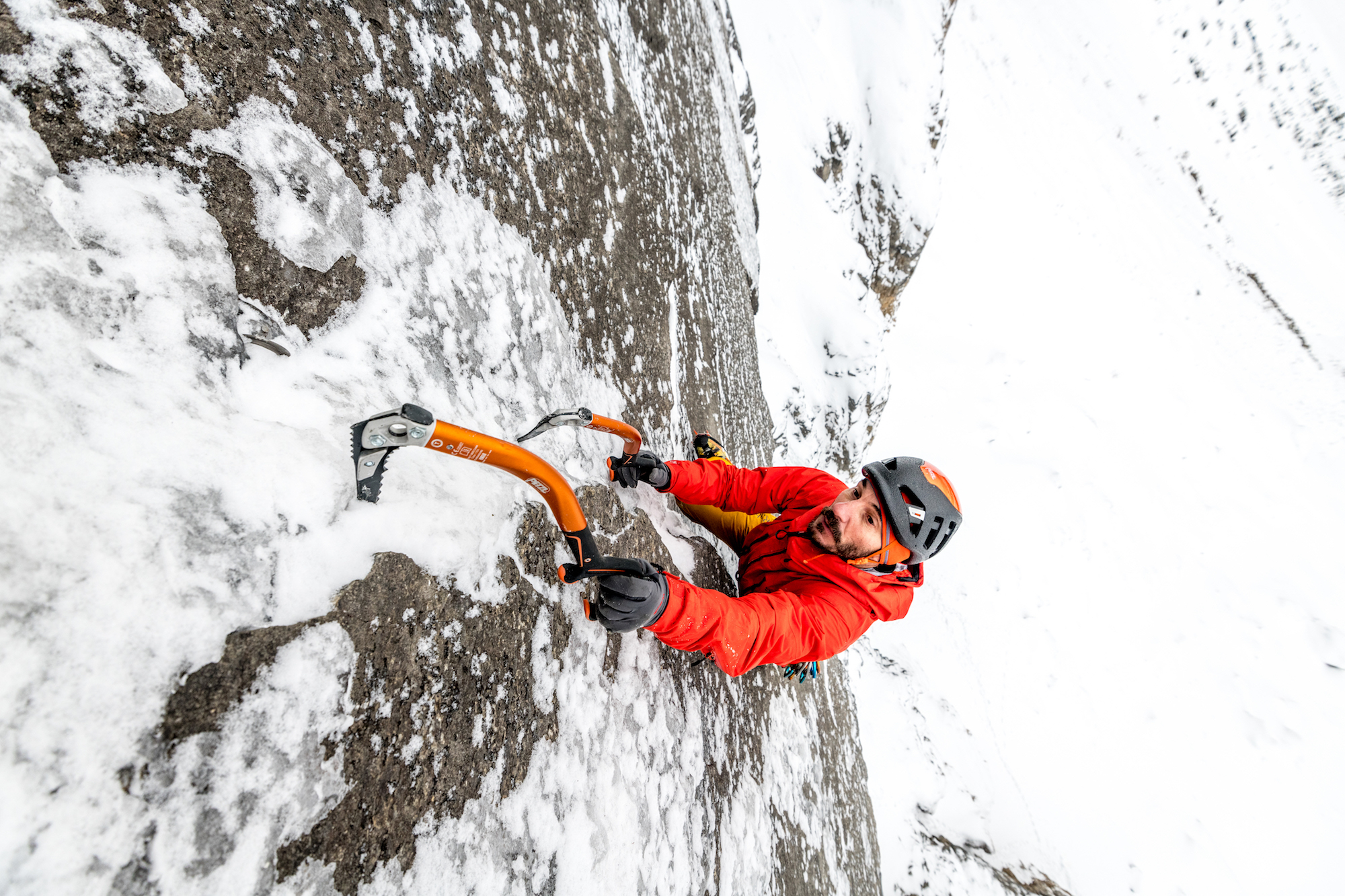 SALT LAKE CITY, Utah (November 28, 2018) — Petzl, the leader in solution-based verticality and lighting equipment, was recently awarded a Gear of the Year from Men’s Journal for its all-new ERGONOMIC ice tool. The ERGONOMIC bridges the gap between the popular NOMIC and its predecessor, the ERGO, offering more utility than ever as a specialist tool, made for everything from steep ice to overhanging dry tooling and mixed climbs. This award adds to the list of accolades and positive feedback that Petzl has received since this tool’s debut earlier this year.

In order to understand where the ERGONOMIC fits into the array of Petzl ice tool offerings, the editors at Rock & Ice wrote, “The ERGONOMIC essentially takes the head and shaft of the 2018 NOMIC and adds a much beefier, more inclined handle designed for steeper climbing, pick stability and maximum hang time. In other words, it’s the next step up from the NOMIC, intended for difficult ice and mixed … For those who use the NOMIC and desire a more advanced and versatile tool, the transition to the ERGONOMIC will feel seamless.”

Men’s Journal honored Petzl with Gear of the Year for this tool because, “the gracefully curved shaft provides clearance for hooking over bulges without the knuckle bashing you’d have with straight tools. … The tool’s angled double grip has a contoured pinky rest that lets you hang without exhausting yourself, and the handle’s design forgoes fancy cutouts for maximum surface area for your glove.”

The Men’s Journal Gear of the Year award adds to the list of other positive feedback the ERGONOMIC has received since its release in early fall. The Alpine Start, a climbing equipment review site out of the ice and mixed Mecca of Canmore, offered up a review of the ERGONOMIC that stated “as it was designed primarily as a steep ice and mixed tool, it climbs rock fantastically with minimal pick shift and that similar, very secure, feeling of driving the tip of the pick into the rock.” They also noted the redesigned bottom pommel which allows the “tool to freely rotate in your palm during the swing. For someone used to curved, technical, tools the ERGONOMIC swings easily and places solidly … It is by far the most confidence-inspiring of the new tools, especially on tricky, featured ice or when swinging over bulges.”

After trying the tool out earlier this year in Ouray, professional climber Anne Gilbert Chase gave her feedback on the ERGONOMIC for Weigh My Rack. “It swings amazing, designed for steep ice and dry tooling, it swings really well into the ice … It’s a pretty rad step up in the game of ice climbing.”

Petzl athlete Conrad Anker was also one of the first people to test the new tool in Ouray and commented, “(The ERGONOMIC) has a great balance on it. The bottom grip is broader, it’s more like a hockey stick than round, the least pumpy of the tools that have come out. It’s like you’re shaking hands with someone.”

Anker is referring to the unique lower grip that this tool features, which is larger in diameter with flat sides, giving the user a more secure grasp due to a higher volume of contact area. A new overmolded glass filled nylon handle also makes the upper grip more durable.

The ERGONOMIC comes equipped with a redesigned DRY pick that offers more aggressive teeth, tapered from 4mm at the top to 3.2mm at the tip. It weighs in at 635 grams per tool and retails for $360.

For over 40 years, Petzl has developed innovative tools and techniques used by those who work and play in the vertical world. Today, the Petzl brand is closely associated with adventure, exploration, rescue, and many notable exploits in the worlds of rock climbing, caving, and alpinism. In the professional market, Petzl is a world leader in work-at-height, fire and rescue, and tactical equipment and techniques. A family-owned business, Petzl is committed not only to quality and innovation, but also to giving back to the communities that have made us so successful. For more information, visit www.petzl.com.