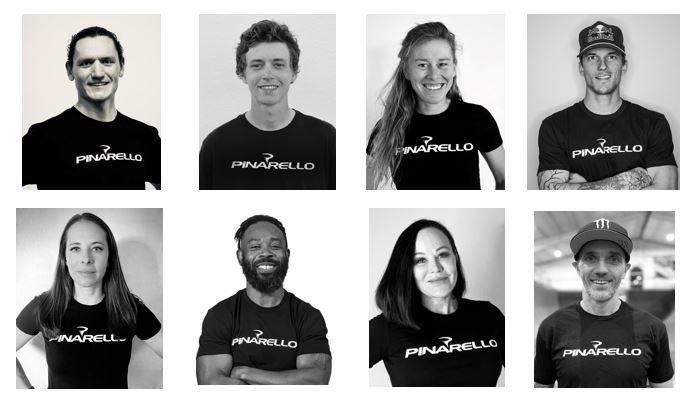 Solana Beach, CA. (1/6/22) /OUTDOOR SPORTSWIRE/ – Following its bold move into the gravel sector in 2021, Pinarello, the storied Italian bicycle maker, announces the expansion of its Scuderia ambassador program for 2022. The Scuderia brings together athletes and community leaders from unique corners of the cycling and adventure sports sectors to motivate and inspire others to tap into the power of riding bikes. Whether racing at the highest level or introducing someone to their first gravel event, Scuderia members will advocate for creating space for women, aging athletes, kids and BIPOC athletes within the cycling community, and highlight the bike as a fundamental tool for all athletes to push their personal boundaries.

Building on the Scuderia’s successful launch in 2021, Pinarello will evolve the Scuderia into a 3-tiered program with distinct rosters for Competitive, Community Leader and Adventure tiers. “The Scuderia is designed to foster excellence, while at the same time, open doors to underrepresented communities in cycling by giving athletes the support they need to reach their full potential in whichever discipline or initiative they are dedicating themselves to,” said Kim Rogers, Pinarello’s US Marketing Director and visionary of the Scuderia program. “We believe that if you put someone on a Pinarello, it’s limitless as to what they can achieve. We aim to empower each member to motivate and inspire each other as well as their respective communities to tap into the power of bikes.”

From Big Mountain Skiers to Pro Gravel racers, the 2022 Scuderia roster welcomes a diverse group of cyclists, including:

As the Scuderia moves into 2022, you will be sure to see the above athletes making an impact beyond any other Ambassador program. Look for the Scuderia at the forefront of gravel’s most elite races, leading clinics coaching cycling’s next generation and deep in mountains testing the technical limits of Pinarello’s bikes. The Scuderia Pinarello will be rallying their respective communities to find their own passions on two wheels.

Pinarello was founded in 1952 and is a leading premium road bike, accessories and apparel brand. The company is known for its cutting-edge, Italian-designed road bikes for use by amateur and professional riders alike. Sold in over 50 countries worldwide, Pinarello’s products are clearly differentiated by advanced technology, uncompromising performance and beautiful style. A favorite of Grand Tour riders, Pinarello is currently partnering with Team Ineos Grenadiers and has provided bikes to 30 Grand Tour winners, including seven of the last nine Tour de France’s.