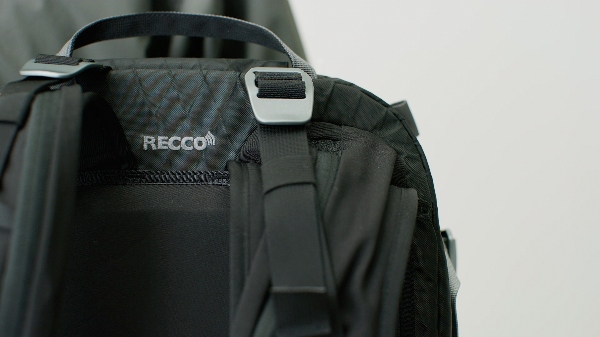 “Research shows that the best chance to avoid burial in an avalanche is with an avalanche airbag. We developed our most advanced backpack yet, the Dimension Avalanche Backpack, to create a convenient, practical, hassle-free system with zero compromises. And by integrating technology such as the embedded RECCO® reflector, which makes a user searchable to rescue teams, we are able to enhance the role of smart technology and add a layer of safety which does not need batteries or an internet connection,” says Johan Weman, Technology Exploration Director at POC.

Besides the Alpride E2 Electronic Airbag System, the backpack offers a left or right side height-adjustable airbag deployment handle, an airbag compartment with a burst-zipper, a fleeced goggle zip-pocket, a zip-pocket for valuables with a key-clip, and a pouch for a first aid kit in the main compartment.

The fluorescent orange color of the Dimension ensures perfect visibility even during the worst white-out, and high-quality materials and construction guarantee lasting durability and absolute reliability.

“POC continues to break new ground when it comes to safety on the mountains, no matter on the slopes or in the backcountry. Their newest Dimension Avalanche Backpack shows their commitment to making their customer’s adventures as safe as possible,” says Fredrik Steinwall, CEO at RECCO.

The collaboration between POC and RECCO began with ski helmets 15 years ago. In 2015, POC became the first brand to integrate rescue reflectors into bike helmets after the introduction of the RECCO SAR Helicopter Detector, which is used to look for missing people year-round, extending the functionality of the RECCO system into four-season use.

RECCO technology makes outdoor enthusiasts searchable to rescuers in case of burial in an avalanche or simply if someone is lost in the outdoors. The technology is based on a two-part radar system. Rescuers carry RECCO detectors that send out search signals which are echoed by RECCO reflectors, carried by the user. RECCO detectors are used worldwide at more than 900 ski resorts and mountain rescue organizations in 32 countries.

The Dimension Avalanche Backpack will be available starting in early December.

RECCO® advanced rescue technology makes outdoor enthusiasts searchable to rescuers in case of an avalanche accident or when lost in the outdoors. The technology builds on a two-part radar system. Rescuers carry RECCO® detectors that send out search signals which are echoed by RECCO® reflectors, carried by the user. RECCO® detectors are used worldwide at more than 900 ski resorts and mountain rescue organizations in 32 countries. RECCO® reflectors are integrated into select apparel, helmets, protection gear and boots manufactured by more than 150 leading outdoor brands. RECCO AB was founded in 1983 in Sweden and is owned by its founder Magnus Granhed and the publicly traded investment company Traction AB (listed on OMX Nordic Exchange Stockholm). More info at recco.com.