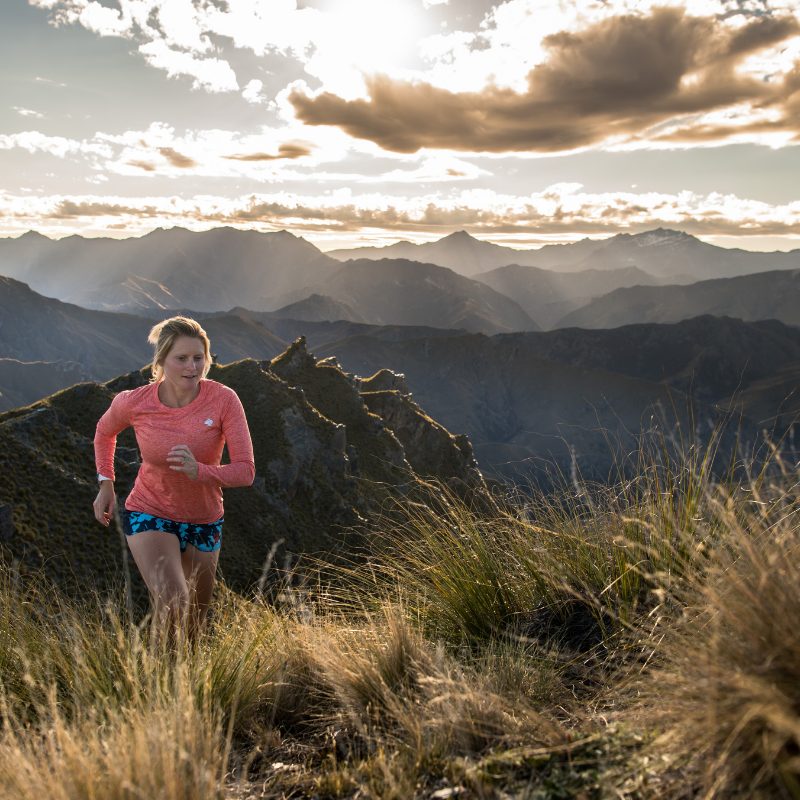 March 2nd, 2021 – Santa Barbara, California – Anna Frost, who is perhaps best known for her world-class running performances across trails and up mountains around the world, has partnered with rabbit, a cutting-edge running apparel brand from California, to become the latest edition to their professional team.

Her record-breaking results have spanned more than a decade, including a World Mountain Running Association World Cup victory in 2008, and back-to-back wins at both The North Face Endurance Challenge 50-Mile Championships in 2010 and 2011 and the Hardrock Hundred Mile Endurance Run in 2015 and 2016. She’s a two-time winner of the prestigious Transvulcania Ultramarathon (2012 and 2014), and she set the fastest known time on the Nolan’s 14 route in 2015–a brutal 100-mile trek traversing fourteen of Colorado’s fourteen-thousand foot peaks. Yet these achievements are not what define the New Zealand native.

Anna, or “Frosty,” as she’s affectionately known, has used her running platform to travel to meet other cultures, allowing their influence to shape her and encouraging discussion about topics important to them. As a global ambassador for SisuGirls, and now an acting member in the organization, she has worked to inspire and encourage girls and boys to develop bravery and determination through sport and adventure. She has presented at a TEDx Talk, and her reflections, worldview, and loving spirit have been well documented throughout her career. She coaches runners to be their physical and mental best, and she recently became a mother whose family has reshaped her outlook on running and life. These are the qualities that best define Anna and that will leave a positive impact that far outlasts her running accomplishments.

These are also qualities that are shared values with rabbit, founded by Jill Deering and Monica DeVreese–two mothers with a vision that closely mirrors Anna’s.

Aside from her renowned running resume, these shared values make Anna a perfect fit with the rabbit family. One of rabbit’s core pillars is to help people have better lives through running, and Anna fully embodies and gives breath to that spirit.

“We feel so unbelievably honored to have Anna join the rabbit family as a professional runner. Anna’s resume speaks for itself, but Anna represents so much more than that. Anna is an incredible human being who has, and will continue to, change the running community forever. She is a true inspiration and a remarkable role model whose values and goals align perfectly with rabbit’s.” – rabbit co-founder, Jill Deering.

On or off the start line, Anna will continue to use her voice to spread her message, a message that rabbit was founded on: running should empower and improve the lives of boys and girls, men and women, all around the world.