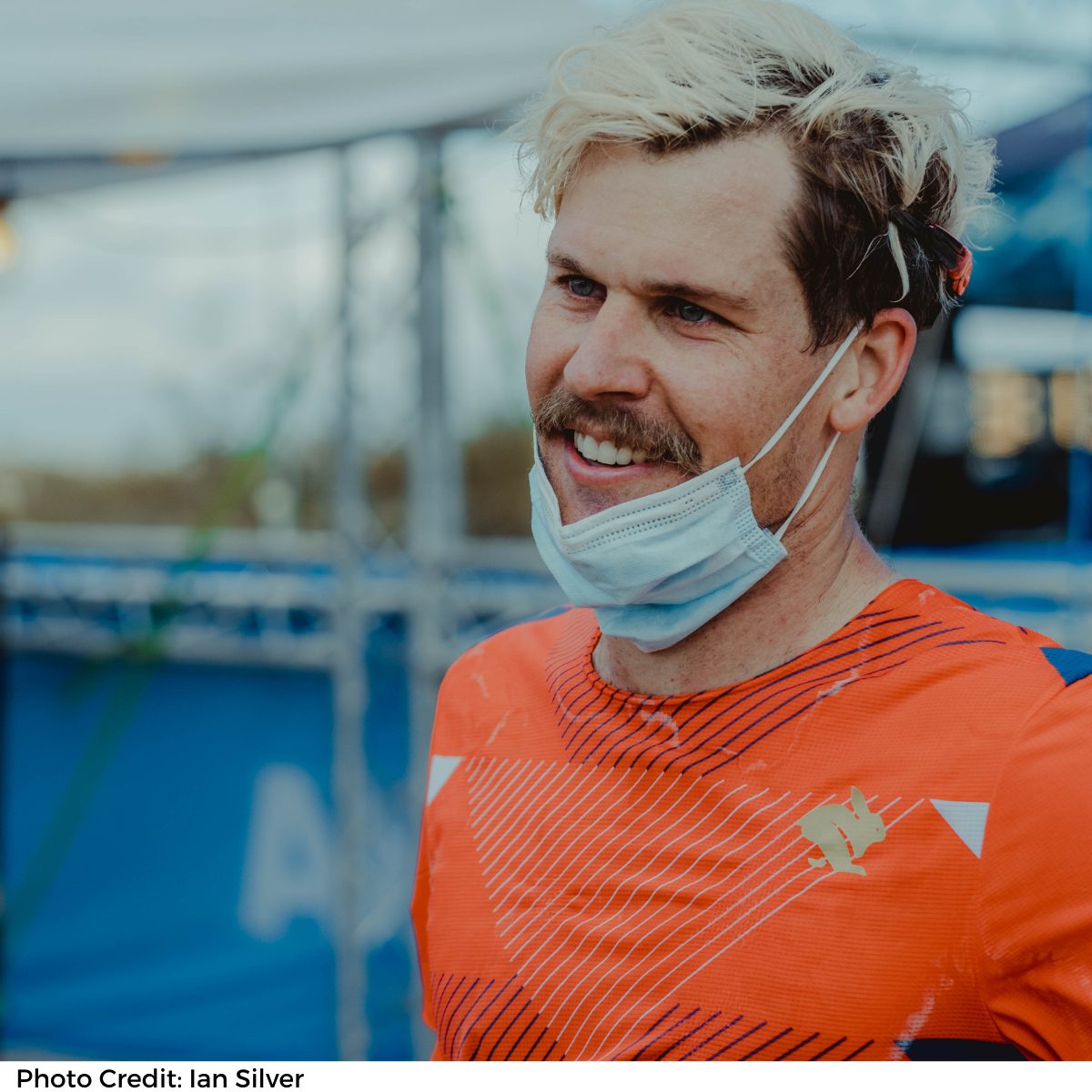 February 16th, 2021 – Santa Barbara, California – The Western States 100 Endurance Run, the world’s oldest 100-mile trail race, permits just 369 entrants each year. There were 6,664 applicants entered for selection from the race lottery in 2020, and when the race was cancelled last year due to the COVID-19 pandemic, just a few entries remained for the 2021 race. In fact, on the morning of February 13th, just eight spots remained for this year’s Western States.

Four of those race entries would be awarded to the top two male and female finishers of Aravaipa Running’s Black Canyon 100k via “Golden Tickets”. rabbitPRO Eric Senseman, who had twice gained entry to Western States by way of a Golden Ticket in 2018 and 2019, hoped to earn one of the final coveted spots to the race when he lined up at the Black Canyon this past Saturday.

After setting a blazing early pace in the lead pack, falling back to fifth place, and battling leg cramps in the second half, Senseman fought his way to the front in the late stages of the race for a second-place finish in a time of 8:10:54, the fourth-fastest time over the full point-to-point course. He was rewarded, for the third time, with an automatic entry into America’s legendary 100-mile footrace.

On the whole, rabbit athletes had much success at this year’s Black Canyon 100k, with rabbitELITEtrail Tyler Fox finishing in 4th and newly signed rabbitPRO Justin Grunewald out-sprinting Ben Koss for a 7th-place finish.

For Senseman, it was a relief to again race his way onto America’s biggest ultrarunning stage.

“I have so much respect for Western States, the race history, the race organization, and the competitors that have had success at such a long and grueling event. I’ve always wanted to prove myself on that stage, and it’s such a privilege to have a third chance there after two unsuccessful races in previous years,” he said.

Senseman finished in 78th place at the 2018 Western States after walking much of the race’s final third, and he dropped out of the race at mile eight-five in 2019. Watch him battle for redemption among a talented field of runners from across the world at this year’s Western States 100 Endurance Run on June 26th.