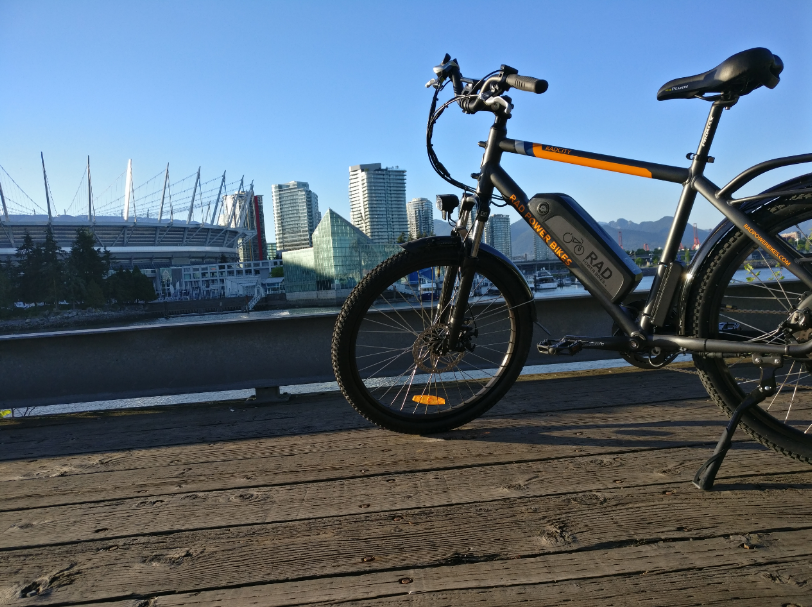 After two successful years of bringing high-performing affordable ebikes to Canadians through its online store, Rad Power Bikes is putting down roots.

VANCOUVER, British Columbia – May 24, 2018 – Rad Power Bikes, a global direct-to-consumer electric bike brand, is growing its Canadian headquarters and opening a retail showroom in East Vancouver this summer. The expansion will bring a physical presence to the company’s well-established Canadian online business and fan base, which has been thriving since 2015. The new location will give customers a chance to kick the tires, take a test ride, and talk face-to-face with the local team. Rad Power Bikes will host a grand opening celebration when the showroom opens in June.

“I’m especially excited to bring the joys of ebiking to even more of my neighbors,” said Daniel Henderson, Rad Power Bikes’ Canadian Business Director. “We’re building a great place where our growing Vancouver team can not only connect with our community in-person, but better serve our customers all across Canada.”

The Vancouver showroom will be Rad Power Bikes’ third brick and mortar location, joining the Seattle, Washington headquarters and European showroom in Utrecht, Netherlands. Blending ecommerce and retail has been key to Rad Power Bikes’ emergence as North America’s largest and most trusted ebike company.

“Putting down roots is just as important to us as it is to our customers,” said Mike Radenbaugh, Co-Founder and CEO of Rad Power Bikes. “The first-hand experience and support at the retail showroom will complement our existing foundation in Canada, which includes our bustling online store, free shipping, and white glove home delivery with velofix Direct.”

Rad Power Bikes aims to improve people’s lives and communities through their lineup of five ebikes, each developed with customer lifestyles in mind. The RadRover fat-tire ebike and RadCity commuter ebike are the most popular throughout Canada. To improve the way businesses transport goods, Rad Power Bikes developed the RadBurro etrike for commercial use. Local businesses including Shift Delivery and www.spud.ca will make eco-friendly last-mile deliveries in Vancouver with the RadBurro. Each of Rad Power Bikes’ models comply with Canada’s rules and regulations for electric bikes, giving everyone peace of mind that they can safely ride to work, run errands, go on weekend adventures, and more.

Rad Power Bikes is bringing practical and fun alternative transportation options to the masses. The company was born in rural California in 2007 when the founders launched their first ebike prototypes. In 2015, after noticing that it was nearly impossible to find an affordable, high-performing ebike through traditional bicycle shops, they began selling their own models directly to consumers. Since then, they have been at the forefront of sustainable electric vehicle development and accessibility, and in 2017 were named to Forbes and Inc. Magazine’s “30 Under 30” lists. Based in Seattle, Vancouver, and Utrecht, Netherlands, the team of passionate ebike enthusiasts create ebikes that are built for everything and priced for everyone.