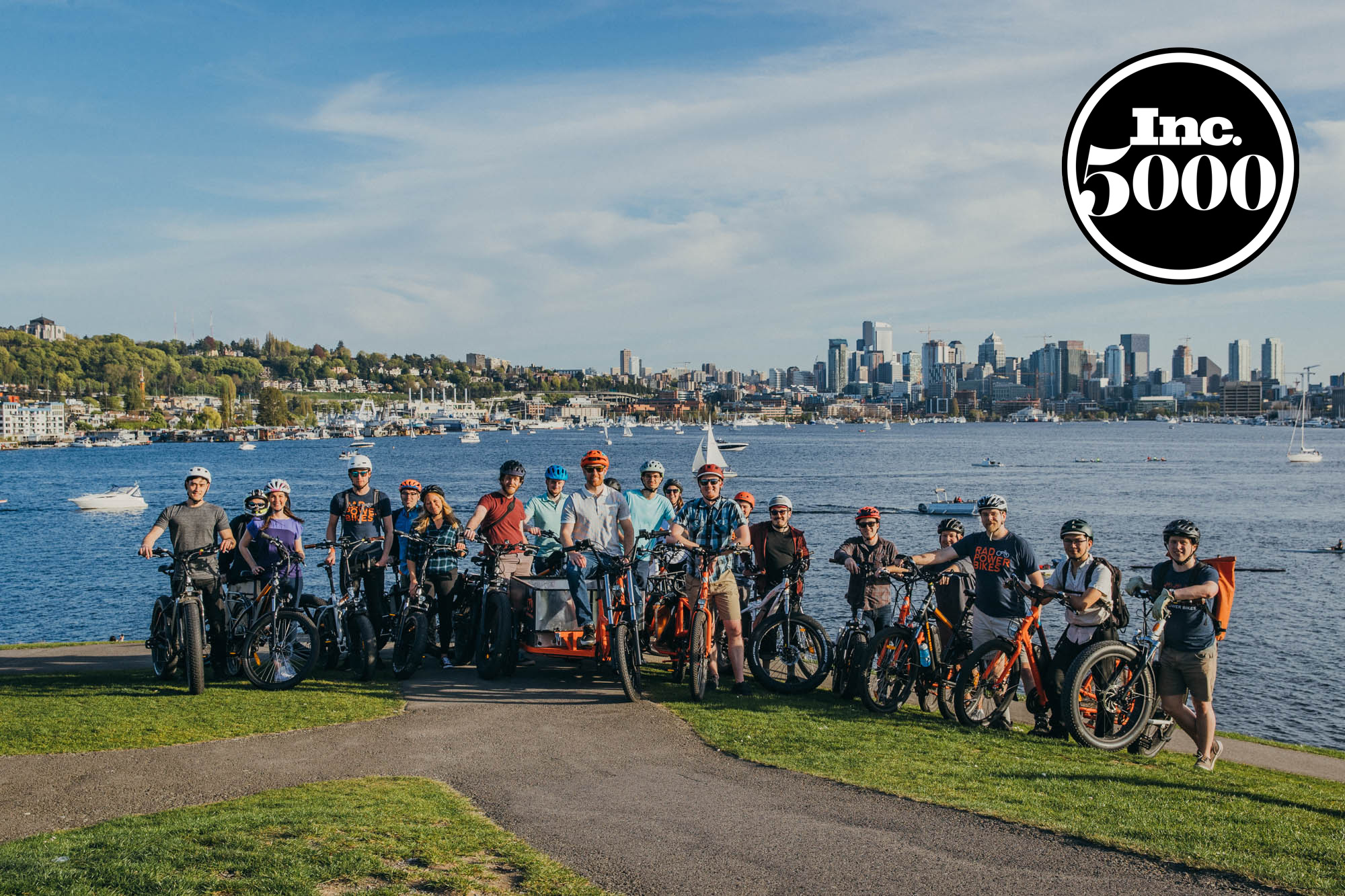 SEATTLE, August 15, 2019– Inc. magazine today revealed that Rad Power®Bikes is number 63 on its annual Inc. 5000 list, the prestigious ranking of the nation’s fastest-growing private companies. Many well-known names, including Microsoft, Dell, Domino’s Pizza, Pandora, and Timberland, gained their first national exposure as honorees on the list.

“This is an exciting milestone and a testament to our talented team and passionate community of owners,” said Mike Radenbaugh, Founder and CEO of Rad Power Bikes. “We started out wanting to build ebikes, and are now building a company that’s helping to change the way people and businesses move.”

Ranked within the top 100 companies, Rad Power Bikes will be featured in the September issue of Inc., available on news stands on August 20. For more, visit www.radpowerbikes.com and www.inc.com.