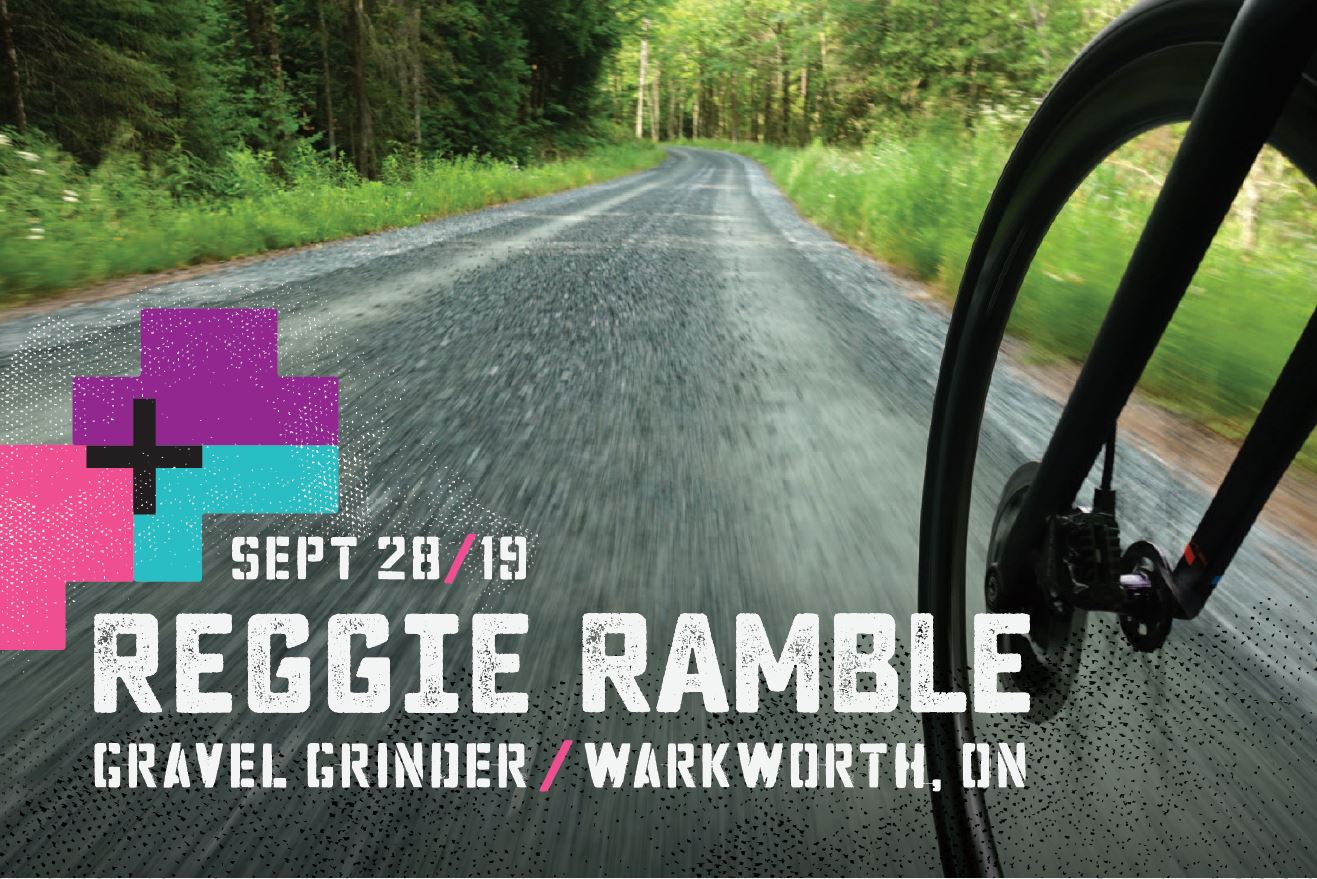 Port Hope ON, Canada (September 20, 2019) — Hoping to build on the momentum of the gravel cycling craze in North America, REGGIE– the upstart Canadian apparel brand renowned for its bold designs and top-notch craftsmanship –is launching a new gravel event that will challenge riders with three distance options over a mix of surfaces and terrain offering a truly unique cycling experience. The eagerly awaited REGGIE Ramble is just over a week away, September 28 in Warkworth Ontario, about 1.5 hours northeast of Toronto and just over three hours from Buffalo, NY.

Jeff Wills, REGGIE’s founder and a former elite bike racer, has teamed with Superfly Racing, one of Canada’s premier race promoters, in hopes the Ramble will reach a similar level of renown – in part by bringing that level of event closer to the Northeast’s major population centers. Buzz has been steadily building, and turnout looks to be higher than expected with several hundred riders already registered and many more to come in the closing days.

“REGGIE is all about having fun riding bikes, so we simply have to host a ride,” says Wills. “We wanted to have an event that mimics the rides I love to do with my buddies, and that’s where the name comes from: When the weekend ride starts at my house, we call them REGGIE Rambles, and my friends know they’re in for something they’ve never done before – and it looks like hundreds more ‘friends’ will be treated to the experience next weekend!

“Like those rides, the Ramble’s ‘curated’ circuit of roads will get even local riders to places they’ve never been before and challenges everyone’s idea of where they can ride bikes. We’ll get them to push their limits on distance, time, pace, mix of surfaces, destinations, etc”.

Three distinct loops combine to offer three distance options: All Ramble riders will take on the first loop of 65 km. Then, after returning to the Fairgrounds, longer-distance riders will head out on a separate second loop for the 130 km option. And the ultimate challenge adds the third loop for a monstrous 200 km total. Aside from the streets in and out of town, all the roads and trails are unique to each loop. To find out more about the loops click HERE

The Ramble is decidedly heavy on gravel and dirt with minimal paved “connectors:” Approximately 70 percent of the route is gravel and dirt roads. And those roads are anything but flat! The hilly region means constant rollers, with each loop offering approximately 3300 feet (1,000 meters) of climbing, for a total of around 10,000 feet on the long course. Each loop will also feature three to four “Ambush” sections which are especially adventurous (read: crazy). These sections will surprise riders with climbs, descents, water crossings, and extreme surfaces. What is the terrain like? Click HERE

“We want to build in a mix of fun, competition, challenge and accessibility so that more riders can participate. Then after their first REGGIE Ramble we hope riders will love it so much they’ll come back next year to push themselves to the next distance or a faster time,” says Wills

About REGGIE: REGGIE (Reggie Sports Inc.) is a Canadian brand, founded by the Wills Kids, and we create cycling gear that will make you grin and push you on your next ride. Bike riding is fun and awesome, and REGGIE is about keeping it that way through unique designs and pro level quality that stand out from the pack.

About SIMBOL Communications: SIMBOL formed to help brands tell truthful, authentic stories through exposure in a wide variety of media outlets, developing creative  in the outdoor, cycling and fitness industries — as both industry professionals and competitive enthusiasts — the founders of SIMBOL have all the tools to get powerful stories to the right audience.