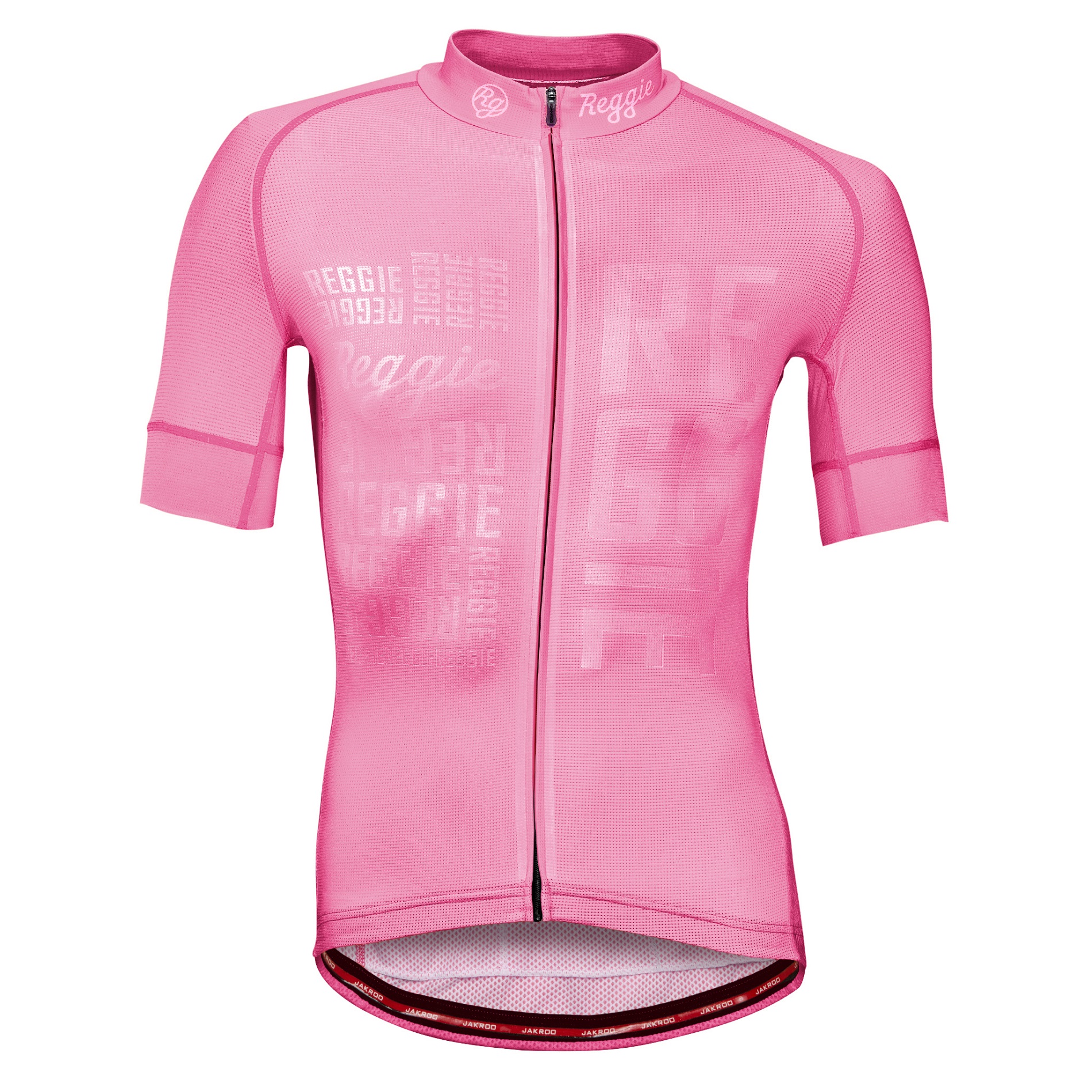 The Rosa REGGIE, a pink version on their popular De Boss line, is available now online. As with all the De Boss line, it is equally understated and in your face. Other brands have tried to copy it but the design is pure REGGIE. The process of pressing the design permanently into the fabric gives the logos a subtle appearance at first, but then they pop when the sun hits.

Like all REGGIE jerseys, the is available in both a men’s and women’s cut, and both are offered in two fit styles, the enthusiast-inspired “Fast” fit, which is more typical of US apparel brands, and the more race-inspired, Euro-leaning “Faster” fit.

Co-founder Jeff Wills has long considered the Giro his favorite race, and wanted to celebrate the 102nd Giro d’Italia which begins this weekend. The event fits in well with REGGIE’s ethos which is all about riding lots and having maximum fun on a bike – and perhaps nowhere in cycling is this better represented than through the rabid “Tifosi” fans lining the 21-stage course, just hoping to get a quick glimpse of the world’s most elite riders. As they race their way through the more than 3,500km, the cheers of “Vai, Vai, Vai” fill the air throughout the route.

Now North American riders can feel like the GC leader in their own personal Grand Tour by rocking the Rosa REGGIE jersey. Maybe they’ll even get a few “Vai” cheers along the way! And for the full REGGIE experience, the jersey can be perfectly complemented by adding the Classy Pink bib shorts and some cool FULL GAS socks.

REGGIE (Reggie Sports Inc.) is a Canadian brand, founded by the Wills Kids, and we create cycling gear that will make you grin and push you on your next ride. Bike riding is fun and awesome, and REGGIE is about keeping it that way through unique designs and pro level quality that stand out from the pack.

SIMBOL Communications formed to help brands tell truthful, authentic stories through exposure in a wide variety of media outlets, developing creative  in the outdoor, cycling and fitness industries — as both industry professionals and competitive enthusiasts — the founders of SIMBOL have the all the tools to get powerful stories to the right audience.