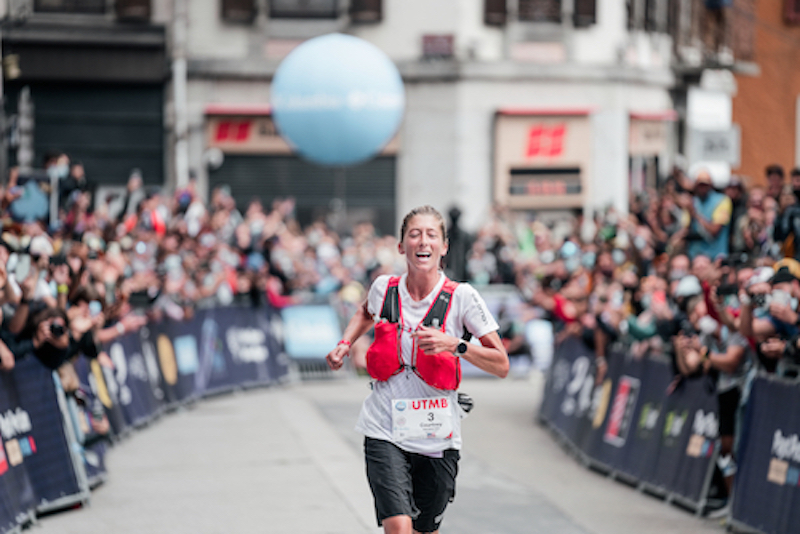 OGDEN, Utah (July 11, 2022) /OUTDOOR SPORTSWIRE/ – Salomon, a leader in the world of outdoor sports, celebrates 75 years with festivities in the brand’s hometown and a launch of a 4-part YouTube series honoring the brand’s rich history. The series reflects on the contributions it has made to winter sports, running, hiking and action sports since it rose from humble beginnings in Annecy’s historic old town.

“Since Salomon was founded in a small workshop in the heart of Annecy in 1947, it has been reinventing products and sports while helping its consumers find the best version of themselves through outdoor experiences,” says Salomon President and CEO, Franco Fogliato, who joined the company in November 2021. “The town of Annecy and the outdoor communities around it have shaped Salomon into the company that it is today.”

75 Years of History Established in the French Alps
Salomon started as a family wood saw and ski edge shop in 1947 and has grown into a globally recognized outdoor brand with more than 1600 employees worldwide, including approximately 750 at its global headquarters—the 33,500 square-meter Annecy Design Center. Known as the ADC, it is home to engineers, designers, and athletes, and is located just five kilometers from the original Salomon family shop. The company currently conducts business in 91 countries across Europe, North America and Asia via its 190 Salomon-branded stores and thousands of global retail partners, and online via its website and e-tail partners. Today, Salomon is the worldwide leader in winter sports equipment sales (consisting of alpine skiing, Nordic skiing and snowboarding) and the global leader in the sport of trail running.

“Georges Salomon was fond of saying ‘I’m fascinated by what I will do tomorrow’ so while this 75th anniversary gives us a chance to look back on what we have done, we are extremely excited about what the next chapter of Salomon will hold here in Annecy and globally,” Fogliato adds. “Today, Salomon is focused on maintaining our leadership in trail running and winter sports, and reaching new, younger outdoor sports participants who have found the brand through hiking, running and our SportStyle footwear.”

As part of its look back at 75 years in the outdoor world, Salomon has released a four-part YouTube series that examines the major chapters in the brand’s history. The first episode examines Salomon’s 75 years of innovation in winter sports, which includes ski industry-altering creations like the 747 binding, the 1080 ski and the S/LAB Shift binding. The second episode covers the company’s exploits in the Freedom Actions Sports Era of the 2000s, which includes board sports, inline skating and wingsuit flying. In episode 3, viewers see how Salomon ignites communities with activations like Ski Cross, the Jib Academy, Salomon TV and Adventure Racing in the early 2000s. The fourth and final episode dives into how Salomon’s risk-taking mentality helped build the sport of trail running from its early days and how the brand has become the global leader in the sport today.

The series includes interviews with current and former employees as well as legendary Salomon athletes, who have always been an integral part of the brand’s DNA and continue to play a huge roll in product development. Many of the historic moments in the YouTube series were captured along the way by Salomon TV, which got its start in 2007 as Salomon Freeski TV and has influenced how brands develop content around their athletes and sports. The franchise has evolved to cover every sport in the Salomon portfolio and addressed topics like the environment and politics through the lens of sports and athletes. In its 16 years of existence, Salomon TV episodes have won numerous film festival awards and racked up more than 114 million views and more than 5 million viewing hours.

In recent years, the brand has also made a number of sustainability commitments and achievements. By 2030, Salomon will reduce its carbon emissions by 30% and by 2025, 100% percent of its products will be designed with circular economy principles. These commitments have led to products like the Index.01 recyclable running shoe and a new ski touring range for winter 2022-23 which implements recycled materials.

A Call to Fans for their Favorite Salomon Memories
After revisiting 75 years of “Inventing Tomorrow” through this four-part YouTube series, Salomon is now asking members of its community to share their own favorite memory connected to Salomon—whether it’s a first pair of skis, a chance meeting with an athlete or a big trail race in Salomon shoes. To share a Salomon memory, post a photo or video on social media tagging @Salomon and using the hashtag #MySalomonStory. Salomon will feature the best posts in its content in the weeks ahead.

For more information about Salomon, please reach out to Corinne.Baud@rygr.us.