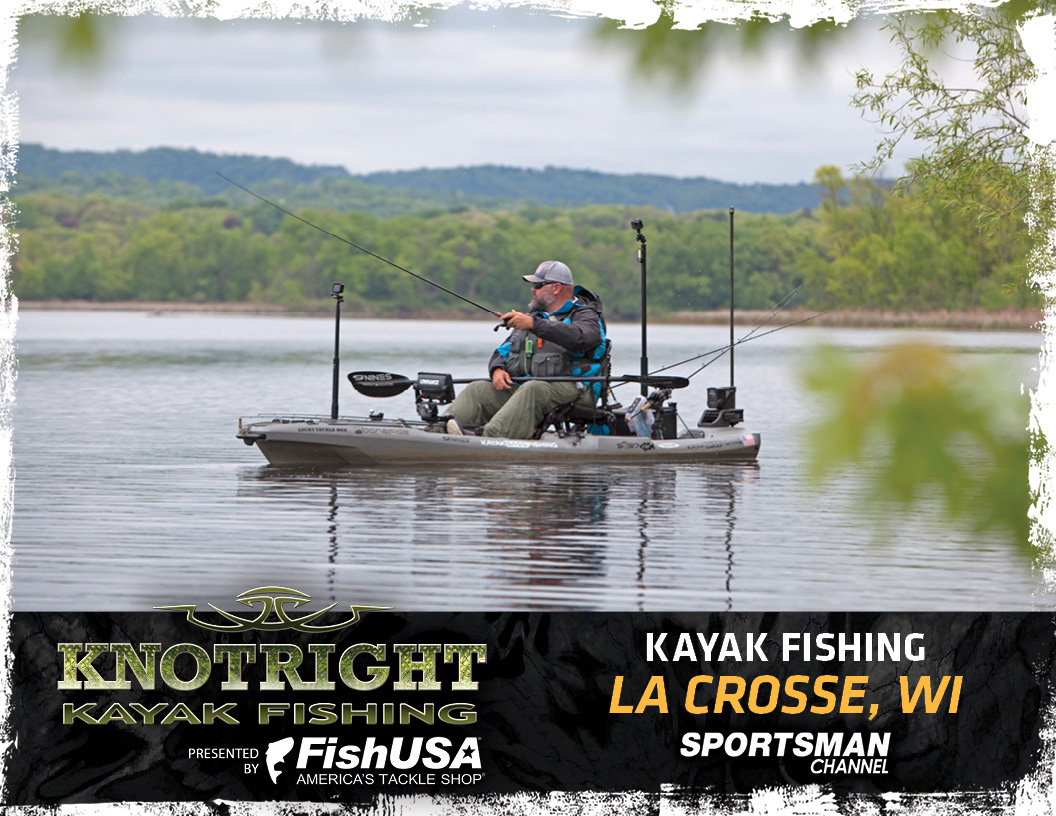 (Beachburg, Canada – May 13, 2019): Heliconia, the video production company behind the hit television series Knot Right Kayak Fishing presented by FishUSA, is excited to announce that the 8th season of the entertaining kayak fishing show will premiere on Sportsman Channel, Thursday, May 23rd at 10:00 am est. The episode will re-air on Sunday, May 26th at 2:30 pm est.

Regulars of Knot Right Kayak Fishing presented by FishUSA love Chad’s down-to-earth, honest and informative take on kayak fishing. While always the funny-man, Chad provides easy to understand tips and tricks to help anglers of all experience levels up-their game and land their personal best. Chad’s love for the sport is contagious and provides plenty of motivation for viewers at home to get out fishing themselves.

“Chad is a true kayak fishing pioneer and he always presents an entertaining and informative show, so we’re excited about sharing Knot Right with kayak anglers everywhere! It’s a perfect way for us to let kayak fishermen know how committed we are to offering the industry’s best assortment of kayaks and kayak fishing accessories,” FishUSA President & CEO, Jeff Parnell, explained.

Four new episodes of Knot Right Kayak Fishing presented by FishUSA will air this season on Sportsman Channel. The show is currently in its 9th filming season. Brands interested in partnering with Chad are encouraged to reach out to Heliconia’s Vice President, Brendan Mark, at brendan@helipress.com.

About Kayak Fishing with Chad Hoover: Chad Hoover loves to fish. So much so, he has little tolerance for those who don’t. His passion and talent for bass fishing, along with his dynamic personality and desire to share the sport of kayak fishing, has made Chad a leader of the worldwide kayak fishing movement. Chad is the host of Knot Right Kayak Fishing presented by FishUSA which airs on Sportsman Channel, the host of Kayak Bassin’ presented by Bonafide Kayaks which airs on WFN, and is the charismatic online personality behind the Chad Hoover YouTube Channel, the Kayak Bass Fishing Facebook Page and the Kayak Bass Fishing Instagram account.  Chad is also the founder and president of Kayak Bass Fishing – the nation’s foremost organization that engages, supports and informs kayak bass anglers. For more information, visit www.kayakbassinshow.com and www.kayakbassfishing.com.

About Heliconia: Heliconia is an award-winning video production company that specializes in outdoor productions. For 21 years Heliconia has helped industry-leading brands, and some of the world’s top tourism authorities, communicate their marketing message in a unique, and inspiring way. Heliconia offers custom video production services and produces six unique television series which air on such networks as Sportsman Channel, FOX Sports, Outside TV, Nautical Channel, and World Fishing Network. Heliconia is also a leader in online video productions, with over 272,000 YouTube subscribers and 66 million views. See all Heliconia’s work at www.helipress.com