Sharkbanz, makers of magnetic shark repellent technology, is excited to announce its partnership with the Eastern Surfing Association (ESA). The brand will be an official sponsor of this summer’s 2016 regional and championship tour events.

“We are super excited to support the ESA and give back to an organization that has done so much for the sport of surfing here on the East Coast,” says Davis Mersereau, Sharkbanz Director of Business Development. “Competitors and spectators can visit our tent at each ESA tour stop to learn more about Sharkbanz technology as well as our ocean conversation efforts here on the East Coast and around the world.”

The ESA is the largest amateur surfing association in the world. Founded by surfers in 1967, the organization promotes, preserves and protects the sport of surfing on the East Coast. The family-oriented programs promote a healthy, active lifestyle and often include two or three generations of the same family involved as members of the ESA.

Sharkbanz are a convenient shark deterrent for the beachgoer, swimmer and surfer. Created by surfers and divers and tested by marine biologists on predatory shark species, Sharkbanz use patented magnetic technology to interfere with sharks’ sensitive electroreceptors. Sharkbanz do not harm sharks or other sea creatures, use no batteries, require no charging and are designed to endure the most rigorous water sports. Beachgoers can buckle it on and enjoy ocean adventures with greater peace of mind.

Sharkbanz Will Be Displaying at the Following 2016 ESA Events:

Based in Charleston, SC, Sharkbanz is the creator of patented magnetic repellant technology to interfere with sharks’ sensitive electroreceptors. Created by surfers and divers and tested by marine biologists on predatory shark species, Sharkbanz magnetic technology does not harm sharks or other sea creatures, uses no batteries, requires no charging and designed to endure the most rigorous water sports. Learn more about Sharkbanz technology, products and shark conservancy efforts by visiting http://www.sharkbanz.com. 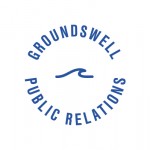