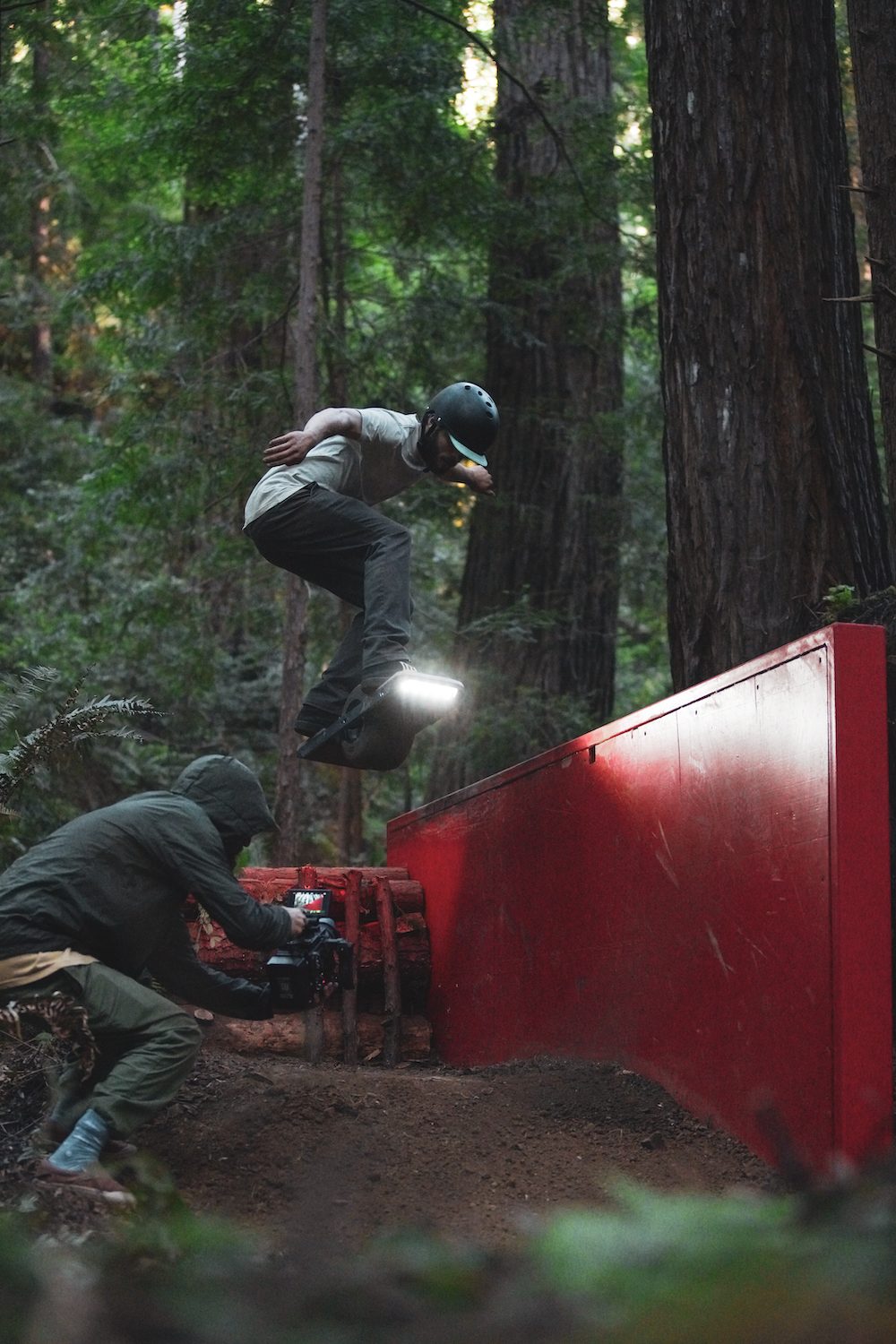 “Every boardsport started with humble beginnings,” says Chief Onewheel Evangelist, Jack Mudd. “We’re in the early days, but someday folks will look back on this project as a pivotal moment and a quantum leap forward for Onewheel as a boardsport.”

A grassroots movement of highly skilled riders has pushed Onewheel far past ‘last-mile EV’ into the realm of a new legitimate boardsport. Cinematographer and Onewheel rider, Aaron Hooper, dreamed of combining signature flowy Onewheel trail riding with the emerging ‘street’ riding scene to create something unprecedented. Aaron teamed up with Onewheel to build a quarter-mile dream trail, complete with a handful of massive features on a secret location in Northern California. Three of the best riders in the world, Kyle Hanson, Bodhi Harrison, and Brenden Shurmeier, came out for a week-long session which collectively pushed the limits of what has been done on a Onewheel.

Commenting on the video, Director Aaron Hooper said, “The goal was to combine the flow of trail riding with the difficulty of the streets. We wanted to build something that would push the sport forward, shape perceptions, and make viewers think, ‘Holy S***!”

PRESS KIT including press-quality images and downloadable video links are available at: www.onewheel.com/presskit.

Founded in 2013, Future Motion is committed to designing and developing inspiring vehicles that include both elegant form and unprecedented function. Future Motion’s products, Onewheel Pint and Onewheel+ XR, exemplify its dedication to crafting products that bridge recreation and transportation. Future Motion designs not only the Onewheel product line but also all the subsystems that power it, including custom brushless motors, power electronics and battery modules. Onewheel, which provides a riding experience similar to surfing but on paved or unpaved trails, is perfectly situated in Santa Cruz where the mountains meet the sea. Its products are protected by over 37 issued patents in the U.S. and worldwide.