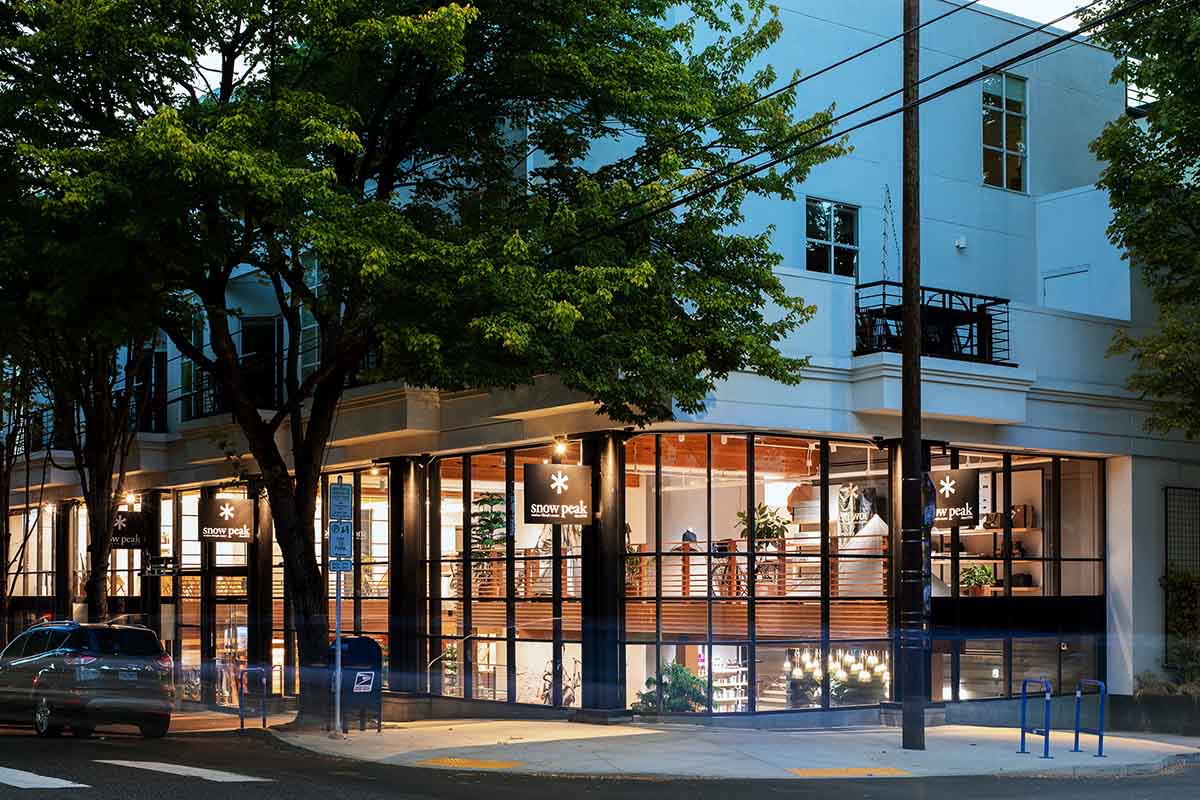 Portland, OR – September 30, 2020 – Originally scheduled to celebrate the opening of its new US headquarters and retail flagship at 404 NW 23rd Ave in Portland, Oregon on the weekend of September 11th, Snow Peak postponed events due to the historic wildfires burning across the state. The outdoor lifestyle brand has rescheduled the celebration for the weekend of October 3rd.

The grand opening event will begin with Taiko drumming on Saturday, October 3rd at 9:30 a.m. followed by a ribbon cutting and remarks from Snow Peak leadership at 10 a.m. For the first 300 visitors to the new retail space beginning Saturday, there will be a giveaway of limited-edition Portland Edition ECO Cups. Interactive activations will take place throughout the day, including custom anodization of any newly purchased titanium products.

Snow Peak is also using the grand opening as an opportunity to collect donations of used outdoor shelters and basic necessities for those who have lost their homes in the fires and for supporting first responders. The brand will collect donations of tents, sleeping bags, sleeping mats, camping chairs, camping tables and cots. Snow Peak will be matching donations with its own contribution of outdoor gear. Donations can also be made at Snow Peak’s retail store in NYC. For those living outside of Portland and NYC, Snow Peak is accepting shipped donations to its Portland warehouse from now through mid-October. Shipping details can be found at snowpeak.com

“Community is deeply important to Snow Peak and our headquarters is built with that in mind,” said Matt Liddle, chief operating officer at Snow Peak USA. “Snow Peak has long held that time spent outdoors with others is restorative to the human spirit, and an antidote to the stresses of modern life. As the fires burned across Oregon and much of the West Coast, the outdoors that so many escape to for tranquility was suddenly inaccessible. We want to do whatever we can to assist everyone who has been touched by this tragedy during an already challenging year.”

Snow Peak’s journey began in 1958, when Japanese mountaineer and founder Yukio Yamai created his own line of superior gear, inspired by Mount Tanigawa in Niigata Prefecture, Japan. It is this place that inspired Yukio, and to this day continues to inspire all of the products created by Snow Peak.