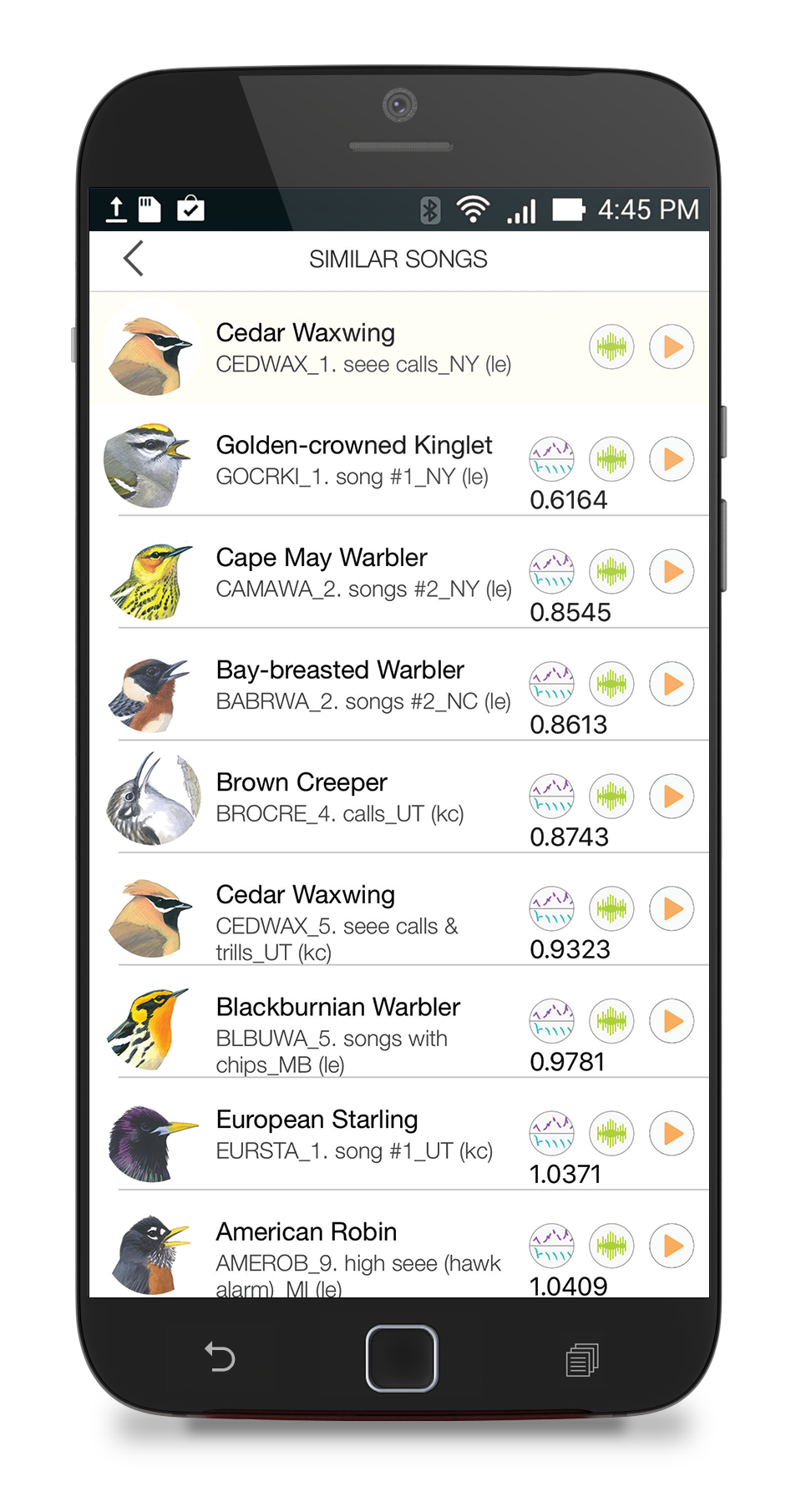 Developed by Wildlife Acoustics in collaboration with world renowned bird expert and illustrator David Sibley, Song Sleuth is a simple to use application that provides details and auditory learning tools to help birders of all levels identify birds by ear in the field or study them while at home.

“Song Sleuth is one of many tools that can help identify a bird, but its true benefit is helping people become better birders by familiarizing them with known birdsongs in a logical, familiar way,” said Sibley.

The app features detailed information and recordings on over 200 North American birds and guides users to identify birds in the field by their song.  Song Sleuth’s ability to identify birds by their song in real-time is based on Wildlife Acoustics’ decade-long development of algorithms for wildlife study.  Its software is similar in concept to what is used in speech recognition software, but specifically tailored to the unique acoustical characteristics of bird songs.

Wildlife Acoustics is the leading provider of bioacoustics monitoring systems for scientists, researchers, and government agencies worldwide. Bioacoustics is an emerging field of research that combines biology and acoustic data to gain insights into the natural world.

Before users can use the app’s “Record and ID” function to identify birds by their song they must first set the app’s location in the “Species List” section.  Users can also tailor the list to other locations and times of year to study bird songs in preparation for birding trips or pure curiosity.  The list can be further sorted by species common name, grouping, or likelihood.

To identify a bird’s song in the field, users need to only push the record button in “Record and ID” mode. The app begins recording a few seconds prior to initial recording and a visual representation of the frequencies and timing of the bird’s song are depicted in a real-time spectrogram on the screen.

Once users have completed recording the bird’s song by tapping the record button again, a song isolation screen helps users to hone in on the actual song of the bird they want to identify, while filtering out other birds’ songs or extraneous noises.  After isolating the song the app immediately reveals the three most probable birds in the “Likely Matches” screen.  Here users have a myriad of options to help them make the final identification of the bird including playing example recordings of the likely matches, comparing spectrograms of the example recordings with the user’s side-by-side, or accessing The David Sibley Bird Reference.

The David Sibley Bird Reference includes beautiful illustrations created especially for the app by Sibley that can be zoomed in on to study the birds features.  The reference also includes zoom-able range maps and charts showing the likelihood of a bird’s presence based on the location set in the “Species List” for any given time of year.  The reference also features an information page with species description, identification cues, and vocalization tips, as well as preloaded sample recordings.

In the “Recordings” section of The David Sibley Bird Reference, users can access the “Similar Song” feature which matches the selected with similar songs from other species.  The function allows users to listen to various species alongside each other, so they can compare and learn the nuances of like sounding bird songs.  Additionally, the “Compare Mode” lets users further compare the recordings on a single screen not only by their audible songs, but also by comparing the spectrograms, a visual representation of the recordings.

Each recording is saved in the “Recording List” area where users can revisit and study their recordings.  Here they can add custom notes, download the audio files or share recordings with fellow birders via email or messaging.  Additionally, each recording is geotagged and can be viewed on a map in the “GPS View”.

Song Sleuth is available on Google Play for $9.99.

David Sibley is the iconic self-taught bird illustrator and foremost authority on North American birds.  His seminal work, “The Sibley Guide to Birds,” (2000) made him a fixture in the birding world and includes 6,600 of his beautiful and detailed watercolor illustrations. Learn more at www.sibleyguides.com.

Wildlife Acoustics, Inc., (www.wildlifeacoustics.com) is the leading provider of bioacoustics monitoring systems for scientists, researchers, and government agencies worldwide.  Founded by Boston’s technology success story Ian Agranat, Wildlife Acoustics creates groundbreaking and affordable hardware and software tools for biologists and researchers who monitor a multitude of wildlife, including but not limited to birds, bats, frogs, insects and marine life, through bioacoustics; an emerging field of research that combines biology and acoustic data to gain insights into the natural world.