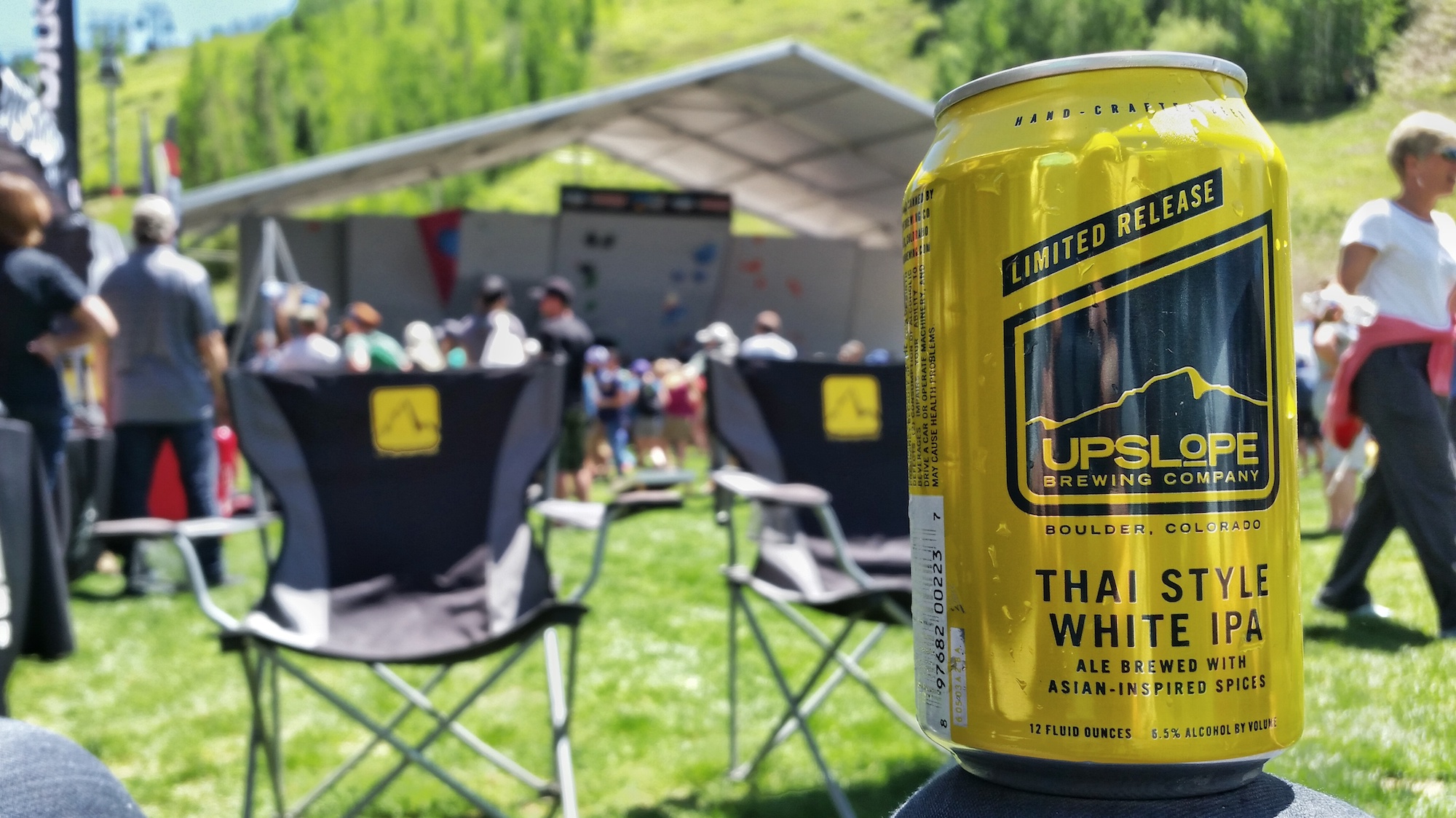 A collaboration with the eclectic Euclid Hall Bar and Kitchen in Denver, the fan favorite beer contains seven Asian-inspired spices including coriander, Thai basil, lemongrass, and ginger, forming a delightfully distinct beer balanced with notes of citrus from the hops. The Thai Style White IPA is brewed with Belgian Wit yeast and hopped like an American IPA.

Coming down the pipeline in early July is Upslope’s third Lee Hill Series beer of 2017, making it the 13th installment of the quarterly series, Lee Hill Series Volume 13 – Tequila Barrel Aged Belgian Style Quadrupel. The 11.2% ABV, 42-IBU beer is a throwback to a classic volume of the Lee Hill Series. Layered notes of caramelized banana, mulled clove, and floral tequila give way to a spicy oak character and ​a ​warming finish to round out the Belgian​-​style Quadrupel.

“Drawing from experience with our Belgian-style Quadrupel, we knew the base beer’s richness and body would pair wonderfully with the assertive flavors of the tequila barrels,” said Upslope’s Head of Barrel Aging and Special Projects, Charlie Condon. “The flavors have come together to create a decadent beer we are more than proud of.”

The Thai Style White IPA is now available at both Upslope tap rooms and across Upslope’s distribution region of the Rocky Mountain and Southwest US. The Lee Hill Vol. 13 will be sold in Upslope’s two tap rooms and select liquor stores while supplies last.

Boulder-based Upslope Brewing Company is the creator of premium ales and lagers that are artfully crafted using natural ingredients. Packaged in aluminum cans for exceptional portability and because it’s best for the environment, Upslope complements the outdoor lifestyle and caters to the on-the-go beer enthusiast. The five flagship beers include: Citra Pale Ale, India Pale Ale, Brown Ale, Craft Lager and Imperial India Pale Ale. Additional installments are offered in a Limited Release Series, the Lee Hill Series and the Tap Room Series. In an ongoing effort to protect watersheds nationwide, and the key ingredient in Upslope ales and lagers, one percent of Upslope Craft Lager can sales benefits local Trout Unlimited chapters in the state in which the beer is purchased. Learn more about Upslope at www.upslopebrewing.com.