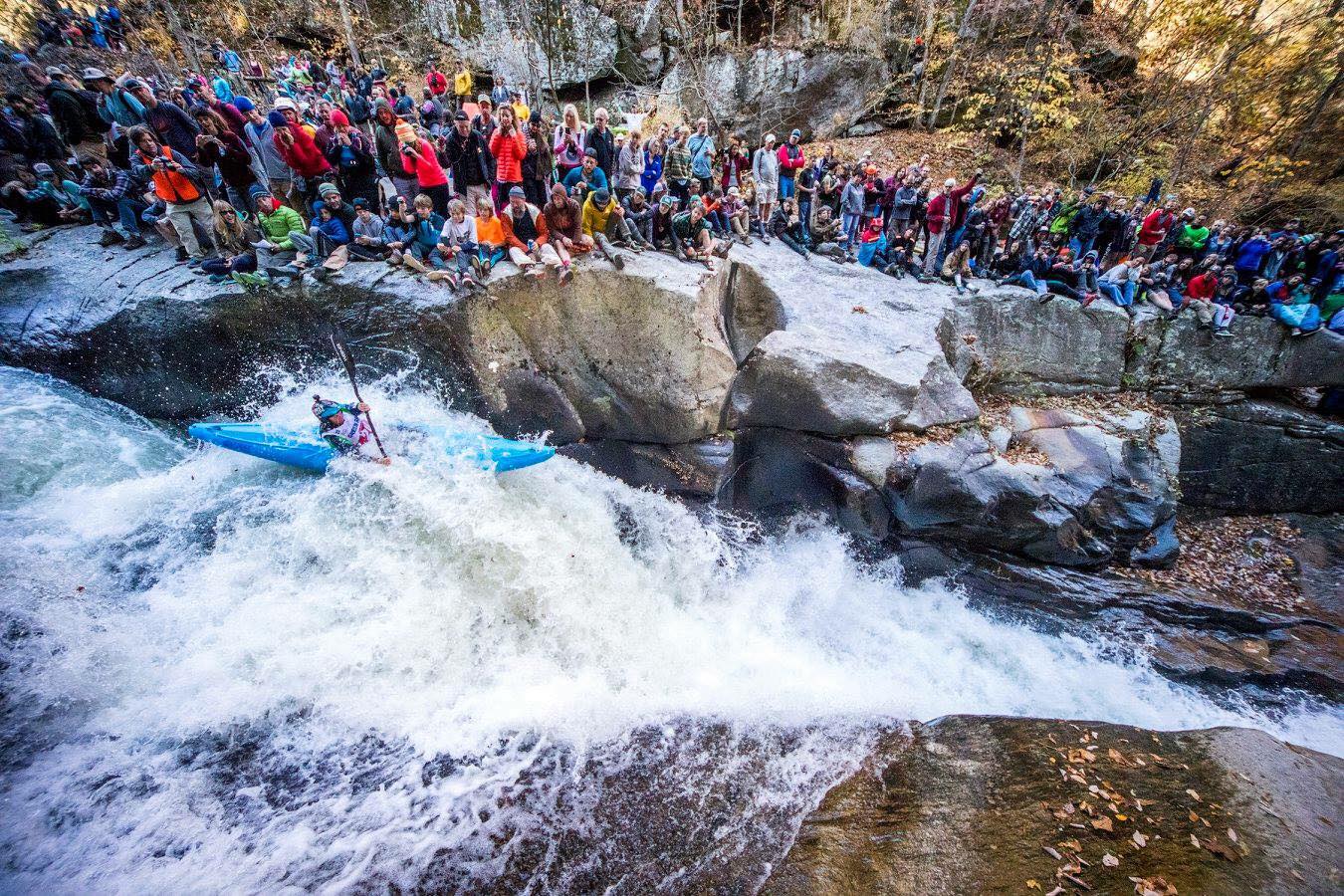 “Team Dagger’s 2016 roster is made up of some of the best paddlers in the world. We are proud to have had so many talented athletes compete in this years race and finish so strongly,” said Chris Gragtmans, manager of Team Dagger.

This notoriously challenging race takes place at one of the steepest sections of North Carolina’s Green River Narrows. This year, Team Dagger competed among hundreds of world-class kayakers. Participants battle to complete this grueling course in the fastest time possible.

Seven-time champion and Canoe & Kayak’s 2016 Paddler of the Year, Adriene Levknecht, placed at the top of the women’s field, 9th overall; finishing 54 seconds ahead of second place. Levknecht also broke the women’s record she herself set by three seconds, with an overall time of 4:35.

Brad McMillan also came in with a strong third place finish overall in the men’s field. McMillan placed first in the Green Race C1 category in 2012, making this his second top-three finish in the race. Dagger athlete Tad Dennis had a noteworthy performance as well, placing second in the C1 category.

“It’s always satisfying to see our team compete strongly in events. Our athletes are incredible people in and out of the water and it’s wonderful to see their hard work pay off,” said Ashley Galloway, marketing manager for Dagger.

Team Dagger athletes compete in freestyle and creek race circuits where they maneuver some of the most challenging rapids in the world. Their performance as a team overall in the 21st annual Green Race continues to place Team Dagger as one of the top pro teams in the nation.

About Dagger®
Dagger doesn’t believe in going half-way, or giving “just enough.” In the world of paddling, Dagger is all in, and has been since 1988. From recreational moving water kayaks to whitewater boats bound for class V creeking and all water in between, Dagger designs and manufactures premier kayaks for all paddling styles in Greenville, S.C. From the mountains to the sea, Dagger represents the relentless pursuit of adventure. If your soul is also one with the water, join the Dagger Community and check out the kayaks at dagger.com.