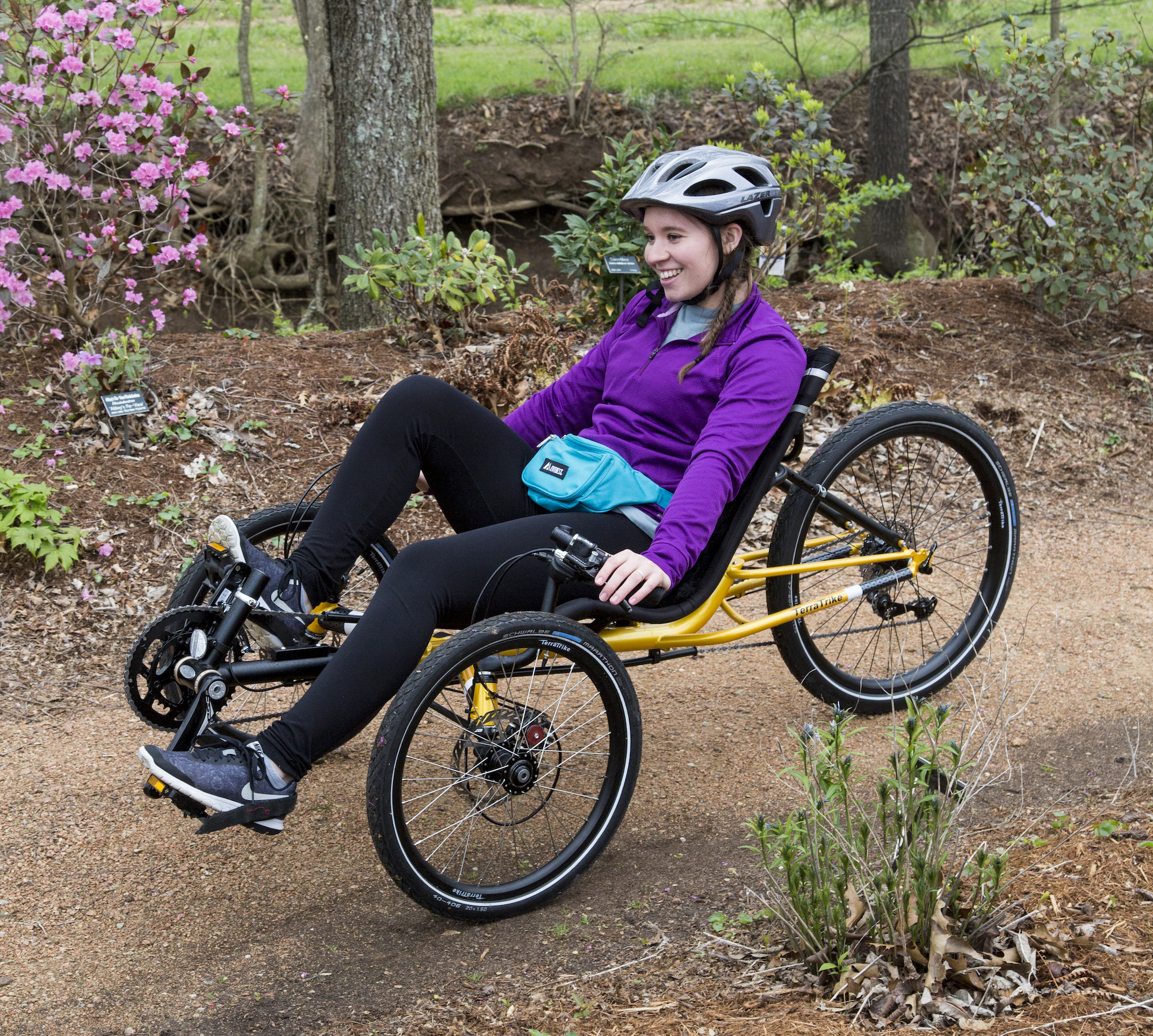 The GT is designed to go the distance – in comfort

GRAND RAPIDS, Mich. (September 15, 2017) — TerraTrike (www.terratrike.com), a pioneer in the recumbent trike industry, has released a new touring trike for the era of bikepacking. The Grand Tourismo (GT) is the result of 20 years of innovation, incorporating performance enhancements alongside TerraTrike’s signature ergonomics.

“The bikepacking bandwagon is really picking up speed and TerraTrike is rolling right alongside, offering something for the folks that want a bit more of a relaxed ride,” said Jeff Yonker, marketing director at TerraTrike. “Sitting on an upright bike seat can be tough, especially for long distances, day in, day out. We’re not saying the new GT is going to convert the whole road bike choir, but they don’t know what they’re missing.”

With a new frame design, the GT affords exceptional vibration dampening, more heel clearance for easier pedaling and entry, and a triangulated rear end that improves efficiency with every pedal stroke.

Outfitted with either “x16” or “x20” component levels, the GT features direct steering, disc brakes, an adjustable boom and a reclining seat with an extended seat pan to improve the aerodynamic posture of the body while maintaining ergonomic comfort.

“Add some of our new custom fitted Storage Solutions bags to the GT and you will be just as happy taking it on a jaunt to the grocery store as commuting 20 miles or heading out on a Race Across America,” said Yonker.

Since its founding in 1996, TerraTrike has worked hard to establish a passionate community of riders, and nurture the laid-back lifestyle around recumbent triking.

“It’s about being comfortable and staying active,” said Yonker. “And based on our increasing sales numbers, people coming from miles around for RiderFest and participation in TrikeGroups.com, this is what more and more people want. I say let them have their cake and eat it, too.”

The GT has a base MSRP of $1999 (x16 model) and will be available through authorized TerraTrike dealers beginning September 15. More information can be found on the TerraTrike website at www.TerraTrike.com.

TerraTrike (WizWheelz, Inc.) is headquartered in Grand Rapids, Michigan and is the largest producer of recumbent trikes in the U.S. The TerraTrike brand has been going strong for over 20 years, maintaining one of the industry’s most extensive sales and support teams, with over 200 dealers in multiple countries. For more information, visit Terratrike.com or find them on social media – Facebook, Twitter, YouTube.