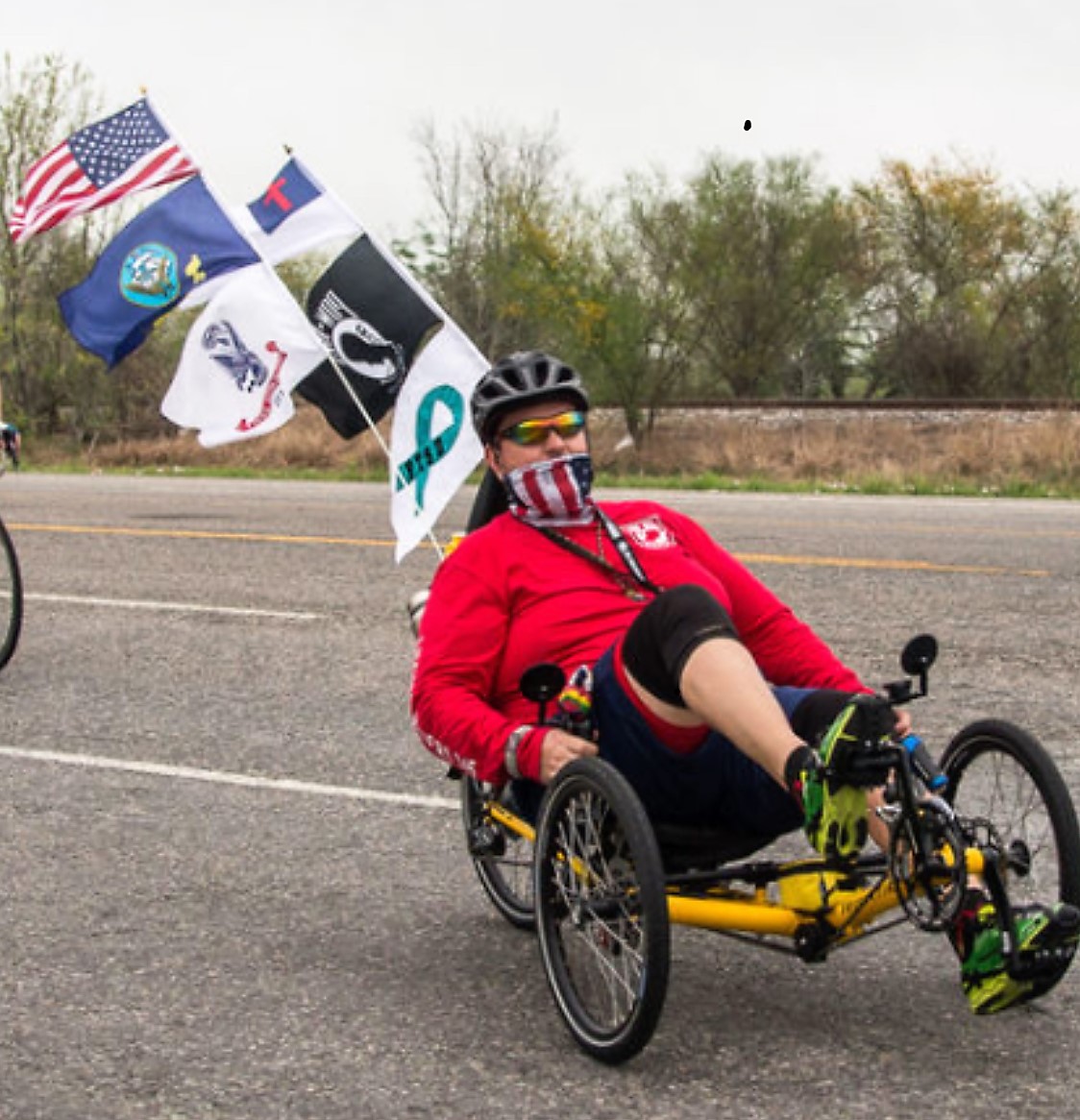 GRAND RAPIDS, Mich. — TerraTrike is proud to announce the sponsorship of Gregory Hook, a Navy veteran, who has embarked on a ride around the perimeter of the U.S. to raise awareness for military veterans struggling with post-traumatic stress disorder.

“TerraTrike’s foundation was built from the dream of being ‘part of the solution’ and seeing what Greg is doing is an inspiration to all,” said Jeff Yonker, marketing director at TerraTrike.

Hook began his solo 12,000-mile circumnavigation of the U.S. on April 4, his 48th birthday, riding west on a TerraTrike Tour II with a tow-behind trailer. His goal is to raise $25,000 for the Christian Warriors Retreat, a community non-profit that helps veterans based in Victoria, Texas.

“I know I just have to take it one pedal turn at a time,” said Hook, “and stay consistent with my cadence and be cautious with my gear selection. It’ll be challenging to be away from my family and friends for so long. I’ll need to stay focused, take in the sights and sounds and remember that I’m doing this for a good cause.”

Hook’s oldest son, William, returned from a U.S. Army tour in Iraq and suffered heavily from PTSD. At that time, few programs or treatment plans existed for veterans struggling with the effects of PTSD. William died of an accidental overdose in 2013.

“There is way more that needs to be done to help our current veterans,” said Hook. “By doing this ride around the U.S., I want to share my son’s story and raise money to help sponsor veterans to come to the Retreat Center for healing.”

TerraTrike’s sponsorship of Hook includes remote support, free repairs or maintenance at any authorized TerraTrike dealer for the duration of his trip and any gear necessary for his journey. Sponsoring Hook is part of a new ambassador program initiative which TerraTrike hopes to launch in the coming months.

For more information on Hook and his circumnavigation of the USA, go to TexasTriker.blog or follow him on Facebook.

TerraTrike (WizWheelz, Inc.) is headquartered in Grand Rapids, Michigan and is the largest producer of recumbent trikes in the U.S. The TerraTrike brand has been going strong for over 20 years, maintaining one of the industry’s most extensive sales and support teams, with over 200 dealers in multiple countries. For more information, visit Terratrike.com.