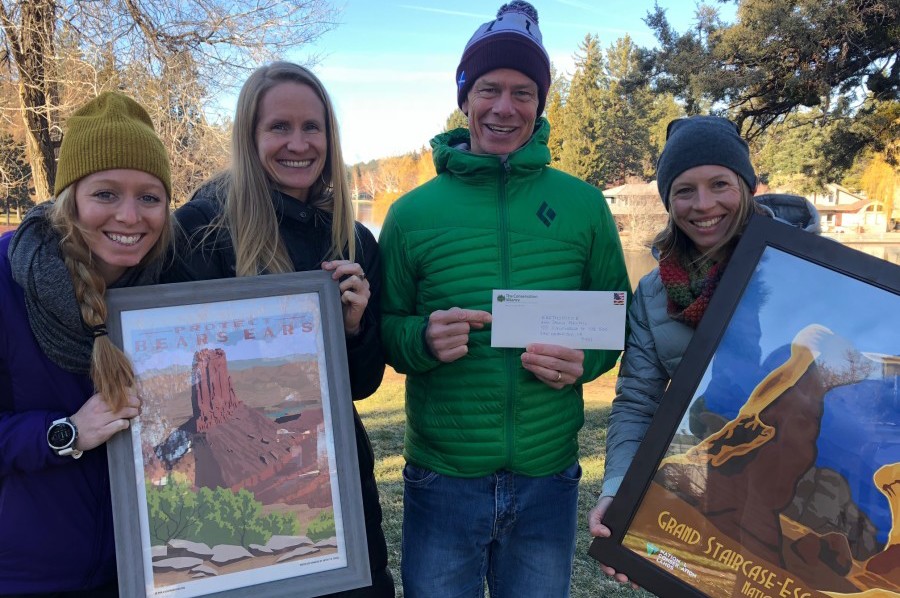 $75,000 Grant to Earthjustice is the Largest in the Group’s History

BEND, Ore. – The Conservation Alliance made a $75,000 grant to Earthjustice today, supporting the organization’s legal challenges to President Trump’s unprecedented changes to national monument boundaries. The grant is the largest contribution The Conservation Alliance has ever made to one organization, and will support litigation aimed at halting changes to national monuments throughout the Western U.S.

“President Trump is attempting what could be the largest rollback of public lands protections in American history by axing the Grand Staircase-Escalante and Bears Ears National Monuments,” said Heidi McIntosh, Earthjustice’s managing attorney in the Rocky Mountains region. “But his proclamations are illegal. And they will be met by a roar of disapproval from the American people who love these lands and who stand by the Native American tribes for whom these lands are sacred.”

The Conservation Alliance invested heavily in the organizations that led the effort to secure national monument designation for Bears Ears and nine other monuments during the Obama Administration. Each of these landscapes has significant outdoor recreation, cultural, wildlife, and scientific value. President Trump ordered a review of national monuments earlier this year, during which three million Americans submitted comments. More than 99 percent of those comments urged President Trump and Interior Secretary Ryan Zinke to leave all monuments under review unchanged.

“The President has chosen to ignore millions of Americans to put at risk two places he has never seen,” said John Sterling, Executive Director of The Conservation Alliance. “We are proud to protect our investment in these landscapes by supporting Earthjustice’s efforts to challenge this assault on our public lands.”

In addition to defending Bears Ears and Grand Staircase-Escalante, Earthjustice is prepared to go to court to defend national monuments in New Mexico and California. The law firm is already engaged in litigation to protect Cascade-Siskiyou National Monument in Oregon.

“In this reckless assault on our shared natural heritage, the President is proposing to remove protections for wildly popular National Monuments that drive local economies and hold great concentrations of Native American antiquities, stunning recreation opportunities, and areas with unique scientific value,” said Sterling. “Bears Ears and Grand Staircase-Escalante are exactly the kind of landscapes the Antiquities Act was intended to preserve.”