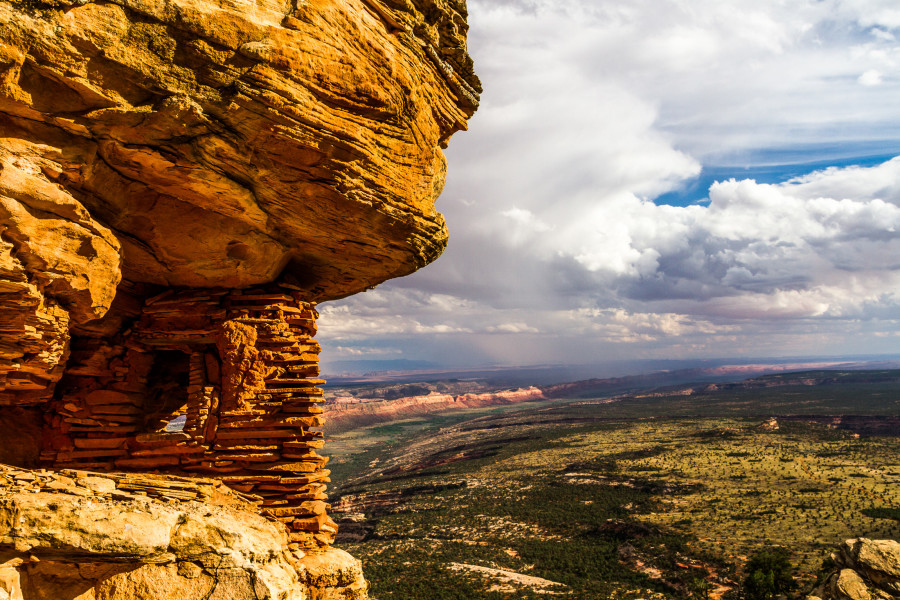 BEND, Ore. (December 4, 2017) – Today, President Trump launched an unprecedented attack on America’s public lands. In a move that favors short-term profits for extractive industries over Native American cultural heritage and a sustainable outdoor recreation economy, Trump signed an executive order that attempts to shrink the boundaries of Bears Ears and Grand Staircase-Escalante National Monuments. His order reduces Bears Ears by 85 percent, and cuts Grand Staircase-Escalante in half. Like many of President Trump’s executive orders, this one is likely illegal, and will immediately be challenged in court by Native Americans, conservation organizations, and outdoor recreation interests. The Conservation Alliance opposes any attempt to reduce the boundaries of existing National Monuments by executive action, and is prepared to fund legal challenges to this assault on our national and natural heritage.

When President Trump ordered a review of National Monuments earlier this year, we supported efforts to show how strongly local citizens and businesses support both Bears Ears and Grand Staircase-Escalante. During the National Monument review, three million Americans submitted comments, more than 99 percent of which urged President Trump and Interior Secretary Ryan Zinke to leave all monuments under review unchanged.

At the behest of Utah’s political leadership, the President has chosen to ignore millions of Americans to put at risk two places he has never seen. It is no coincidence that Trump ordered the dismantling of two of Utah’s most iconic national monuments just days after Utah Senator Orrin Hatch, Chair of the Senate Finance Committee, ushered the tax cut bill through the Senate. In this reckless assault on our shared natural heritage, the President is proposing to remove protections for wildly popular National Monuments that drive local economies and hold great concentrations of Native American antiquities, stunning recreation opportunities, and areas with unique scientific value. Bears Ears and Grand Staircase-Escalante are exactly the kind of landscapes the Antiquities Act was intended to preserve.

President Trump’s action is part of a broader attack on our public lands by Congress and the White House; an attack that we expect to play out over the next year. The Conservation Alliance will work closely with our member companies and our partners in the conservation community to respond to this and any subsequent attempt to undermine our special wild places. We will use our Public Lands Defense Fund to fund grassroots conservation groups in their efforts to defend our public lands. And we will continue to organize our member companies and their employees and customers to speak out forcefully in support of our public lands.

Since President Trump and Secretary Zinke launched their National Monument review, our member companies and their employees have joined an unprecedented movement in support of public lands. That movement is only growing, and we will continue to stand strong as we defend our National Monuments now, and make plans to secure new protections for public lands in the future.