Samantha Blatz has taken on the role of senior marketing manager. Blatz comes to The New Primal from VaynerMedia, where she most recently worked as senior account executive.

Jacquelyn Jeanes joins The New Primal team as the senior supply manager with over nine years of logistics experience. Most recently, she spent two years at High Brew Coffee where she worked as the supply chain and purchasing manager.

Bringing over seven years of design experience to the table, Kelsey Diehl will serve as the company’s graphic designer. Diehl joins The New Primal from Createspace, an Amazon company, where she oversaw various company design projects.

“Expanding our team is an essential step as The New Primal continues to grow and gain even more momentum,” said The New Primal founder Jason Burke.  “With multiple product launches happening this fall and added distribution, we are grateful to have Samantha, Jacquelyn and Kelsey on board.”

In 2016, The New Primal took over as the number one selling jerky in the natural retail space and is now available in over 5,000 locations. Continuing to grow at a steady rate, The New Primal increased its sales over 200 percent in the past year.

About The New Primal
As a pioneer in grass-fed jerky snacks, The New Primal brings a fresh approach to an old favorite. While The New Primal began with jerky, its core mission extends to a way of life that emphasizes simplifying and fueling world adventures wherever they may take you. The New Primal is a company built on honesty, transparency and integrity and hopes to inspire anyone who encounters the brand to make better food choices. You are what you eat. Choose Wisely™. Learn more at www.thenewprimal.com 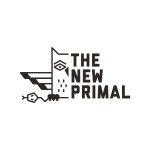