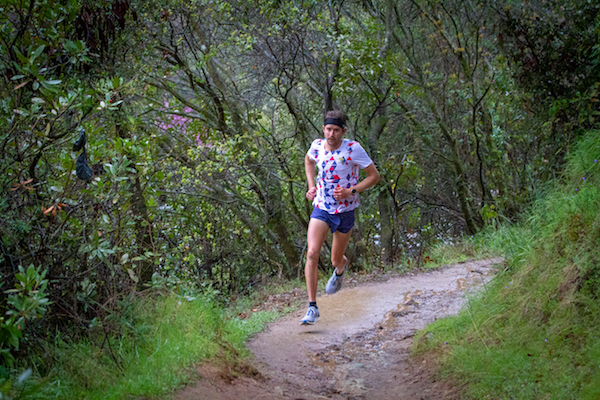 March 25th, 2020, Santa Barbara, California – The rabbit team continues to grow in both quantity and quality after a second major signing this month.

Hayden Hawks, one of the best U.S. male ultrarunners in recent years, has officially been added to the rabbitPRO roster. Along with the signing of Amanda Basham earlier this month, it’s a major step forward for the California-based running apparel brand. Like Basham, Hawks has had laudable results both nationally and internationally over the past few years.

A former Southern Utah Thunderbird with stout personal best times on the track, Hawks first made a splash in ultrarunning by winning the 2016 Speedgoat 50k and finishing second at the 2016 North Face Endurance Challenge – San Francisco 50 Miler. Since then, his most notable performances include international wins at the 2017 Ultra-Trail du Mont-Blanc (UTMB) festival’s CCC 102k and the 2018 Lavaredo Ultra Trail 120k, and stateside wins at the 2019 Chuckanut 50k in Washington and the 2020 Black Canyon 100k in Arizona.

“rabbit not only makes the most amazing, comfortable, lightweight, and functional running apparel you can get your hands on, but the company is owned by amazing women. [The people at rabbit] are so genuine and care about everyone they work with and everyone wearing their products. I am a big fan of all the pieces and have never had more comfort on the trails than I have had wearing rabbit apparel,” says Hawks.

Originally from St. George, Utah and currently residing in Cedar City, Hawks owns a coaching business where he connects with people around the world. When he’s not busy training, traveling for races, competing, or coaching, he spends much of his time with his wife and two-year-old son. It’s not surprising, then, that Hawks found comfort in joining a family-oriented company like rabbit.

Key races for Hawks in 2020 include the Western States 100 on June 27th, where he intends to race for the win, and then three international races in the second half of the year: UTMB’s OCC 50k in August, Les Templiers 78k in October, and Ultra-Trail Cape Town in November.

You’ll first find Hawks in the rabbit kit at the Bryce Canyon 60k in Utah on May 30th.