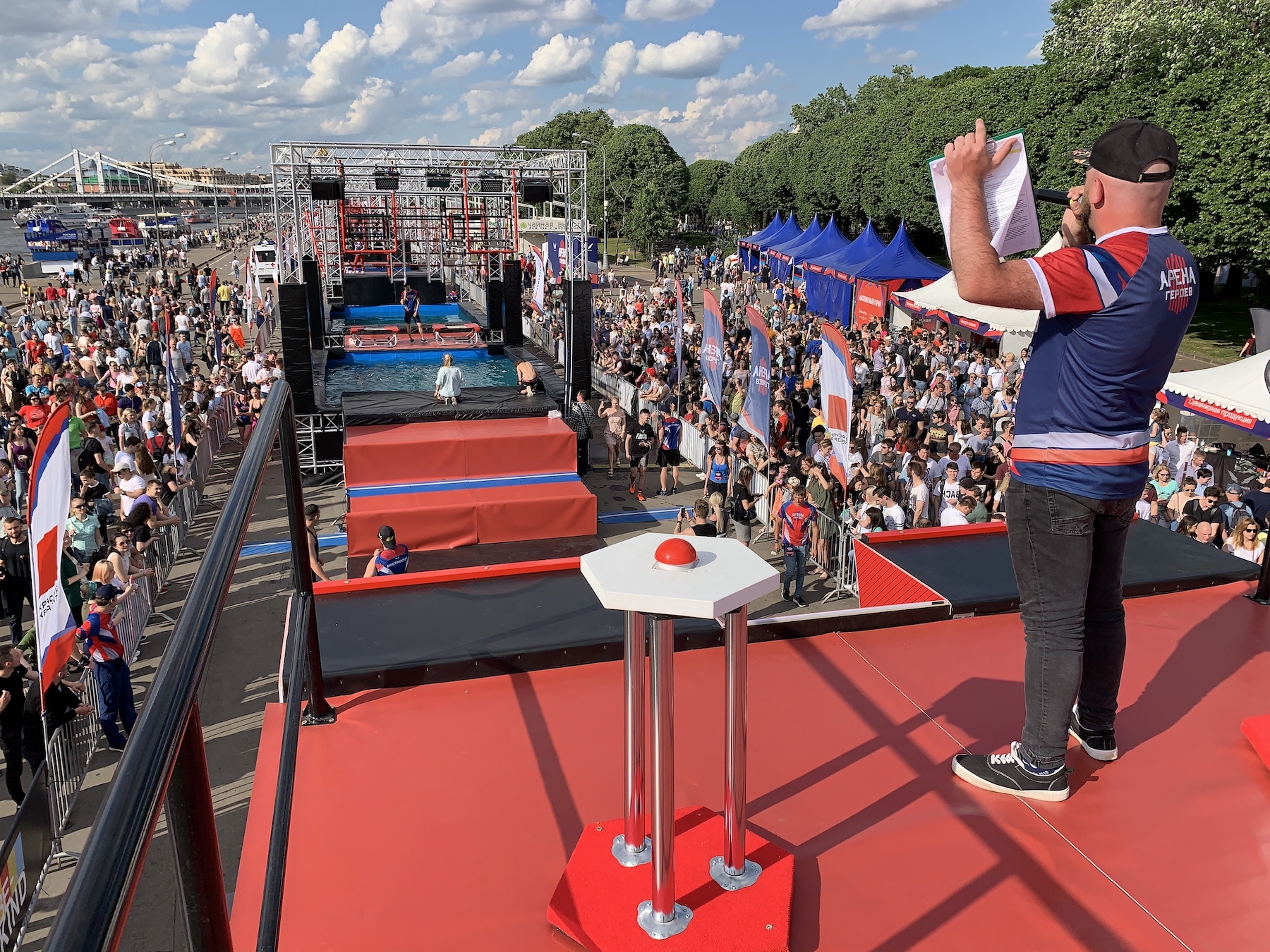 LAUSANNE, SWITZERLAND –The first World Championships for Ninja Warrior athletes, the most watched event in obstacle racing, will be held in the famous Gorky park on the banks of the Moscow River. 2,000 athletes representing countries from Asia, the Americas, Europe and Oceania will vie for converted world titles.

Athletes compete on a 160 m long course with 12 challenging and spectacular obstacles. The format has been popularized by the television shows American Ninja Warrior and Sasuke, filmed in 39 countries, where over 250,000 people have applied to compete. The Ninja OCR World Championships is the first time the competition is being produced as a major international sporting event.

Race categories include individual men, induvial women, and a mixed relay. Relay teams of 4 include at least one man or at least one woman, and each person completes 3 obstacles. The fastest expected time is around 90 seconds for individual athletes.

Ms. Dilyara Sadikova, Vice President of product for the event production company, Hero League, announced “We are providing international athletes the chance to race on a thoroughly tested and extremely popular course. The Ninja OCR World championships includes competitive categories for elite athletes and those in age groups of 18-29, 30-39 and 40+. In addition, anyone can compete on the course in the Open category.”

“This Championships fulfills a demand from people to compete in the most world’s most popular obstacle competition show format” said World OCR President, Mr. Ian Adamson. “It provides a way for athletes to compete in obstacle races at the highest level, with the possibly of setting national, continental and world records. The Ninja OCR World Championships are a step on the path to obstacle races in international multisport Games.”